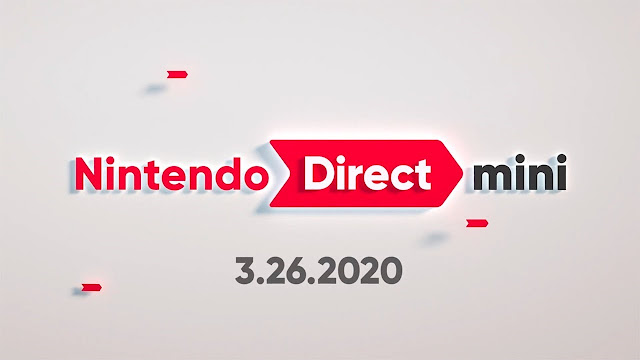 After what felt like an eternity, Nintendo finally graced its fans with a new (mini) Direct, shadow dropping a roughly 25-minute long presentation on Thursday. Sadly, it turned out to be kind of a disappointment. It wasn't bad persé, it just lacked that 'wow'-factor many were hoping for.

The main reasons many fans, including me, were awaiting this Direct so eagerly is that we don't really know what the year is going to look like for Nintendo. With Animal Crossing New Horizons having been released, there isn't really any new, major, first-party release to look forward to. We know about a few games that are in development, the Breath of the Wild sequel for example, but nothing more about those titles. The games that we do know are scheduled to release this year like Xenoblade Chronicles Definitive Edition didn't have a concrete release date announced, they could be coming at the end of the year for all we know. So what most people wanted to know from Nintendo was simple: for Nintendo to reveal a bunch of new games that we didn't already know about or to give some of the in-development games to get a release window, preferably for this year. Neither of which ended happening with this direct. We did get a little bit of those wishes; the aforementioned Xenoblade Chronicles got a release date of May 29th, and Bravely Default II even got a demo, but for first party games those were kind of it in the new games department.

That isn't to say Nintendo didn't have anything in store for their fans. Plenty of third party games were announced for the system, a good chunk of which were even released right after the Direct. The ports also keep on coming, with 2K games releasing collected editions of XCOM 2, Bioshock and Borderlands, all coming to the Switch in May. While they are at this point quite old games they are very good games. The fact their coming to the Switch give a chance for fans who have never played the games to check them out and the appeal of playing them on the go will certainly convince others to double-dip, so to speak. Nintendo has historically had trouble with attracting third party support, so getting three different packages from a big third party publisher is definitely not a bad thing.

Nintendo themselves also had some, small scale, surprises in store. Super Smash Bros. reveals always do well and Nintendo announced that the first fighter in the 2nd DLC pass is going to be a character from ARMS, though which character exactly we still don't know. Not only that but if you're a Nintendo Switch Online subscriber you can play ARMS for free for around a week or so. Ring Fit Adventure, which has been an unexpected success to the point it's still experiencing stock shortages, got a free update. The update included some quality of life improvements and some new modes. A new jogging mode and a clearly Beat Sabre inspired music mode were you have to move the ring, and your body, to 17 music tracks from Nintendo games like Super Mario Odyssey. Lastly, the trailer ended with a new trailer and some more information about the Pokémon Sword and Shield expansion pass giving fans another look at Pokémon's first foray in the DLC department.

All in all, the Direct was packed with quite a lot of stuff, but without any big announcement the year a big reason why people wanted a Direct so desperately wasn't fulfilled. Even so, the presentation had enough (small) content, and some welcoming third party support, that gave fans enough to look forward to for at least a little while.