Let’s Talk About the price of Nintendo games

Why is it that Nintendo games rarely get a price drop or go on sale? 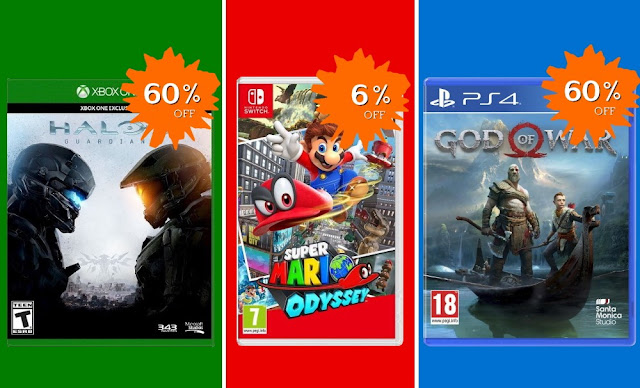 I'm pretty sure that, if you're a Nintendo gamer, you've been in this situation before. You want to buy a Nintendo published game a good time after release, you didn't have the time for it at release but you do have now. You go to a store pick up the game you want and decided to stroll across the isle of games to see what else out right now. 'Wait a minute' you think, when you're in the PS/XBOX section, 'my game is over a year old and is still priced at 60,- while these games are barely a few months old and they're already 20,- off!' Yeah, that's something that you need to get used to when you're a Nintendo fan. While PS, PC and Xbox games are regularly discounted, either through a sale or just a general price-drop, that is not the case with games from the big N. Why is that you ask? Well, after doing the research, I can point to four factors that all contribute to the high price of Nintendo games. Quality, quantity, accessibility and production costs.

First off though, let's set the tone a bit better. The high price of Nintendo games isn't something recent. It has always been this way. There's not a whole lot of data to be found on the NES/SNES pricing history but there is on the N64 onward. What this shows is that games like Pikmin, a rather niche franchise especially in its early GameCube games, never really dropped in price. Even years later, after their consoles are long gone, Nintendo games hold and more often than not, even increase, in value. Take Pokémon games for example. You'd think that, with how successful these games are that a few years after release both leftover stock and second hand will be easy to come by without breaking the bank. Not. You'll often find it difficult to get your hands on an older Pokémon title and if you find them, they are usually the exact same price or even higher then when they were brand-new. I managed to snag a 2nd hand copy of Soul Silver this summer, without the Poké-Walker accessory, for the low, low price of 50,-. And that's considered a good deal.

Now that we've established that, let's dive into the first thing I mentioned: the quality of the games. I don't think many people nowadays inspect a games box anymore if they even buy a physical copy, but if you do you'll find that every Nintendo game has a golden seal placed on it somewhere. This is the 'Nintendo Seal of quality' and has been on every Nintendo game since the NES. Back in the late '80s when Nintendo entered the console market in the West, the videogame crash of 1983 was still fresh in people's memories. Videogames were seen as a product that had run its course and something consumers and stores wouldn't touch with a ten-foot pole. There are many, many reasons why the video game crash happened but what you need to know for now is that an oversaturation of bad games was one of them.

When Nintendo came to the west they address as many factors that led to the crash as possible, this being one of them. They had strict guidelines when it came to publishing games on their consoles, from a restriction in the number of titles that could be published to the quality of the games themselves. If they passed these guidelines the games would get this seal. It was meant to keep the quality of the games high and show consumers that these were good games worth buying. While nowadays the value of this seal has been decreased quite a lot, just looked at the amount of shovelware the Wii had during its life, the sentiment has remained. If you buy a Nintendo game, you know that the game is (some stinkers notwithstanding) good.

Now for the quantity of the games, it's all much more straightforward. In comparison to its rivals, stock of Nintendo published games are always (much) lower. While other game publishers tend to manufacture as many copies of a game as they can, especially for the AAA titles, Nintendo has more of a 'wait and see' approach. They make sure to have a healthy amount of units in store for launch day. Enough that the game is readily available for day one buyers but not enough that they'll be warming the shelf for weeks on end. When I go to pick up a new Nintendo game at launch, there's always a 50/50 chance that the first store I go to has already sold all of their copies and I have to go to another one to pick it up there. Not a big deal really, I've ever only missed out on 2 new Nintendo games in my life but it's a good example I find.

When it comes to restocking, Nintendo has the same reserved approach. Just look at the NES classic for example. They initially only produced a limited amount of the plug-and-play console because they knew it would only appeal to a small number of gamers. When it turned out that the demand for it was much higher than, even kick-starting a wave of miniature classic consoles, they restocked it but in a limited capacity still. Both it and the SNES classic are already considered a rare and valuable these days and the latter only left production a small two years ago. When there are fewer copies of a product out there, especially if it is a good product, that means that said product will be more sought after and thus more expensive.

What do I mean by accessibility? Simple. You can't, for example, see that the game is cheaper on Xbox and pick up the game for that platform. If you want to play Nintendo games, you're going to have to do it on a Nintendo console. As Nintendo controls both the games and the platform that you need to play them on such competition as I stated above isn't something they have to deal with when it comes to their own games. They thus have much closer control over their games and thus their price as well. They keep the prices high because they can. And because they know you will pay. If you want to play Breath of the Wild, you can only do so on a Nintendo console and even if they wished that the game would be cheaper by now, it's your only option. Hench, you pay.

Lastly, production costs also play a role. From all of Nintendo's history ever since it entered the videogame market with the Famicom in its native Japan, only two of its systems have used standardized discs, the Wii and the Wii U. The GameCube also used discs, but there were of a smaller size and thus not the industry standard. All other consoles have used cartridges to house the games. Why is this so important? Because cartridges are more expensive to produce than a standard DVD or Blu-ray disc, plain and simple.

This higher production cost is pushed to the consumer, which is why multiplatform games like L.A. Noire or oftentimes more expensive on the Switch then they are on other platforms. On games that do have the same price across every single platform, this means that Nintendo and the game's developer don't have the same profit margins as on the other platforms. It's another reason there aren't (nearly as much) pride drops or sales for Nintendo (published) games. They're already not making as much profit from these games as the rest and thus lowering the price would 'hurt' them more. The production costs per unit won't really change after all.

So, there you have it. The reasons why the price of Nintendo games remain so high while those of its competitors don't. This all begs the question though: is this a good or a bad thing? Its… hard to say really. There are as many good sides as bad sides I feel. It keeps both the value of the 'Nintendo brand' and games up on the 2nd hand market up. You won't get situations like Fallout 76 and your old copies of Nintendo games will still catch you a good penny if you choose to resell them. It's can also be frustrating for consumers. seeing that they can be multiple other games for the same price and can keep them from buying a Nintendo game because they find the price to high. Like we've also seen with the Wii U, when one of their consoles performs poorly, the high price of its games only makes the problem worse.

While I would love it for games to get a price drop more frequently and go on sale more often, I can't deny that the strength this practice gives Nintendo as a brand. The idea that the games I buy at launch are still a good investment (if they're good) for quite a while and that my collection of old games isn't worthless.