The history of Marvel TV

The turbulent history of the former Marvel division and why it deserves to be remembered. 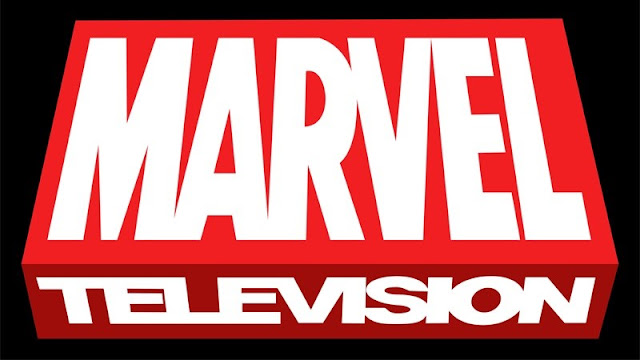 With Agents of S.H.I.E.L.D. ending a few months ago, we are in the final weeks of the life of Marvel's television division. Yes, there's still plenty more Marvel shows coming to Disney+ like WandaVision and The Falcon & The Winter Soldier, but those are made by Kevin Feige and his team. No, what I'm talking about is the Marvel Television production company, a division of Marvel founded in 2010 to head all Marvel TV and straight-to-DVD projects. It's most famous and long-lasted project was Agents of S.H.I.E.L.D., but it was also (partially) responsible for all Marvel Netflix shows and the FOX X-Men shows. The division got folded into the rest of Marvel studios last year and with its last show, Helstrom, airing on HULU later this week I thought it a good opportunity to do somewhat of a post-mortem on Marvel Television, to talk about its background, the shows it gave the world and why it's no longer around.

Before Marvel Television was set up as its own division, Marvel licensed out its characters to other studios and production companies to make the TV shows for them. They started doing this in the early '70s with Spider-Man. The three different live-action shows that came from this were only mild successes. They only really hit it off with the Incredible Hulk TV show, you know the one, which was successful enough that it even got three (albeit small-screen) films. Hoping to keep the momentum going, Marvel and its licensing partners did their best to get more live-action shows off the ground.

Two out of the three Hulk movies served as backdoor-pilot to other shows, Thor and Daredevil respectively, while a slew of pilot shows for other characters like Nick Fury and Power Pack were also produced. None of these shows was picked up however and after the Incredible Hulk had ended it was really only the animated shows from the '80s and '90s which Marvel had any success with. The trend that was set during this time, working on a lot of pilots but practically none making it to series (and those who did last only one season) would continue on until the 2010s. It was only after the MCU arrived on the scene that things started to change.

With the success of Iron Man, Marvel decided that just like they had produced the movies themselves rather than licensing them out they would do the same for TV. Thus, Marvel Television was born. Headed by Jeph Loeb, this new division started work on a set of pilots right away. At that time, a Hulk TV produced by Guillermo Del Toro was in the works (no doubt due to the success of the original show) as well as shows starring Jessica Jones, Mockingbird Cloak & Dagger and the Punisher. Just like how it went down in the '80s and '90s, none of these projects went anywhere. ABC passed on Jessica Jones, the Hulk series got canned after the success of the Avengers while the Punisher, Mockingbird and a slew of others never really went any further than just ideas on a chalkboard as far as I can tell. It took a few more years for Marvel Television to launch its first TV series which would also be its longest-running one.

Agents of S.H.I.E.L.D. After the success of the Avengers, ABC re-approached Marvel Television for another series. After seeing the one-shot film 'A Funny Thing Happened on the Way to Thor's Hammer' ABC greenlight the show. I'm not going to rehash Agents of S.H.I.E.L.D.'s entire history, you check the post I did on that out right here, but I will give you a quick refresher. Focusing on Agent Coulson and a small team of S.H.I.E.L.D. agents investigating mysterious cases. It ran for a total of seven seasons and while it never reached the heights both ABC and Marvel wanted it was still a successful, fun show that still has many fans. It was a success enough for ABC that they gave another one-shot a series order: Agent Carter. While that show lasted only two seasons, it was a critical darling and let the MCU flex its muscles with a period crime-drama.

From this point forward, Marvel Television really started rolling. They struck a massive deal with Netflix for a whopping five shows. Daredevil, Jessica Jones, Luke Cage, Iron Fist & the Defenders which got extended to six shows with the Punisher a few years later. Jessica Jones wasn't the only show from those initial few years they managed to actually make once they found success, Cloak and Dagger came to Freeform in 2018 and while she didn't get her own show, Mockingbird did show up in Agent of S.H.I.E.L.D. We also got two X-men shows, Legion and the Gifted, an impressive feat considering they were still owned by Fox at the time. With that many shows under its belt in such a (relatively speaking) short amount of time it looked like Marvel Television earlier stumbled were just that. Early stumbles. However, it wasn't as much like rainbows and sunshine behind the scenes as it might have looked and we have to look no further for this then Inhumans.

While Kevin Feige is the engineer of the MCU and now holds a lot of power within Marvel and Disney, this wasn't always the case. He had to prove himself, his cast & crew and his creative decisions regularly. This became less overtime after his decisions paid off big-time but the one man that kept being a thorn in his and his LA-based team's sight was Marvel CEO, Ike Perlmutter. To give you a small idea why Feige and many others could not stand Perlmutter here are some examples for you. When Terrence Howard, who played Rhodey in the first Iron Man movie, declined the reduced pay-check Perlmutter, allegedly I might add, said that casting any other black actor wouldn't make a difference and people wouldn't notice.

He also didn't allow The Black Panther and Captain Marvel movies to be made nor let Maya Hanssen be the main villain of Iron Man 3 because "women and people of colour leads wouldn't attract as big of an audience and wouldn't sell enough toys". Yikes. Can't blame Feige, and many others, for hating working for this the guy. The straw that broke the camel's back for Feige was, ironically, Civil War. Perlmutter didn't want to pay Robert Downey Jr. to return to for that movie and instead wanted Mark Ruffalo's Bruce Banner to take on Captain America, essentially removing the entire point of the film. After Feige threatened to quit over this, Bob Iger (then CEO of Disney) stepped in. Perlmutter no long oversaw the movie division as of 2015, ending the conflict that had been going on between the two groups for years.

The Failure of Inhumans

How does Inhumans factor into this? Well, that's because while Inhumans was first slated to be a movie this wasn't Feige's own choice. Feige only did this so Perlmutter would allow him to make Black Panther and Captain Marvel. After Feige had to listen to Perlmutter no longer, he quietly removed Inhumans from the schedule. As Perlmutter still wanted the Inhumans to get 'big' and be the next X-men (not going into that now, that's a whole story in and of itself) he instead convinced/coerced Jeph Loeb, who was still the boss of, to turn it into a TV show. Inhumans was the biggest and most expensive project Marvel Television worked on. An all-star cast, movie quality equipment and Imax screenings. Marvel Television was gambling big with Inhumans. A gamble they lost. Inhumans flopped hard. All the money and talent in the world couldn't make up for the rushed production of the show, the lack of direction an unimaginative narrative, dull design work, weak characters, and disengaging soapy melodrama.

The flop of the Inhumans was an important turning point for Marvel Television I feel. It's what set it on the path to merge with Feige's movie department. Its shows did well and critically speaking they usually did great, but it never did as well in the rating department. It's the reason why Agent Carter got cancelled after only two seasons and why it wasn't a given that Agents of S.H.I.E.L.D. would be renewed each year.

The poor performance of the division's biggest project hurt its longevity, showed the higher-ups that it couldn't handle such large projects in its current state. What also didn't help was Disney's then-upcoming streaming service. In the lead-up to Disney+ launch, they pulled all of their content from all the other streaming services both old & new. All of the Marvel Netflix shows got cancelled one after the other, Legion, Runaways and Agents of S.H.I.E.L.D. came to a planned end while the relatively new the Gifted and Cloak & Dagger got cancelled sometime later as well. Disney effectively gutted all of Marvel Television's content in only a matter of months, collateral damage to their new toy.

As these shows never were as successful as they wanted to they were considered expendable. Disney instead opted to create brand new shows to bring people to their streaming service. These shows wouldn't be handled by Marvel Television, they showed with Inhumans that they couldn't bring the type of show they wanted to and they couldn't bring over the Netflix shows due to contracts. They thus gave the keys of TV away to the people who had seen great success, Kevin Feige and his team in LA. Marvel Television got absorbed into Feige's movie division, now named Marvel Entertainment and Jeph Loeb left altogether. After 9 years, Marvel's once so promising division had come to an end, assimilated into its more successful big brother. While there are still many Marvel shows on the horizon, it's only Helstrom that was made by the people from Marvel Television. WandaVision, Falcon & The Winter Soldier, Loki; all made by Feige and his team.

The Marvel Television division might have never reached the height everybody wanted it to they still managed to achieve a lot and deserve to be remembered for it. It brought a lot of things to the table and did a lot of things better than the movies. It was much more creative in its storytelling for starters. The slow-burn of Daredevil and the surrealistic Legion are two good examples. The shows often had LGBT and people of colour featured predominantly throughout and even headlining the projects, years before the MCU got to that. It brought back popularity to Marvel characters that hadn't seen such a surge since the '90s like Daredevil and Luke Cage and brought that same level of popularity to characters who never had it like Quake. I could go on and on over the impact Marvel Television has had (and I just might later down the road).

Marvel Television might not have been here long, but its quality of quantity approach, the wide variety of type of shows it had and the representation within those shows makes it worthwhile of some recognition.