Let’s Talk About that June Nintendo Direct reportedly being delayed

What the reasons behind the delay are and how this might affect the rest of Nintendo’s year. 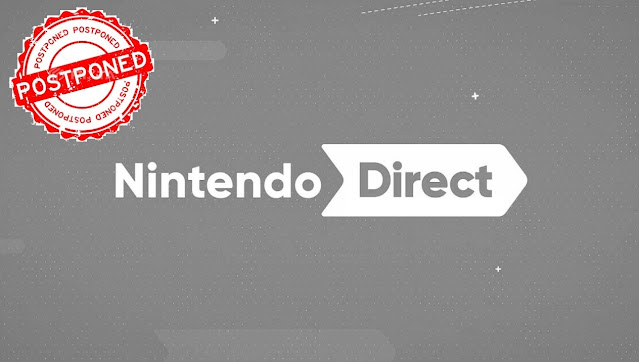 Just a few days ago, VentureBeat, an American Technology website and a generally trustworthy source, reported that Nintendo had told many of its affiliated developers that it wouldn't hold a Nintendo Direct presentation this June. While Nintendo is generally speaking very unpredictable when it comes to holding its Directs, you could always count on them holding one during E3. Even when E3 got cancelled earlier this year because of the current Covid-19 pandemic, Nintendo stated that it "continues to be flexible and redirect [its] efforts" and were "considering various ways to engage with our fans and will have more to share as the year continues".

With a Nintendo Direct already being a pre-recorded message that they just showed at the event itself, people assumed that Nintendo would simply move on with its E3 Direct as originally planned and just drop it online around the time E3 would have been held. This, according to the report, was Nintendo's original intent, but the pandemic has forced Nintendo to reschedule its presentation to a currently unknown date, possible somewhere in July or August.

I've seen people online react with some slight surprise to the new, they understand that the current situation is difficult for everyone, but don't get why that would result in a Direct delay. Just string some trailers together and call it a day, what's so difficult about that? Well, the original report already gives an answer to that and it's rather simple. Japanese culture, and its business culture, in particular, don't jell well with the concept of working from home. They still adhere greatly to face-face meetings and interactions and aren't as well versed in online meetings and cooperation. Japanese companies and employees also simply don't have access to tools that make working at home and other related things possible. Many people don't have a personal computer or even a WIFI connection at home and companies IT services are, in comparison to the west, rather outdated. Simply put: they just don't have the technological infrastructure to make it all happen. Companies first need to rework and upgrade their infrastructure to conduct large parts of their work from the comfort of their employees home and that is something that they're currently struggling with.

Another thing that is most likely adding to the delay is that Nintendo probably needed to retool their Direct already. Not that long ago, rumours started to pop-up that Nintendo was planning to celebrate Mario's 35th anniversary in a big way, something I myself have been planning to talk about. Nintendo was reportedly going to remaster a big chunk of Mario's 3D library for the Switch this year, alongside announcements such as a Mario animated movie. People have dived into these rumours since then and multiple sources have been able to dig up more information regarding this alleged Mario celebration.

One piece of info that is relevant to my little discussion here is that Mario was going to have a heavy presence at E3. Not only were they going to use the E3 presentation to reveal the Mario remaster extravaganza, but Mario was also going to have a heavy physical presence at the expo ass well such as multiple booths and gaming stands. With E3 cancelled Nintendo needs to find a different way for fans engagement, how to handle Mario's big 35th-anniversary celebration and this will most likely attribute to the delay as well.

The delay also comes at an unfortunate timing for the company. As I've briefly discussed when I talked about the mini-Direct in March, Nintendo doesn't have many games currently on its schedule. The only major first-party release that they've revealed a release date for is Xenoblade Chronicles: Definitive Edition, which seems to be on track to make its release date of May 29th just fine. That leaves the entire second half of the year up in the air. We know of games in development, most prominently the Breath of the Wild sequel, and they're no doubt many more games that we don't know about in development but a potential drought of releases can hurt Nintendo.

Nintendo and its developers could always opt to announce their games the old fashioned way, through media outlets or even social media, but these announcements will most likely not generate as much excitement and social buzz from fans as they would have if they been revealed as part of a Direct. With Japanese companies also struggling to adapt to a work-at-home environment it's very likely that'll many of the planned releases will be pushed back anyway and their announcements will be postponed as well.

Nintendo delaying its planned June Direct is understandable but unfortunate. The safety of their employees is far more important than releasing a Direct, or their games, on time but it will definitely have an impact on Nintendo. However you slice it, the rest of 2020 is going to be a complicated period for Nintendo and its fans.