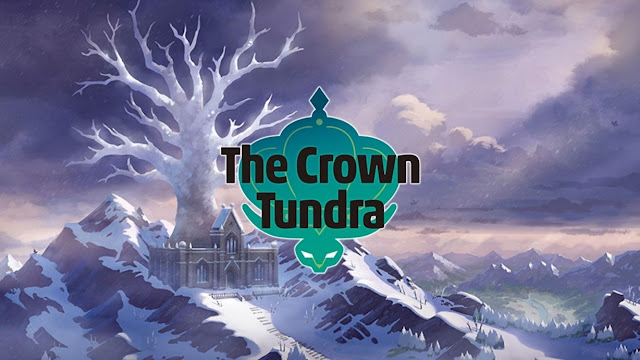 And here we finally are. The last part of the Pokémon Sword & Shield Expansion pass, The Crown Tundra, is up and running for everybody who bought the DLC. As it is the second half, we had a better picture of what to expect from it. An open-world style area with a bunch of returning Pokémon, a few new ones and a new story. There were some changes compared to the Isle of Armor that we knew about that (hopefully) made the Crown Tundra feel more than you a rehash. You got the brand new Dynamax Adventures, a big focus on Legendary Pokémon and a bigger map with an even greater focus on exploration then the Isle of Armor had.

Now that I've had my fair share of time with The Crown Tundra, what's my verdict? Well, the Crown Tundra is a clear continuation of the Isle of Armor. It keeps building on many of the improvements that part of the expansion while sadly falling into some pitfalls of its own.

After arriving in the Scotland inspired southern half of the Galar region known as the Crown Tundra you run into Peony and his daughter Peonia. Peony has brought his daughter to the Tundra for his great 'Adven-Toure' but Peonia has other plans. Through some shenanigans you end up going on the 'Aden-Toure' yourself, which take the form of three quests. These three quests form the story of the Crown Tundra and can be completed in any order. If you've kept up with the Crown Tundra's promotional material you know exactly what these quests are. The first is focused on Calyrex, the former 'king' of the Crown Tundra.

It's one of the better of the quests. While structured very similar to, say, the post-game story around Zacian/Zamazenta, it has the most 'engagement'. You actually get to interact with the DLC's characters and even has a surprise in store that was not in the promotional material. It's the quest that the game nudges you into completing first and as the 'opening' of the DLC, it works well. The second is all about the returning Regi's and their two newest members: Regieleki and Regidrago.

Sadly, this is the most disappointing aspect of the DLC to me personally. It's just so bare! In the original Ruby, Sapphire & Emerald the Regi quest was complicated yet rewarding. Here, it's the complete opposite. They try to make it feel like the original by including riddles, but these are laughably easy to solve and the quest just isn't engaging enough. You're also unable to get both Regieleki and Regidrago in one save-file, so that's another strike against it.

The third and final quests focus itself on the Galarian forms of the Legendary Birds form Kanto: Articuno, Zapdos and Moltres. It's good. Can't say too much about this one for spoiler reasons but it's definitely a good one, if not just a little too short.

Not each quest get the amount of attention and polish it might have deserved but all in all, it's a solid 4-5 hours of gameplay.

Aside from the quests that make up the game's story, there are two more quests in the Crown Tundra. I won't spoil them for you here but one of them involves Dynamax adventures while the other can be considered the spiritual successor to the Isle of Armors Alolan Diglett hunt. Speaking of Dynamax adventures, it's the big new feature that the Crown Tundra brings with it. You and 3 others players (or NPC's) venture inside a Raid den where multiple Dynamaxed Pokémon lurk. The cave has branching paths, so you're able to choose the path towards the cave's 'boss' AKA Legendary Pokémon. Dynamax Adventures are a lot of fun, with or without friends. Journeying through the cave is never the same, from the different Pokémon your given at the beginning to the once that appear during your journey or the NPC's you might encounter.

Having to discuss which route to take, which player gets to use the just caught Pokémon, gives rise to some fun strategies as well as plenty of (delightful) chaos. They also fix a lot of the issues that plagued, from removing the Dynamax Pokémon shield's to speed the fight up to NPC being actually somewhat competent. I only wish there was a mode that would allow you to bring you own Pokémon along instead of being stuck with one that the game provides you. Can't have everything I guess.

Dynamax adventures aren't the only new feature of The Crown Tundra. There's also the Galarian Star Tournament. It's a set of Multi-Battles were your partner as one of the characters you encountered throughout the story, from your rivals to the Gym Leaders. It's not bad, there is some fun little dialogue between characters and it's actually quite challenging, but it's nothing we haven't seen before.

Compared to the Isle of Armor, whose Wilde Area style island was a step-up to that of the base game, the Crown Tundra is even better. Part of that is due to the aesthetic I feel. We've gotten many islands in Pokémon games before while this is the first time we've gotten a Tundra. On the more objective side is that the Tundra is much more integrate. It (feels) larger, is not confined to general Island, has many more markable landmarks and even has a town in it: Freezington. If you want to know what an 'open-world' Pokémon would feel like, the Crown Tundra is the best place to get a taste for it. Still no real trainer battles though, unlike the Isle of Armor there isn't even a rival for you to embarrass on occasion, so that's still something that this 'open-world' experience misses.
Oh, and before I forget: unlike the Isle of Armor, which you can start as soon as you have gotten access to the Wilde Area, the Crown Tundra is meant to be played after you become Champion. You can, technically, travel to it earlier than that but there's no level-scaling here. The Pokémon, including those of Peony, are all Level 60 and up so you'll get your butt kicked by before you're capable of actually entering The Crown Tundra proper.
In another comparison to the Isle of Armor: the Pokémon distribution is not as good. The amount of new Pokémon is technically the same (around 100) but as so much of this are just the legendaries it lacks balance. Combine this with the effect that no Pokémon that returned in the Isle of Armor and you won't see many Pokémon pops up in the Tundra then in Galar proper. Very disappointing if you ask me. However, the Crown Tundra does have a brand new duo of Pokémon that were not revealed before release (something the Isle of Armor didn't) so that was a pleasant surprise and is highly appreciated.

Just as the Isle of Armor before it, the Crown Tundra is a worthwhile addition to Pokémon Sword & Shield. It's very similar to the Isle of Armor, essentially just continuing nearly everything that part of the expansion started, but that isn't a bad thing. It keeps building on all of those things, has some fun and new features of its own and offer quite a bit of extra play value with all of those legendaries. It has its own problems and is of course still limited the shortcomings of Sword & Shield engine like the graphics for instance, but those don't detract from the overall experience too much. Thus, I don't think this expansion will win you were disappointed by Sword & Shield before. If you did like the base-game however, or even if you were not quite satisfied by it, The Crown Tundra and the Isle of Armor (they're sold as a package after all) is definitely worth your time and money. 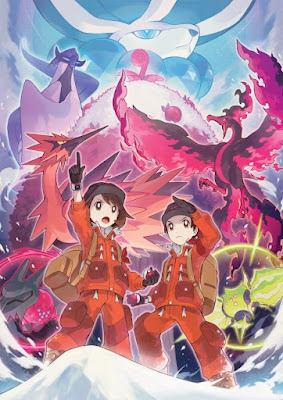