What could Nintendo bring us in the new year? 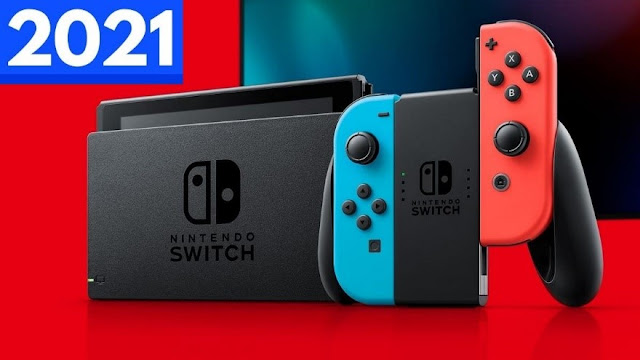 We've made it folks! We've survived the disaster that was 2020 and are now officially in 2021. What I want to do for the entire month of January is take a look forward at this brand new year and see what it might bring when it comes to all the things that this blog covers. Gaming (primarily Nintendo), comic books and other superhero-related media. Through the scientific sound method of eeny, meeny, miny, moe we're going to start of the year with taking a look at Nintendo.
2020 has actually been a pretty good year for the Japanese gaming giant. Yes, the pandemic did affect the company. Some games have been delayed and the output of Nintendo Directs has suffered (more on that later). However, with everybody on the planet locked inside of their house, escapism such as video games has become much more popular. Animal Crossing: New Horizons became a worldwide phenomenon and after solving some stock issues, the Switch sold like hot-cakes. Nintendo is, all things considered, in a strong place to start out 2021 though is not without its struggles. The PS5 and Xbox Series X will be stiff competition and Joy-Con drift is still a large issue.

The most important product from a game company is, of course, the games themselves. Even with Nintendo's tight-lipped attitude and the lack of a real Direct to give users a look at what Nintendo is planning, there are still a few games planned for 2021. In terms of first-party titles, Super Mario 3D World + Bowser's Fury will arrive about a month from now in February. It's yet another Wii U port, I know, but it's still a first-party game and above all else a Mario game. Those always sell well. The new Switch version even has some brand new added content added to it, so there's even something for returning players. In terms of exclusives (timed or otherwise) Bravely Default II and Monster Hunter Rise are on their way so that's something to look forward to. Beyond that, there are two dozen or so other titles confirmed, but I'm not going to list those all. You can check Nintendolife for that. The point is that there is a good chunk of games we know that are coming out for the Switch in 2021, but there's still a lot we don't know yet.

In that last category lie games like Bayonetta 3, Metroid Prime 4 and the sequel to Breath of the Wild. Games that have been confirmed but we have no idea when they will come out. It could be, 2021 but it could also not be. However, I do believe that the sequel of Breath of the Wild has a big change to come in 2021. Why? Well, because of Zelda's 25th anniversary. I've already written a post about what my expectations and thoughts are about this anniversary but the sequel releasing as the celebrations big lynch-pin would make sense.

Zelda isn't the only franchise turning 25 in 2021. Pokémon is turning 25 to and will doubtlessly bring us many new Pokémon games. Then there's also Metroid turning 25. Know, Metroid has never been that big of a franchise for Nintendo but I can't help but think Nintendo will celebrate it in some way. Metroid Prime 4's production isn't far enough ahead to release in 2021, but we could see something else Metroid instead. There have been persistent rumours about a Switch version of Metroid Prime Trilogy laying ready on Nintendo's shelves for release, so could we see that release in 2021? Alternatively, they could port multiple titles from Metroid's past to the Switch or perhaps release another remake like Metroid: Samus Returns? It's difficult to say, but I would at the very least appreciate Nintendo doing something with Metroid in 2021 for its 25th. It's still a franchise that did very well for Nintendo in its early days and a larger focus on it could lead to it becoming popular once more.

Let's move on to something a little different than games. Their first ever theme-park: Super Nintendo World will officially open its doors in Universal Studio Japan on February 21st. While the park itself is very much limited to everything Mario related and not much else, it's still quite a good looking and well-designed park. I mean, have you seen how happy and proud Miyamoto was when he got to walk through the finished park for the first time? How many video game-like interactions are baked into the park look minigames and digital coin hunts? It all looks very good and above all else, fun. It's the first step in Nintendo's attempt to reach out beyond video games and become more of a family-friendly jack of all trades more akin like Disney. We'll just have to see how popular the park actually becomes, but its future is definitely promising.

Time to move on to the hardware side of things. An upgraded, 'Nintendo Switch Pro' model has been rumoured and 'leaked' for quite a while now. I'm not that keen on getting my hands on an upgraded Nintendo Switch (I don't want to miss out on a bunch of games because they are 'exclusive' to the upgraded system) but such a system would help the Switch compete with the PS5 and Xbox Series better. We'll just have to see if Nintendo goes this route or not though I will say that releasing an upgraded Switch at the same time as the Breath of the Wild sequel, like the launch of the Switch did, would make some sense.

And then there's Joy-Con drift. Yeah, not everything in this post is what you might call positive. Joy-Con drift remains an issue for the Switch and its consumers to the point that there are multiple ongoing lawsuits regarding the issue. I'm very much hoping that Nintendo will be able to fix drift in 2021 but I fear that they won't. With how long drift has been an issue I think if they could have fixed it easily they would have done so by now. I feel it's more likely that a new, redesigned Joy-Con would be released in its stead. Either with the aforementioned Switch Pro or just in its own, standalone package.

The last point that I want to touch on is the future of the Nintendo Directs. Due to the pandemic, the Nintendo Directs stopped to a crawl. As a matter of fact: we didn't get a single traditional, full-length, Direct in the entirety of 2020. Instead, Nintendo pumped out a few mini-directs, the partner showcases and some games like Paper Mario: the Origami King just dropping their trailer out of the blue. And we might see this continue in 2021. Even though the traditional Nintendo Direct is cherished by many, the biggest frustration everybody has had with them is that they take so long to come out. There are months at a time that we hear nothing from Nintendo, where we don't have any idea what games are coming out for the next few months. With the way Nintendo has restructured their announcements in the latter half of 2020, we saw more Directs come our way with fewer games. This resulted in a somewhat steady stream of announcements, gave each title more room to breathe and be noticed by fans. For those very reasons, I think that highly likely that the traditional, 30 to 45 minute, Directs are a thing of the past. They might still have one around the middle of the year, assuming E3 is even still a thing going forward, but that's really the only scenario in which I can see them return.

That's basically everything I wanted to discuss Nintendo for 2021. It's Nintendo, so predicting what they will do is always difficult. We'll just have to see how things like the 25th anniversaries of Zelda, Metroid and Pokémon. We'll just have to wait and see how well Nintendo World will be visited when it opens its doors. And we'll just have to see if we'll get an upgraded Switch or not. What is certain though? 2021 is going to be quite a busy year for Nintendo and I'm looking forward to seeing it play out!