Three episodes into the new season and there’s a lot to love, but also a lot to be worried about. 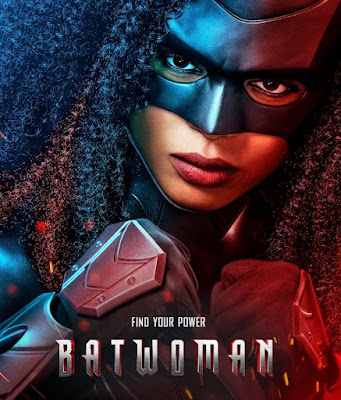 Batwoman is now three episodes into its revamped sophomore outing. After Ruby Rose left the role of Kate Kane, the producers decided to introduce a new Batwoman instead of simply recasting the role. If you want to know more details about this casting change you can read all about it in my old post ‘Let's Talk About that Batwoman casting change.’ For now, though, that’s all that you need to know about that. Ruby Rose’s Kate Kane is out, Javicia Leslie’s Ryan Wilder is in. Three episodes of Ryan Wilder as Batwoman aired and there’s a lot to talk about. Not only about Ryan Wilder herself and the way the series has handled the lead change, but also the ratings. These have not been well for the season. Let's dive in and see what the season is doing well, what it's not doing so well and how it might improve its chances for a season renewal.
Let's dive in.

Let’s immediately get to the point: season 2’s ratings. Batwoman’s season premiere had 0,66 live viewers. For a season opener, that’s bad. How bad? Well, S2E1 was Batwoman’s 3rd worst watched episode. The next episode did even worse. With 0,62 million viewers was the worst viewed episode in the Batwoman series. Yikes. That’s not good. After the airing of this episode, discussion about the series getting the axe was everywhere. I remember reading an article that stated that industry-insider Daniel Richtman that the series was likely to get cancelled with this season or the next if the ratings don’t improve soon. Keep that last sentence in mind, we’ll get back to it.

Luckily, the third episode went up in the ratings with 0,71 live-viewers. I nice uptick and more in line with the back-half of season 1. A potential sign that people are starting to find the series. The two weeks break between episode 3 & 4 is making me worry that these viewers might not stick around for episode 4 but we’ll have to wait and see how that turns out.

Do these bad-ratings reflect a bad show? Not quite. Critics have been pretty positive about season 2 so far. Season 1 didn’t do that hot critically and while this season is still far from perfect, critics seem to agree that it is a marked improvement over the first. Javicia Leslie as Ryan Wilder, the new Batwoman, has also gotten quite a bit of praise. From Javicia Leslie’s acting chops (see: TVline’s performer of the week for a good example) to Ryan Wilder as a character, both critics and fans agree that’s all very good. In that department, Batwoman season 2 is a success. You still have fans who miss Kate Kane of course, but Javicia’s Ryan has struck a chord with most of them.

The lead-change thus doesn’t seem to be the big problem, but what is then? Well, to figure that out I asked the good folks over the r/Arrowverse Reddit what their opinions were on Batwoman season 2. If you want to read everything that people said you can go click right here for it. The responses, though not that many, were varied. Some had nothing more to say that the show was great, others had more to say. There were two things that struck out to me: one fan talked about season 2 lacking a strong ‘hook’ while the other talked about unresolved plot-lines concerning Kate.

One of the commenters said that he found that Batwoman Season 2 didn’t have a hook yet. That there was nothing in the season yet that he could get really invested in. He also ended his comment with “I guess in short, it's not fun yet. They are doing too much meta commentary on the change and not enough to just let her be Batwoman.” I feel that this could be the big reason why season 2 saw such a drop. That people who have checked out the 1st episode didn’t find enough to keep invested with the story. There’s only so much a good character and good performances can do if the story is interesting enough.

The lack of such a hook is also not helped by the other problem: the large shadow that Kate Kane has left behind. In the first three episodes, Kate looms over the plot heavily. From the understandable reactions from characters that were close to Kate like Luke Fox to her father Jacob Kane to her sisters/supervillain/psychopath Alice. You also have plenty of smaller callbacks to Kate’s Batwoman such as Ryan’s first time in the suit. This is all very understandable, however, many have noted that this emphasis on Kate gets in the way of Ryan. Having so much time denoted to Kate hinders the season building its own story. Some characters, like Jacob Kane, don’t have anything to do with the new Batwoman (yet). Thus, they are relegated to storylines that feel more like an interruption than anything else.

Those are probably far from the only reasons. For example, many have pointed out that Batwoman is programmed against sports. Competing against sports is very difficult, especially if you’re a scripted TV series like Batwoman. However, Batwoman 1st season sat in the same time-slot and that managed to do better than season 2. Plus: I always find it very difficult to accurately measure the influence timeslots and rival programs very difficult to accurately predict/discern. They are a lot of factors to keep track of, lots of numbers to look up, research to be done, caveats to keep in mind etc. All of that is far beyond what I’m capable of. So for now, I’m leaving them to the side.

With all of this said, Batwoman season 2 has found itself in a weird spot. On the one hand, the change in the lead has gone over better then many expected. Javicia Leslie’s Ryan Wilder has gone over quite well with fans and critics. The season has also had many other improvements, like most of the supporting cast coming into their own. On the other though, there are some definite problems. From the season focusing too much and Kate Kane and not having a real place for characters like Jacob Kane causing narrative problems. Aside from that, Batwoman season 1 didn’t have that well of viewership, to begin with. The season was facing in uphill battle form the start.

Luckily, us fans don’t have to fear that Batwoman will leave our screens anytime soon. The CW renewed it for a third season just last week, so the cast and crew will get the time to keep working on improving the show. And there are genuine reasons to believe that its fortunes can improve. Episode 3 saw a 14% rise in viewership, most likely due to good word of mouth. The rest of the Arrowverse is also starting to get back up again, meaning cross-pollination is likely to increase its viewers as well. Let’s hope it does.