What we can expect from National Pokémon day 2021

What can we expect from Pokémon day in the year that the franchise turns 25? 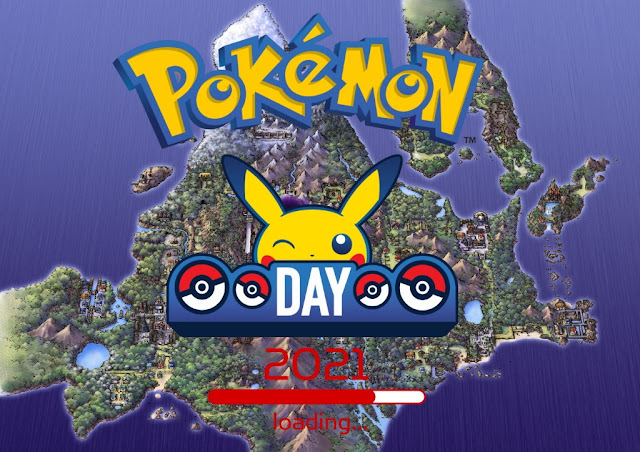 On February 27th, the 5th annual National Pokémon Day. Not only that, but it will also be 25 years since the franchise launched. As such, fans are expecting quite a bit from this year’s event that won’t just have announcements on the day off but through the entire week. From re-releases of old games in an NES/SNES Online type deal to remakes of Diamond & Pearl to reissues of old Pokémon cards. But how realistic are these expectations? Is the Pokémon fandom setting themselves up for disappointment by expecting too much (like usual) or could all of these expectations actually come true?

So, how where the previous National Pokémon days? Well, let's start with taking a look at them all. You know, to see what they did and get a better idea of what realistic expectations are. The first National Pokémon day, held on February 27, 2016, was immediately a big one. It was Pokémon's 20th anniversary after all! In the game department, Red, Blue & Yellow were released for the Virtual Console. Special 2DS's, with the games pre-downloaded on them and with a unique transparent colour scheme, was released as well. More importantly, Pokémon Sun & Moon were formally announced. In Japan, the BREAK Starter Pack was released. This set of Pokémon cards only features Generation I Pokémon and emulates the Original Era Starter Deck. Aside from this, there were also a plethora of other events and nick-knacks that would be a bit too much to mention all here.

In comparison to 2016, 2017 up to 2019 were all much tamer. In 2017, some of the Pokémon movies were made available for free on Pokémon TV. A special Pikachu appeared in Pokémon GO and a set of figures were released. That was about it. 2018 went much the same way. A Pokémon GO Pikachu tie-in, some anime stuff etc. In 2019, a new generation of Pokémon was revealed with Pokémon Sword & Shield. Oh, and Pokémon Shirts went on sale in Japan. Can't forget about that, now can we?

2020 was, thankfully, much more elaborate than previous years. From multiple tie-in events with Sword & Shield, Masters & GO to the reveal of the new Mythical Pokémon Zarude and the release of Pokémon: Mewtwo Strikes Back—Evolution on Netflix. What's more, the Pokémon Company collaborated with Google for the 'Pokémon of the Year' poll to determine the world's most favourite Pocket Monsters. The results of this poll were announced at the event in a spiffy little video.

Looking at these pasts National Pokémon Days, what can we see? Well that when it comes to people’s expectations, they are not unfounded. Both 2016 and 2019 saw the reveal of an entirely new generation of Pokémon. The announcement of a remake wouldn’t be that farfetched in comparison, right? 2016 saw Pokémon re-release its older titles on the virtual console for the 20th celebration on the 3DS, so why not do the same for the Nintendo Switch this year? Yes, judging by what the Pokémon Company did before it could very well be so. But: I do feel that it’s all a little too optimistic. Getting all of these things at the same time feels too good to be true.

Let’s start with the supposed Diamond & Pearl remake. I’ve already written a post that touched on the subject, Let's Talk About Why Pokémon should change the way they approach remakes, but for the sake of today’s post I’m going to disregard what I said in that article. I talked about how I felt that the Diamond & Pearl remakes should sequels but as that seems unlikely to happen at the moment I’m going to assume the remakes would be, well, remakes.

The problem I have with the expectations that ‘Chrono Diamond & Celestial Pearl’ will be revealed this Saturday is that such a reveal feels premature. Why do I think that? Well, just take a look at the time between reveal & release of all of the remakes. Fire Red & Leaf Green and Heart Gold & Soul Silver had 5 months between reveal & release. The more recent remakes, Omega Ruby & Alpha and the Let’s Go games (yes, I count them) had 7 months between their official reveal and release. That’s an average of 6 months between a remake is revealed and their release. That would mean that, based on the previous reveal-release cycle, a Diamond and Pearl remake this month would mean a release in late-July/early-August. What makes this unlikely in my opinion is the time of the release of every mainline Pokémon game, remakes included, since X & Y in 2013. Pokémon has released the core-series games at the end of the year, in October/November. It’s part the whole ‘each part of the Pokémon franchise is adjusted to one another’. It why delaying a Pokémon game is really not done. They’d have to delay the launch of the anime, TCG and merchandising as well.

Releasing Diamond & Pearl remakes in the middle of the year would break this 7-year-long trend. This is why I feel their reveal on National Pokémon Day isn’t as likely as people think. What about Sun & Moon and Sword & Shield then? Those were revealed on National Pokémon Day? True, but those were games that kicked off a new generation. Much more to get hyped for, much more info to reveal leading up to the release. I’m not saying that a reveal of Diamond & Pearl remakes at Pokémon day and/or a reveal in the middle of the year could happen, but as Pokémon has worked on roughly the same schedule for the last 7 years I’m not getting my hopes up.

On to the re-releases then. For the 20th anniversary, Red, Green (in Japan), Blue & Yellow were released on the 3DS virtual console on National Pokémon day. Gold & Silver released a year later in 2017 while Crystal released in 2018. Aside from these core-series games, other Pokémon titles have also come to the virtual console. The Mystery Dungeon and Ranger games on the Wii U for example. Seeing them release these older games on the Switch is definitely possible. The hardware should be able to run all of the gen 1 to gen 3 games. Lots of people have also said that they think the Pokémon will throw in the generation 3 games as well and I can agree with that. Re-releasing the first two generations on the Switch would be fun, but not that exciting. We already got them five years ago on the 3DS after all. But throw in Ruby, Sapphire & Emerald and you got people’s attention again. Plus, assuming the Diamond & Pearl remakes come out this year as well you have a nice build-up to it.

Before capping it all off, there are of course going to be lots of other things from National Pokémon day and the 25th anniversary of the franchise. It has already been confirmed that there will a Virtual Concert featuring Post Malone on Pokémon day (or the day after, depending on you timezone). Another TCG re-issue is likely (especially for Kadabra cards). More info on New Pokémon Snap, maybe even a Demo, is also something I can see happening. It’s coming out in April after all. We also know that a sequel to Detective Pikachu is in the works (both the game and the movie) so perhaps we’ll hear more about that? There will be, of course, many other tie-ins for the celebration. Pokémon has already returned to McDonald's Happy Meals for instance. I’m expecting more of these type of tie-ins, though perhaps not as much as during the 20th anniversary. Covid and all. Maybe an Animal Crossing: New Horizons tie-in like Mario’s? Definitely a Max Raid event in Sword & Shield.

The possibilities of what Pokémon has in store for its 25th birthday are plentiful. From Diamond & Pearl remakes to re-releases of older games on the Nintendo Switch. However, there is a lot possible doesn’t mean that everything will happen. If Diamond & Pearl remakes are coming, I doubt they’ll be revealed at National Pokémon day. That would be too early, keeping Pokémon’s release schedule of the past 7 years in mind. It could happen of course, but keep your expectations in check. Don’t presume because you see something trending on Twitter or shared feverishly by fans and friend alike. We’ve seen such things happen before. Pokémon stuff trending, like ‘Gen 4’ for example, making fans mad with excitement only for it to be about a bunch of trolls.

Check the information first with reliable sources. Serebii is always a very, very good source for reliable Pokémon news and my preferred source for any and all Pokémon news. Other news sources you could go to are NintendoLife, Nintendoeverything and Kotaku. Do keep in mind though, that these last three also reports on rumours aka stuff that could very well not be true, so be wary of that.

In short: expect the worst, hope for the best. Take things for what they are, not what you expected. Don’t get too angry or upset when something you saw float online turns out to be false. Just let it come over you and enjoy Pokémon’s 25th celebration.