It was quite a fun Direct! 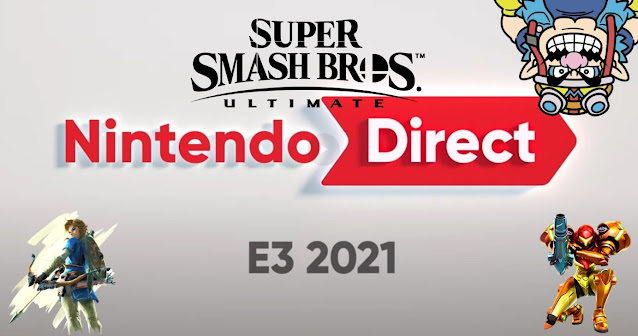 Closing out the 2021 edition of E3 was the big N itself, Nintendo. As someone who has been playing near-exclusively on Nintendo consoles its entire life (the PS2 is the only exception thanks to my brother) it was the conference I was looking forward to the most. As such, I’ll wrap this introduction up with this sentence as I want to get into the Nintendo Direct’s goodies immediately. Quick note though: I will only talk about the games I’m interested in or find worth mentioning. If you’re, for example, a DragonBall Z fan then sorry but you will have to go elsewhere.
All right, Let’s dive in!

The direct started out, after a brief introduction by Shinya Takashi and Yoshiaki Koizumi the way we all expected it would start out with. A Smash reveal. And no, it wasn’t Rayman or Crash or Master Chief. It’s Kazuya from the Tekken series, a character I’ve never heard of from a game series I have heard of but now nothing about. As someone who only plays Smash with friends, I can’t say I’m disappointed or anything. It would’ve of course been fun to see a character I knew like Crash or Spyro but seeing a character pop-up that’s a complete surprise to the community is neat.

After Smash we got some smaller (in terms of personal excitement that is), but still surprising, goodies. The Life is Strange series is coming to the Nintendo Switch, as well as Square Enix’s Guardians of the Galaxy. Life is Strange is a series that I’ve heard good things about and getting them on the Switch is excellent. Going to see if I’m able to pick the collection up at least. Guardians of the Galaxy is interesting to me because, one, I love Marvel and two, I didn’t think the Switch could even run that game. That alone would be a massive achievement for Square Enix. But, of course, post-direct info revealed that it’s only a cloud version. Boo!

What’s decidedly not Boo! That is what came later in the Direct. Quickly skimming over the announcement of Mario Party Superstars, a game that is a compilation of sorts of the Mario Party series that can be fully taken online. That’s what that weird Super Mario Party online update was for and that’s reason enough for me to mention the game here.

The Metroid of it all

Now, on to one of the two ‘big’ announcements for me personally. A brand-new 2D Metroid game. Metroid Dread. Metroid is a game series I only just got started in. I played and reviewed Metroid: Samus Returns last year and had a blast with it. Since then, I’ve been Metroid Prime 4, the rumoured Metroid Prime Trilogy and even Metroid: Other M (the story is the problem but I’m not that familiar with the lore yet + the gameplay interests me. Don’t judge me OK!).

Metroid Dread is the long-awaited, twice cancelled, 5th Metroid game in the original 2D series of Metroid games and it looks really good. The developers, Nintendo ED in cooperation with the studio that made Samus Returns Mercury Steam, are giving the game another go. Technical limitations were the root of Metroid 5’s double cancellation and after Mercury Stream impressed Metroid producor Yoshio Sakamoto with Samus Returns, he started the project back up again. It certainly looks something different with Samus wearing an all-new, very white, suit en robots hunting you down throughout the game.

Following Metroid, there were lots of games that didn’t interest me that much. It´s going to be interesting to see how Monster Hunter Stories 2 performs now that Rise has become a worldwide smash-hit. I’m also keeping my eye out on that new Wario Ware game. Specifically, the price it will retail for. Nintendo sent out a survey in which they asked for what people would pay for a Wario Ware game on Switch. I wonder what the results of that survey are.

The Wii U and Mario + Rabbids: Sparks of Hope

So Fatal Frame: Maiden of the Blackwater is getting a Switch port! This game is one of the few R-rated Nintendo published titles and also one of the very few Wii U games that haven’t gotten a Switch port or sequel. I even included it in my ‘Potential Wii U to Switch Port’ post from way back in the day. For that reason alone I’m mentioning it here! Aside from that, I’ve heard good things about this title but it was held back in multiple ways when on the Wii U. Getting a second chance on the Switch and even on other platforms thanks to developer Koei Tecmo. Fatal Frame is only partially owned by Nintendo after all so I clearly they came to some sort of arrangement on the matter.

After that Fatal Frame reveal, we go a quickfire round of a bunch of DLC and expansions coming to already released games. Nothing too fancy here, the DLC I want to talk about comes later, though Doom Eternal: The Ancient Gods will get a quick shout-out.

We also got to see Mario + Rabbids: Sparks of Hope again, which gives me the chance to talk about it properly. I did do a quick Twitter thingy but, well, that’s just a quick Twitter thingy. I’m all down for this game. I reviewed Mario + Rabbids: Kingdom Battle and its Donkey Kong Adventure Expansion and I liked both of them very much. It’s definitely the most unique Mario spin-off at the moment and seeing Ubisoft and Nintendo continuing the series and improving the formula is awesome. 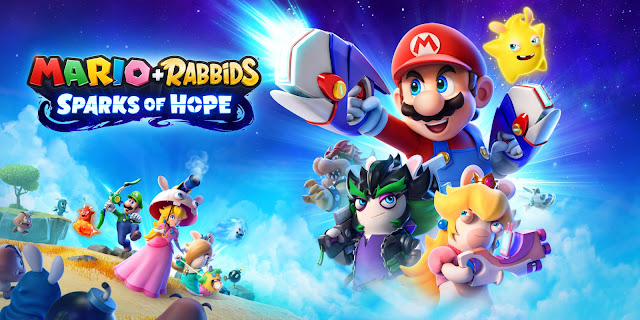 In terms of new stuff, this game seemingly ditches Yoshi & Rabbid Yoshi for Rosalina & Rabbid Rosalina, the latter of whom has quite the personality it seems as well as adding a 9th playable character that is a completely unique Rabbid. I’m OK with this. Yoshi & Rabbid Yoshi came in way too late in the original's campaign for the player to really dig into them, to make an impression on the player. They are the logical choice to be replaced and as long as Sparks of Hope doesn’t make the same mistake I’m good. The unique Rabbid will be interesting to see unfold as well. Got a personal theory that she’s tied to Beep-O’s and the Supa-Merge creator but that’s just a silly, unfounded theory of mine.

Where the game makes big changes in the gameplay. Kingdom Battle had exploration sections and combat sections as separate entities. You had a battle area, then an exploration area and then another battle area. In Sparks of Hope, you can find enemies walk about the world map and when they hit you, you’ll enter a battle. They also got rid of the battle grid in favour of giving each character a circle in which they can run around freely and perform their actions. I feel that both are good changes, even if I do like how clear the grid system is. I mean, what’s easier to strategize around: a number grid system or a circle area you don’t know the dimension of?

The Legend of Zelda

Hang on folks, we’re almost there! The final “announcement” of the Direct was all about Zelda. The Hyrule Warriors: Age of Calamity DLC has gotten more details. The first wave will release on June 18th and will feature the Guardian as a playable character, new weapons for Zelda & Link as well as some other goodies. Wave 2 is going to be the big one, clearly. We also got yet another few minutes of Skyward Sword HD, to no one’s surprise. What was surprising was the Zelda Game & Watch, featuring the original Legend of Zelda, Zelda II, Link’s Awakening and an old Game & Watch game. And there I was stating in my post about Zelda’s 35th that I explicitly thought that wouldn’t happen!

Sadly, it also came with some very bad news. The Zelda Game & Watch is the only Zelda 35th product. That is such a disappointment that it’s getting its own post in the near future.

For now, on to the good news! In one of only two predictions, I actually got right: we did get another teaser for ‘The Sequel of The Breath of the Wild’. The footage itself was, once again, vague. I’ll do a true deep dive into it later but for now, here are some things that stood out to me. We get to see Zelda fall in a giant cavern (it appears she won’t be playable, sadly enough) and see what that weird arm thing is all about. They’re grabbing back to a scrapped idea of Breath of Wild and are giving Link a cybernetic arm that integrates the rune abilities alongside adding a bunch of new ones. Neat!

It appears that this game is taking some inspiration from Skyward Sword by introducing a bunch of floating island above Hyrule. That’s what will shake Hyrule up this time around. As I’ve got a soft spot for this concept, I think it was a good idea for them to do. Also adds a literal new layer to the game. Were these islands always there but we just couldn’t see them before? Are they former parts of Hyrule shot up like Hyrule Castle? Who knows!

And that was Nintendo’s 2021 E3! Overall, I think it was a good one. When starting, Shinya Takashi and Yoshiaki Koizumi stated they included something for everybody in this Direct and I think they delivered. This was a very well varied Direct and I’m positive that whatever kind of Nintendo fan you are, you found something to look forward to.

For me, Metroid Dread, Mario + Rabbids: Sparks of Hope and ‘the sequel to Breath of the Wild’ were the ones that excited me the most. Can’t wait to play them!