The future of DC Universe & Young Justice in particular

The future of the streaming service is, and has been for quite a while, uncertain. 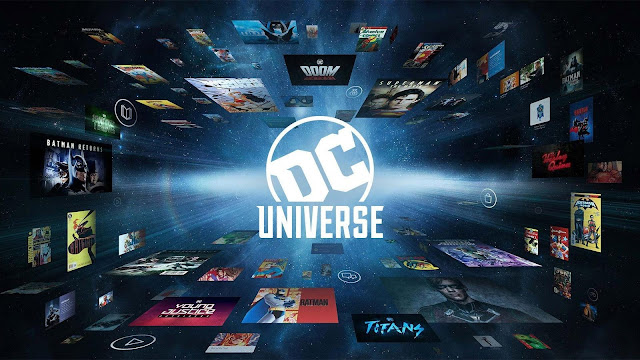 Last week it was announced that Stargirl was renewed for a 2nd season, but it did come with a catch. The show will leave the DC Universe streaming service and become a CW exclusive. With this, the streaming service has lost yet another one of its exclusive shows and its future, which has been uncertain for a while now, is put into question once more. Launching back in September of 2018, it’s a bit of a surprise the service is even still alive considering its high price tag, low amount of original shows and it not being available overseas. I’ve seen many outlets cover the Stargirl news and seen them write articles about the future of DC Universe but I also noticed something that made my heart bleed.

None of these articles even mentioned Young Justice. There was a lot of talk about Titans, Harley Quinn and Doom Patrol but Young Justice was nowhere to be seen. It’s a good show, way better than the service’s ‘juggernaut’ Titans and it deserves to be talked about yet for a few reasons (which I will get into) it isn’t really. Well, if other outlets won’t talk about Young Justice, I will!

The decline of DC Universe

First, though, let’s get my view on the future of DC Universe itself out of the way. With how it’s going right now, I don’t think DC Universe has a long future ahead of it. It has done quite well for itself, all things considered, but now that HBO Max exists I don’t think there isn’t any good reason anymore for DC Universe to exist. Not the way it currently does at least. HBO MAX is everything that DC Universe is, but not gathered solely on DC content. In other words: it has DC content, alongside a wellspring of others. With both Doom Patrol and Harley Quinn on the service, it already has a third of the DC Universe original shows. With the other shows leaving or being also available on other platforms, the big selling point of the service and the reason why you have to pay such a hefty price for the service is rapidly becoming a moot point.

What else is there on the services? Older content like Batman the Animated series and DC animated movies like Superman: Red Son. Fun stuff no doubt, but available elsewhere as well and not something you can consider as a selling point. DC Universe does have its comic book content going for it though. I’ve heard that it has a treasure trove of old comic books available and that many people have found value in the service on the comic book alone but that still doesn’t justify the cost I feel.

I don’t think the comics alone are enough to keep the service afloat. It has a high price-tag compared to other streaming services, many of which offer much more (original) content. With many of it shows now ‘leaving’ the streaming service, either completely like Stargirl or only partially like Doom Patrol, there’s just not enough big/original content on the service to justify its price. Fans, especially the fanatic and/or the ones with big pockets will surely remain with the service, but a general audience? They won’t. Because of that, I think it’s best that DC Universe either: gets folded into HBO Max completely or partially.

You can make no changes to the current DC Universe, but simply integrate it into HBO Max. Take a cue from the Disney+ playbook and make it a ‘tab’ available on the homepage. You essentially keep the service intact, but simply bundle it with HBO Max for (large) price-hike. This way, you give existing subscribers more value, give potential subscribers more reasons to get HBO Max and expose the DC content to a larger crowd. In the second option, you cut DC Universe up. You place its TV content on HBO Max (and/or other streaming services outside the US) and keep the DC Universe services at a lower price purely focused on comic content. You get the benefits of putting the shows on a bigger platform and you also have a dedicated comic service that you can further build on.

Okay, with my views on DC Universe out of the way let’s move to Young Justice itself. As I said in the introduction, most of the articles I read about the Stargirl S2 and DC Universe didn’t mention the show in the slightest. Now that a few days have passed, some articles have come out that mention Young Justice but even in those, it’s the third wheel to the wagon. Why is this, I thought to myself? Why is the show treated in such a way, an afterthought? After some thinking and some research, I think I’ve found out why.

While Young Justice Outsiders, the first season after the show's revival, was met with critical success and the demand for it was good, it was also met with a sense of disappointment from fans. The season had too many characters, lacked focus, developments and characters felt forced while others had built up yet no payoff. The season was good and enjoyable even with these short-comings, but it did temper people’s enthusiasm. I think this was most clearly seen during the airing of the first half of the season, during which I didn’t see many people talking about the show online. This picked up during the second half of the season, but it was still not as much as with the other shows on DC Universe.

I would also like to point out that this last point, the lack of any substantial buzz, isn’t just the show’s fault. Part of the blame here lies with the streaming service itself. For some reason, DC has done very little in terms of promotion for the series. It got a panel at both the 2017 & 2018 SDCC, so that was certainly nice, a tie-in to Lego DC Super-Villains and the second half also saw a promotion at RTX but that’s kind of it for the big stuff. When it comes to online promotion, it was and still is pretty bare. It got a trailer or two, but nowhere near the amount the others shows on the service got. No small promo’s for the next episode, no ‘recaps’ or ‘stream the  episodes now’, at least not that I’ve been able to find.

I get the impression that they were putting almost all of their eggs in the basket of already existing fans. The one that had been very dedicated to the show after its cancellation, which wasn’t because of low viewership or bad quality but because of Mattel pulling the show's funding after disappointing toy-sales just so you know, With the fans getting disappointed by Outsiders, which to be fair, would have always happened. The fans got years to build up season 3, years to build up expectations. Even if the season hadn’t had some of its aforementioned problems, people would have still been disappointed because the expectations were just so high.

This brings me to the Netflix of the situation. It wasn’t the dedication of the fans alone that got the show brought back from the dead. It was the very high viewership the show got on Netflix, spurred on by the show’s creator Greg Weisman that got the show renewed. What I don’t understand is that all of the other DC Universe originals are available on other services as well, but not Young Justice even though they know that it’ll most likely do very well. Titans is available on Netflix internationally and its thanks to this that the show managed to become so popular, especially after it’s disastrous 1st trailer and mediocre to bad season 1. If they just made Young Justice Outsiders available on Netflix like the show’s first two seasons I certain that the show will rise in popularity. The good word of mouth that this will generate will, in turn, help the DC Universe streaming service as well.

That’s what I would do. If I were the folks over at DC Universe I would roll up my sleeves, strike a deal with Netflix (considering the high numbers of seasons one and two I’m sure they won’t mind) and set up a new, better promotion for it. The show, even with its shortcomings, is still a great animated series with a lot of potential. Young Justice could become big, maybe not Harley Quinn big, but big regardless. Sadly though, it appears that DC Universe doesn’t realize this. With the streaming service seemingly on its way out, the show is once again in danger of getting cancelled.

Now, it seems most likely that DC Universe will be integrated into HBO MAX, either full or partially, and with season 4 already in production we have one more season guaranteed. Still, the show is on shaky ground and unless we fans start once more talking about and streaming it on DC Universe and if DC Universe wouldn’t increase its promotion and make more widely available, season 4 might be it's last.