The Life and Death of the Nintendo 3DS 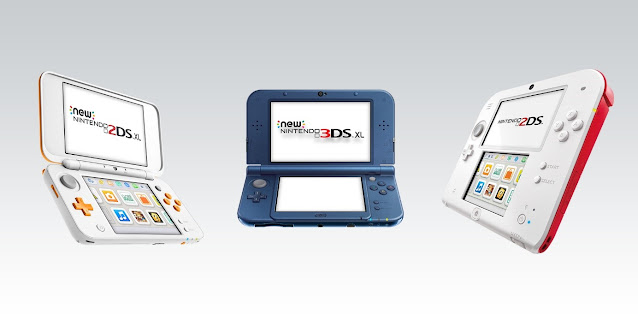 On September 16th 2020 the Nintendo 3DS family of systems were officially discontinued after over 9 years on the market. In honour of me getting my hands on and Nintendo 3DS XL almost 7 years ago to the day, let's take a look at the life and death of the Nintendo 3DS. From the console's development and launch to the addition of its multitude of different variations and finally its discontinuation. I'm hardly the first (nor the last I imagine) to do a retrospective on the Nintendo 3DS but one will be different in that it will include my own experiences with the console. It'll not only be a retrospective but also somewhat of a personal goodbye to the console that got me back into gaming.

With that said, let's dive in.

When the development of the Nintendo 3DS started is a bit unclear, though must have been sometime in 2009. In any event, Nintendo officially revealed the console on March 23rd 2010. People were expecting that Nintendo would come out with a sequel to their ageing Nintendo DS handheld system, one of their most popular consoles ever, so the 3DS was expected in that regard. What was unexpecting was the 3D aspect. I feel that the vast majority of people would have easily settled for a 'DS 2' of sorts. Just a much more powerful DS with a facelifted design would have been just fine. However, Nintendo is Nintendo and Nintendo got to Nintendo so they added in a brand new gimmick to the system, a 'hook' if you will: the 3D.

The 3D isn't something Nintendo pulled randomly from a high hat, it's something the company had been trying to incorporate in their consoles one way or the other for years. You, of course, have the failed Virtual Boy from 1995 but they also made attempts with the GameCube, the Gameboy Advance SP and yes, even with the Nintendo DS itself. In the mid-to-late 2000s, 3D was very popular (in no small part due to 3D in movies) so it was the perfect time for Nintendo to finally incorporate it into their newest system.

After some spiffy pre-launch event (one of which was even in Amsterdam, got to note that little detail!) the Nintendo 3DS launched late February 2011 in Japan and late March in Europe, the US and Australia. With how successful its predecessor the Nintendo DS was, people expected the 3DS to sell like hot-cakes, but it didn't. The Nintendo 3DS launched at an RSP of 250,- the same price as the Wii at its launch. Combine that with a very lacklustre launch line-up and the snags with the glasses-free 3D effect and the 3DS underperformed in its first few months on the market. The handhelds fortunes started to turn, luckily, when after 6 months Nintendo sliced its price and some must-have titles finally came to the system. The console went from an RSP of 250,- to 170,- in most regions. Early adopters of the system were compensated for this price cut through the Nintendo 3DS Ambassador Program, receiving 10 NES and 10 GBA games for the console for free. The later 10 have never been released for the system outside of the ambassador program, thus, consoles with these 10 titles installed on them are quite valuable these days.

The release of The Legend of Zelda: Ocarina of Time 3D in June had already helped boost 3DS sales, but it was the arrival of the completely new titles Super Mario 3D Land and Mario Kart 7 that finally gave the console attractive games. With these new fortunes, the sales of the 3DS in 2012 were healthy supported by a steady stream of new, quality, games.

In these first two years on the market, the Nintendo 3DS didn't have my attention. I was pretty adamant in my opinion that the handheld was 'stupid' and that I was better of staying with my Nintendo DSi. Part of this because I was young and didn't understand how these consoles really worked and part of it was that I was (and admittedly still am) cheap. I didn't understand what the difference between the two consoles was aside from the gimmicky 3D which I thought could not be turned off. Why would I pay for a brand-new console with stupid, eye-hurting, 3D? My opinion on the console, however, started to turn around in 2013 all thanks to (what else?) Pokémon.

In early 2013, Pokémon X & Y were announced for the 3DS for October that year. I'm a big Pokémon (which you may or may not have picked up on) so these titles made my finally want to dip my toes in the console and what it had to offer. In the same year, Nintendo released its second hardware revision of the console. 2012 had seen the release of the Nintendo 3DS XL, a larger and better designed 3DS, while that year (on the same day as X & Y no less) the Nintendo 2DS was released. The 2DS is, as the name suggests, a 3DS without the 3D effect. The console itself was also designed differently, being smaller and omitting the clamshell design. It was my intention to get this model with Pokémon Y, but my mother managed to convince me to go with the proper 3DS instead after chiming in. She would pay the price difference between the 3DS and the 2DS herself and it would be a Christmas present. The model I would pick up ended up being the 'a Link between worlds' 3DS XL. I was hoping to go for the red Pokémon Y edition, but due to a sale, this very good looking Gold model with an extra game thrown in was the exact same price. Pokémon Y I would find on the Christmas tree that year as well.

Anyway, with those early days out of the way let's move on to what I feel is the golden years of the consoles life. From late 2013 to early 2017, the 3DS was on top of the handheld market and what kept Nintendo afloat. It thrived in a market where it had plenty of competition and were Nintendo as a whole wasn't doing so hot. Sony had its own handheld system that the 3DS had to compete with, the mush more powerful PS Vita, as well as the growing Mobile market and its use as a gaming device. While the PS Vita couldn't keep up with the Mobile Market, the 3DS did due to its lower price point and library of unique, quality titles.

With Nintendo's home console the Wii U failing to get any meaningful traction, it was the 3DS that was Nintendo's workhorse during this time and you can clearly see that in the attention Nintendo gave the console. We got not only a large library of 3DS games but also a large library of games from older consoles through the Virtual console. GB, GBC, NES and even GameGear games and SNES games, granted you have the New Nintendo 3DS. Yes, Nintendo came out with yet another new model during this time. The New Nintendo 3DS (and later the Nintendo 2DS XL) was a mid-generation upgrade for the console. More power under the hood and an extra joy-stick for starters. It also had some games that played exclusively on this console, but those games weren't plenty (thankfully) so this didn't split up the player-base. The console also had some very strong applications on it. Aside from the EShop, which Nintendo started to support much more strongly on the 3DS then ever before, you had a camera alongside editing software, some fun AR and much more. That all seems rather inconsequential, but trust me, I've seen/heard kids getting a 3DS console and playing around with these features for hours.

The beginning of the end

In short: these 3 years were, in my eyes, the 3DS's greatest. A console with a large library of quality games, with many different models and applications that was well supported by its company made for a very strong console.

Nothing lasts forever however and the start of the end for the Nintendo 3DS came in 2016 with the announcement of the Nintendo Switch. Nintendo's newest console was a handheld and home console hybrid. It was pretty clear to gamers that the Switch would replace both the Wii U and the 3DS but like Nintendo did with the GBA when the Nintendo DS came out but as we all knew it did. Makes sense. You don't know if your new console is going to be a success or not, so you put your eggs in more then one basket. The Switch did become a success though, an instant success even. Nintendo still released a good amount of games for the 3DS in 2017, like Metroid: Samus Returns and Ever Oasis, but these were pretty much overshadowed by the Switch and its games like Breath of the Wild and Super Mario Odyssey. This really showed that the 3DS didn't have much more gas in it. Nintendo kept supporting the 3DS for a few years longer, but it clearly slowed down until finally on September 16th, 2020 Nintendo formally discontinued the console.

The 3DS also had tons, tons of great games. I talked about those a lot in this piece so it’s only fitting if I mentioned some of those. Firstly, you have quite a few killer Mario titles. The ‘3D/2D’ Super Mario Land, Mario Kart 7, the traditional 2D Mario in New Super Mario Bros 2 and many, many more. You’ve also got quite a few Zelda titles on the systems. Both Ocarina of Time and Majora’s Mask got a 3D remaster on the system and there’s also a brand-new top-down Zelda game in the form of a Link Between Worlds. Pokémon is on the system of course and quite frankly rivals Mario when it comes to the number of titles. You got 4 different sets of core-series titles, from X & Y to Ultra Sun & Ultra Moon as well as spin-off titles Super Pokémon Mystery Dungeon and Detective Pikachu. Fire Emblem got saved from the brink of death with Awakening and continued its rise in popularity with the Fates titles and Shadows of Valentia. You got Professor Layton games, the Yo-Kai Watch series and tons, tons of Indie titles. I could go on and on about the 3DSs games (which I might even do at one point) but for now, I leave you at the above and an image of the 3DSs greatest titles below.

The Nintendo 3DS is, quite frankly, my most favourite gaming console. It's far from perfect and my early history with the console was rocky but in the end, it did a lot for me. Before the 3DS, I was losing my interest in gaming. The 3DS, through Pokémon Y, brought me back into things as well as diversifying my tastes. I had never played a Zelda before the 3DS, but now it's one of my favourite franchises and the same goes for Fire Emblem. In terms of the applications on it, the activity log I especially found useful. Getting to see my own gaming behaviour on the system was both fun and insightful. I also started to follow the entire gaming community activities during the time of the 3DS, finally getting that 'community' aspect I had heard so much about.

All in all, the Nintendo 3DS was a very good console that means a lot to me and many others. It (re-)introduced many people to the world of gaming. It might have not started strongly, or sold as many units as other Nintendo handhelds, but it was still quite a success for Nintendo. Its legacy will no doubt live on for a very long time.