The year that keeps on giving… 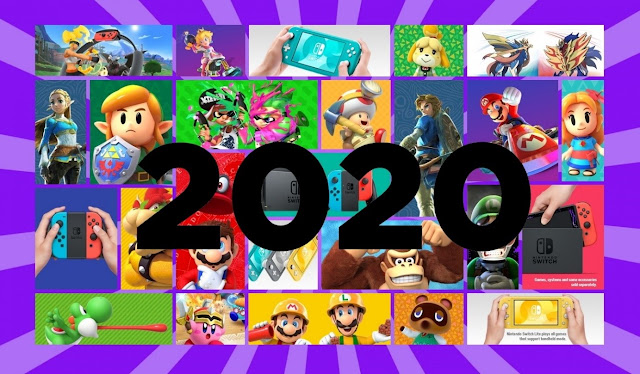 Oh, 2020. What a year you have been. What started out rather promising in terms of movie and game releases, went quickly down the drain due to the 'human malware'. Regardless, I feel like doing a sort off retrospective the year. For all of the bad things that have happened throughout it, there was still some good in it. I started this blog for one and to me, that counts. And that's what this post will be all about. Some of my own experiences with 2020 (that fall into this blog's niches that is). Because lord knows we need more of those!

For me, the year started out pretty well. I still had not yet finished Pokémon Shield so I was very much looking forward to very much. What's more importantly for January was the second part of the 'Crisis on Infinite Earths' Arrowverse crossover. I had enjoyed the first three parts (well, two parts. No Batwoman on Netflix means no part 2 for me!) and was looking forward to seeing how it all ended. I was also eager to find out if they would finally merge the different earths of the Superhero shows would be merged into one ala the original comic. I was (mostly) not disappointed. While I think that the first 'half' of the crossover was the better of the two I still thought that the end lived up to the expectations. My biggest problem is what they did with Oliver Queen, the Green Arrow. I thought it was a let-down. He became the Specter, one of the most powerful entities in the extended DC universe, and the character has a lot of potential. I personally didn't really 'get' this decision but I was willing to go along with it. However, I feel that they did nothing with the premise. The Oliver we see in part 2 feels too far removed from the Oliver Queen we got to know and love for 8th seasons. This, alongside the light-show that is his final death, severely lessens the impact of his death to me.

Regardless, I enjoyed it thoroughly and it was as good start to the year for me.

Let's stay in the Arrowverse for a while longer the moment, shall we? Before the start of the 2019-2020 TV season, I was pretty much done with the Arrowverse. One by one, the shows had grown 'stale' for me and had fallen from my watch list. The only show I was really watching was Legends of Tomorrow (my absolute favourite of all of the shows) and even that one was starting to lose me. Season 4 of the show was good, but I just found its main narrative left a lot to be desired. The entire 'Time Bureau aspect' was my least favourite part of season 3. Season 4 doubled down on this aspect and I personally felt it held the season down. The decrease in actual super heroics also didn't help for me. Luckily, the new season got me back into the saddle with most of these shows. I started watching Arrow again as it was its last season and it was damn good. It told the story of Oliver's final journey perfectly while also tying up most of the loose plot threads as well as paying respects to the show's history.

The new showrunner on The Flash, Eric Wallace, did wonders I feel. The show, just as its sister shows, have started to fall victim to their own length. Storylines are getting repeated, characters become stereotypes of themselves while the core of the series starts to feel outdated. Wallace did a wonderful job not only breathing fresh air in the series. He changed its structure, dividing the 20+ episode season up in parts ALA Agents of S.H.I.E.L.D and stepping away from some of the stereotypes and repeating plot-points. It's by no means perfect but I enjoyed it a lot. Legends season 5 had a better main storyline running throughout the season and even with Brandon Routh forced out of the series as Ray Palmer, it recaptured my interest.

The next season for each of these shows is going to be very interesting. You have the pandemic having not only cut their previous seasons short but also the restrictions that are currently in place. With the quarantine rules that are in place in Vancouver (where most of these shows are filmed), it means fewer crowd shots, fewer extras and also some (potentially) different rules when it comes to guest stars. The quarantine rules make it so that a guest star appearing for just one episode is really not beneficial to anyone. You have to quarantine two weeks for a few days of work, who would agree to that? However, this does mean we could see guest stars appear for multiple episodes in a row. Instead of the 'freak of the week' model, we could see a 'freak of the month' type thing in the next seasons. Each supervillain getting their own mini-arc of episodes instead of just one. That's all speculation of course, but I find it a very interesting prospect.

That's mostly it when it comes to the TV section for me, at least the stuff I want to talk about. I watched more series, of course, Chilling Adventures of Sabrina part 3 and the final season of She-Ra and the Princesses of Power, but again, trying to stay within this blogs niches here. That means we still have comic books and games to go and of those two, the first one I can close off pretty quickly. When I started this blog, I knew that something else had to give as I wouldn't have time for everything. As it went along, comic books were one of the things that gave away. I didn't stop reading it completely, but beyond anything, for review, I maybe read one or two issues a week. Especially after the comic book industry ceased shipping out new books for a while due to the pandemic. Thus, I didn't really have that much to say about it. What I do have to say about I've already done in earlier articles so I'll referrer you back to those if you want to know more.

I've gotten back into it more in recent weeks though, so hopefully, I'll be able to do some more comic book stuff in the future.

All the Gaming stuff

Lastly, the gaming stuff. As you may or may not know, I'm a Nintendo gamer so most of this section will just be about them. Except for one thing: the brand new consoles on the market. The Xbox Series X and the PlayStation 5. That I'm a happy Nintendo gamer doesn't mean that there are games on these platforms that I wouldn't like to play. Over the years, this list has grown to become quite robust. The entire modern Tomb Raider series, God of War and Spider-Man to name just a few. Considering the large backwards compatibility of these consoles, if there's a time for me to make the jump, it's this generation. It's the PS5 I'm eying due to its exclusives, but I'm not pulling the trigger until the end of 2021, at least.

And finally, just because I want to, all of the games that I actually finished this year. I've played, and god knows bought, many more games this year but I can't possibly talk about all of those. I will, however, single out the Witcher 3: Wild Hunt: Complete Edition as a game that, for me, has been a big part of 2020. I watched the Henry Cavill lead Witcher series on Netflix at the end of 2019 and that made me finally pull the trigger on this already rather old game. This was a good decision. I've had a lot of fun with the game and while I'm still far away from actually finishing it, it's definitely one of the best games I've ever played.

From that I've finished, well, you see those in the image below. Some of you might have been wondering why my game reviews mostly concern older titles and now brand-new ones (except for DLC). Well, that's because of two reasons. The first is time. This blog is a hobby, so I just don't have the time to race through a game within a day or so for review. Second is that my backlog has gotten a bit out of hand (in my opinion) recently. The game reviews, which I try to publish bi-weekly, serve as extra motivation for me to work through my backlog. Plus: it all helps me build up experiences with game reviews. Thus, if I do come in a position that I can review a new game pretty fast after release, it'll still be a quality review.

Not all of the games I've played I've actually managed to review but if you click the image with all of my finished game, it'll take you to all of my game reviews and you can see and read them from there if you're interested.

So yeah, those are my experiences/rambling of 2020. Maybe not THAT interesting for an everyday reader, but it's just something I wanted to write so here it is. I thank you all for reading and on to 2021! May that year be much better then this one!