An upgraded Switch seems inevitable and could even come this year. Let's discuss! 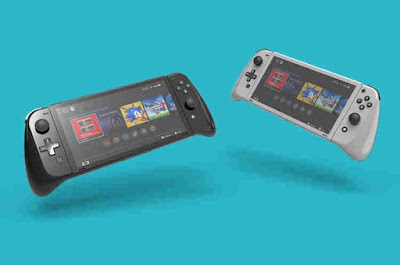 So for well over 2 years now, one rumour has been popping up like a weed in the Nintendo community. That of an updated and upgraded Nintendo Switch. A ‘Switch Pro’ if you will. From you’re common internet “leaks” and “rumours” to known industry insiders reporting on rumblings on the subject and even data miners finding “evidence” in recent Switch software updates. All taken with a pinch of salt, of course, which is why I put terms like leaks into quotations. Even if we still don’t know for certain if a ‘Switch Pro’ is coming or not, with how successful the Switch currently is, it does seem inevitable.

So today, let’s look at everything that has been “leaked” and “rumoured”, take a look at the ones that are more persistent and likely to happen and see how a ‘Switch Pro’ could turn out. Plus, I got some of my own thoughts and ideas that I like to discuss.

Let’s start with what, in my eyes, is the most longstanding rumour: 4K support. High graphical fidelity has never been a Nintendo thing, but with the competition having incorporated it in their consoles and 4K TV’s becoming more and more commonplace it's an avenue that could be worth exploring. There are even ‘signs’ (quotations needed) that Nintendo is indeed looking into 4K.

At the beginning of last year Digital Foundry, a site/Youtube channel specializing in analysing game software and hardware published a video in which they experimented with Nvidia's DLSS solution to upscale footage to 4K. It’s not quite true 4K but it’s a noticeable improvement and looks quite close.

With this tech, it´s possible to turn modern-day games like Breath of The Wild into 4K games without having to re-develop the title to support it. It´s also a much cheaper and less intensive route to get 4K support going so the console would still be on the cheaper end of the price spectrum just as Nintendo likes it.

Nvidia just so happened to be the company with which Nintendo is now in business, delivering chips for the Nintendo Switch Lite. More telling is that Nintendo has, reportedly, asked developers to make their games 4K ready. It’s certainly not a given, but 4K support for the ‘Switch Pro’ would make sense and there is a path that Nintendo could take to make it happen.

The second most common rumour is that the ‘Switch Pro’ will switch to using an OLED screen. What is an OLED screen exactly and why would it be such a difference from the current LCD screen? Well, with an OLED screen each pixel of the screen functions as its own light instead of being backlit. That would mean that the colours would be richer, for starters, and the screen itself could also be of better quality.

If Nintendo switches out the current LCD screen for an OLED it is also likely that the screen is bigger. Assuming they won’t cover the edges, that is. The OLED screen could also lead to the Switch Pro having a thinner bezel as, well, it won’t need a backlight incorporated into the console. I don’t know if the OLED screen will be beneficial for the battery, however. I don’t know if the individual lighting of the screen requires more electricity or not and if, so, if that kink has a workaround. So the battery life could be the exact same on the Switch Pro as on the current models of Switch.

The last of the big rumours that I want to address is that of a new chip. There’s other stuff, like software updated from the current model of Switch that alludes to Bluetooth compatibility. Something the current model doesn’t have aka something a ‘Switch Pro’ could but that’s a trivial detail in my eyes. What isn’t is the new chips. Unlike the other rumours, people are pretty certain that this one is true. The current chip (set) of the Switch will cease production at the end of the year and it’s highly unlike that Nintendo has so many chips left in stock that it’ll be able to use them for years on end. New chips are thus required.

However, new chips don´t necessarily mean that the ´Switch Pro´ will have a significant power boost. A new (set of) chips will give the system more power on paper but actually making use of that extra power is another story. For one, if they only change out the part of the chips that are getting discontinued this will only really make the console more efficient. It won’t result in a significant change in processing power. For that to happen, Nintendo would need to also upgrade other aspects of the Switch such as the dock. And if you have a technical overhaul of that scale wouldn’t it be a better decision to keep developing it a little longer and turn it into the Switch’s successor, a new console, entirely?

On that note, let’s dive into an idea that I had for a ‘Switch Pro’ that I want to share with you all. I’ve got zero evidence to support any of this unless you count the news of software updates potentially indicating some sort of new Switch dock, but that really doesn’t support this idea much. What is my idea exactly? Well, that of an in-between in the form of a new Switch dock that gives some of the upgrades to the current model of Switch.

I have always been on the ‘Switch Pro opposition’ so to speak. I love the Nintendo Switch. There’s no console I have more games on than the Switch but I’m not glamouring to see it replaced. Unlike some, my Switch has stayed in a rather good condition over these 4 years. Some filth in the seam where the screen meets the bezel and marks from putting it in and out of the dock are the only offenders. I don’t even have any Joy-Con drift, believe it or not. I thought I had some, which is why I bought the purple/orange pair, but when I pulled them back out so I could do local multiplayer it had no issues whatsoever. That was three months ago and it still hasn’t drifted. So obviously whatever it was, wasn’t true drift.

But I digress, you’re not here to hear my weird Joy-Con story. What you’re here for is more ‘Switch Pro’ speculation. My Switch dock idea included. This upgraded dock would allow the standard model of Switch to get the same docked capabilities as the ‘Switch Pro’. This way it would accomplish two things. It’s a cheaper alternative for people who want things like 4K and/or play any potential exclusive games. It’s not a likely development, and even if it would happen it would definitely release a while after the ‘Switch Pro’, but it’s an idea I like to entertain.

So that around and about everything that I wanted to say about the ‘Switch Pro’. There is still no official word on if it’s coming, but let’s be real, it very much is. Maybe it'll have 4K and an OLED screen, but for now, that’s all still speculation. We’ll have to wait and see how the ‘Switch Pro’ turns out once Nintendo reveals it. E3 2021 is just around the corner so perhaps we will hear something about it then but I am keeping my expectations in check. I’m not assuming it’s a given. Nintendo is (in)famously tight-lipped and the Switch Lite was revealed in July 2019, a month after E3.