Let’s Talk About the Pokémon Sword and Shield DLC

and why I’m (cautiously) optimistic about it. 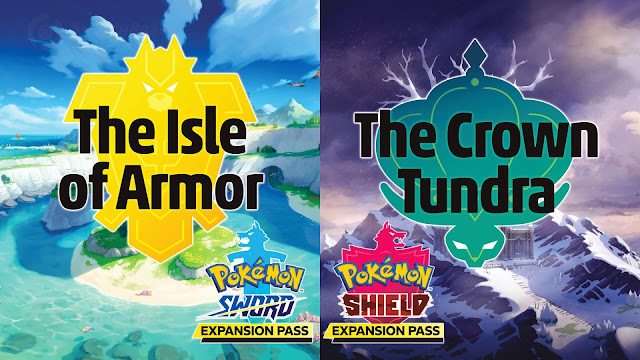 At the beginning of the year, Nintendo held a Pokémon Direct presentation where they revealed two things. The first one was Pokémon Mystery Dungeon: Rescue Team DX, a remake of the spin-off title Pokémon Mystery Dungeon Blue & Red Rescue team. That is not what I'm going to talk about today. This post will be about the Pokémon Sword & Shield Expansion pass. Instead of releasing a third or 'upper' version of Pokémon Sword & Shield as they've done in the past, they're adding brand new content to these games in the form of DLC. While the introduction of DLC to the Pokémon franchise might be cause for concern for some, I feel that Pokémon tackling DLC is an improvement.

No, they're not selling you Pokémon back

Let's get the first concern out of the way, in case you hadn't heard it already. No, the Pokémon company isn't using the DLC as a way of selling you your missing Pokémon back. While you'll only be able to catch the new and returning Pokémon if you've got the expansion pass installed, a free update will become available the same day as the DLC launches that allows you to receive these Pokémon in the base game as well. While some people might still see this as a form of a paywall, it's no different than what Pokémon has done before. You always had to trade with the other version of the games to get all Pokémon and in the case of new Pokémon being introduced, like Poipole in Ultra Sun & Ultra Moon, for example, they couldn't be traded to the original Sun & Moon. At least this way, all the Pokémon are compatible with every copy of the game and buying the DLC isn't a necessity in this regard.

The DLC might also give in inside in the world of Pokémon from an angle we haven't seen before. In the game's lore, it's established that Galar has more than 8 gym leaders, split between a major and minor league. But beyond some version exclusive gym leaders, like Bea in Sword and Allister in Shield, we didn't get to see or learn any more than that in the base game. However, it has already been revealed that your rival, either Klara or Avery, are aspiring gym leaders. Their reason for coming to the Isle of Armor is to make that dream a reality and it thus looks like that we will learn more about how the gym system in Galar, and by extension the entire franchise, works.

While this is an example specific for Sword & Shield, DLC for future games can similarly dive into concepts that the base games didn't go into much detail about. As the story is separated from the story of the main game it doesn't have to adhere to the structure of a Pokémon story. They don't have to spend time explaining the mechanics and the gym challenge won't be the backbone of the story and its progression for example, that has already been done. It's going to be interesting to see how the developers will craft this new, smaller story without these restrictions in place.

Finally, there is the simple question of the price. The DLC is cheaper than buying a whole new game. If they had chosen to release a third version you would have to pay around 60 bucks for a game that is, for the most part, exactly the same as the game you would have most likely already bought just to enjoy some extra content. The expansion pass is priced at around 30 bucks, depending on the territory, half the price of a new game and you're only paying for the new stuff. The only scenario in which you wouldn't be out cheaper is if you've got both versions and want the DLC for the both of them. Instead of offering one expansion pass which recognizes the version of the game present on the system, you have to buy the DLC for both versions separately.

There are a few things that do make me worry a little though. DLC has always been tricky. Best case scenario the base game is already a fulfilling experience and the content that the DLC ads are nothing more than a very welcoming, fair priced, bonus. Experience tells though that this isn't always the case and too often it's overpriced and/or feels like content that should have been in the game already. With Sword & Shield already feeling unfinished and this being the very first time the developers are making DLC we'll have to wait and see in which category it will end up in.

Lastly, there is one thing I feel that a traditional third or upper version would have over the expansion pass. My biggest problem with Sword and Shield, which you can read in my Re;View of it, is the pacing and wasted story potential. More specifically, the game features instances in which it sets in motion a story sequence, for example, wild Pokémon Dynamaxing outside of the Wild Area, but instead of letting the player actively participate in these events they are more or less brushed off while pushing you back towards the gym challenge. The third version of these games would have been able to fix these issues, but as the expansion pass only adds more content on top of what is already there these issues will unfortunately remain.

At this point in time, nobody can tell how the DLC will end up working out for the franchise. Wil it be a breath of fresh air or will it only make the issues that Sword & Shield, and by extension, the Pokémon franchise as a whole, have that much more obvious. Knowing how Pokémon has handled things in the past and from what they have already shown about the expansion pass I'm slightly optimistic that it will all turn out just fine.