The benefits of a TV show having fewer episodes per season 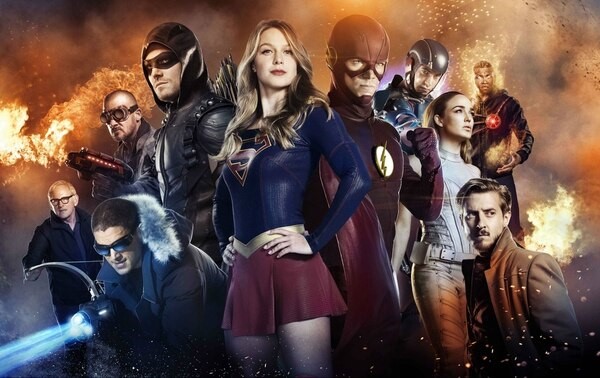 With the current Corona Pandemic, many TV shows have halted their production including those of the CW’s Arrowverse: Supergirl, The Flash and Batwoman. As it is uncertain when production can be resumed it seems most likely that the shows seasons will be cut short. This would lead to the shows will ceasing their current run without a satisfying ending and how this will influence the upcoming season has yet to be seen. However, the current situation does remind me of something I’ve been thinking about for a while now. That it may be better if the CW cuts down the season length of their shows by a few episodes.

The current model the CW, and most other networks, maintains is that their shows have a season of roughly 22 episodes. Only a handful of shows have shorter seasons, as is the case with Legends of Tomorrow, which usually has around 16 episodes in its season. The reason for this a budgetary one: the shows revolve around time travel and to properly convey each time period, many different costumes and sets are produced for just one single episode. The GCI that the show needs to show of the superpowers of its characters and to enhance set pieces also add to a higher cost per episode than usual. While it does result in less content for the viewer, the lower episode count comes with its set of benefits that I feel other shows, especially that of the Arrowverse, could benefit from as well.

For starters, having fewer episodes means that the writers have to tell their story in less time. Every minute becomes much more valuable what is shown on screen thus becomes much more important. This would lead to the amount of filler (episodes) being reduced. The episodes can become much more focused as a result. While The Flash might have 3 to 4 filler episode per season, episodes that don’t contribute to the main plot and are more a distraction or de-tour than anything else and are made to just fill out the season's episode order. It is also not uncommon that these episodes are also very small in scale, featuring a very limited cast and reusable sets to save some costs.

A perfect example is the 20th episode of Arrow’s 5th season. In it, Oliver Queen, the show's protagonist, gets trapped inside his own base of operations with his love interest and almost the entire episode is only these two characters trying to get out of this one location. The producers of the show even admitted that the episode wasn’t planned and was only their for budgetary reasons. If such episodes don’t really serve a purpose other then just to fill out the episode order why not just cut them out entirely? Nothing substantial gets lost and the cast and crew can use the time and money for other, better, things.

More flexibility for the cast and the network

Another reason for a reduced episode count: the commitment of the cast involved is lower. Starring in a TV shows means that the (main) actors are unable to work on other projects for a big chunk of the year. Actors are only able to take on a limited amount of work outside of their TV commitments. Starring in another project might result in scheduling conflicts at best or having to leave the show at worst.

On Supergirl, for example, Melissa Benoist, who portrays the titular hero, had a scheduling conflict at the start of season 4 and was unable to film the first two episodes of the season. The show found a way around this by filming the episodes out of order and putting Supergirl in a temporary outfit were her face was covered, meaning they could use a stand-in. It worked, but it wasn’t ideal. This can also work wonders for attracting actors to the show. A lower commitment means it’s easier for actors to have a (recurring) role on the show, especially for big-name actors. The show gets a boost by having this actor, while the actor itself can use it to diversify their portfolio and to experience a different type of production.

A third and final reason to shorten a seasons length is that this gives the network more room to produce and air other shows. While I very much like the CW’s current slate of superhero shows, there is no denying that it takes up a bulk of the networks air-time. The CW, and other networks for that matter, run the risk that lack of diverse content can hurt their viewership in the long run. These shows do compete with each other for the same basic audience and when the popularity of the genre as a whole starts to decline, so does the viewership. By decreasing the episode order there is more room for the network to diversify their slate, bring in a broader audience and giving themselves a bit more security for the future.

While I, just like many fans, of course, want as much of the things we enjoy as possible, cutting down the episode count of these shows will likely be beneficial to the shows themselves and the network. A shows focus can tighten, they can get more ambitious and the lower commitment for the cast can attract more, and perhaps even big name, actors to the shows.