When the world needed it the most, the Avatarverse has returned. 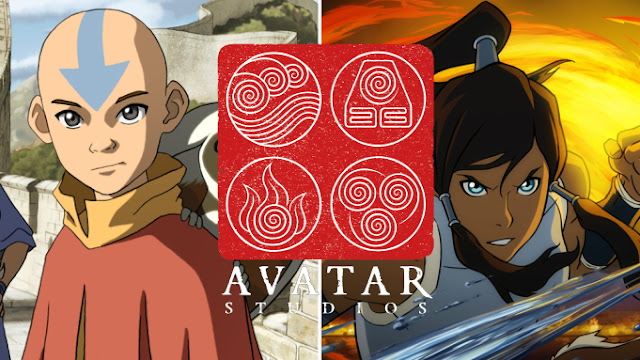 These days, streaming services and interconnected franchises ala MCU are all the rage in Hollywood to mixed success. It’s really only the Monsterverse that, other than Marvel, this system is working for. And now, a new contester has entered the ring. Avatar Studios, a new studio based entirely around Avatar: The Last Airbender and The Legend of Korra. Avatar was a big part of my childhood and I always thought that the world was Avatar could and should be explored more. Let’s take a look at everything we already know about Avatar Studios, what has been announced, and what the Studio could have in store.

Let’s start by rewinding a little. Avatar: The Last Airbender is an animated television show by co-creators Michael Dante DiMartino and Bryan Konietzko that aired on Nickelodeon from 2005 to 2008. The show was about the 12-year old Aang, the current Avatar and the last surviving Air Nomad. Together with his friend, they strive to end the Fire Nation’s war against the other nations of the world. To do this, Aang needs to learn how to bend the four elements and restore balance to the world.

While a children’s show, the show was a success in both ratings and critical reception. The characters, the strong influence of Asian culture, art direction and much more was praised. It didn’t speak down to its audience, it touched on rarely featured subjects in children shows such as war and imperialism. Because of this, the show is watchable to people of all ages and holds up exceptionally well even all these years later.

The success of Avatar: The Last Airbender lead to the launch of a franchise of comic books, videogames, a sequel series and even a live-action movie. The most successful of these was the sequel series Avatar: The Legend of Korra which focused on Aang’s successor Korra. While not as lauded as the original series, in part due to mistakes of the creative team and part due to Nickelodeon mishandling the show, it’s still a very good show. The live-action movie on the other hand… well, the less said about that movie the better.

The current state of Avatar

This all bring us to the present day. After The Legend of Korra concluded its turbulent run in 2014, the world of Avatar became pretty silent. There was still new Avatar content coming out in the form of graphic novels. While well made, these graphic novels aren’t even all that well known by fans so while it kept the franchise alive it did so on a low fire. Until 2018 that was, when Netflix announced a live-action adaptation of the original series.

Now, these type of adaptations have a history of not being good and the awfulness of the live-action didn’t instil a lot of confidence in the project. The one thing that made fans perk up was that Michael Dante DiMartino and Bryan Konietzko were attached to the project. When they left, that little bit of goodwill evaporated. While Netflix states that the project is still in development and slated to start production later this year, leaked details kind of supports the idea that Netflix doesn’t understand Avatar, but I digress.

It’s this entire situation that made the announcement of Avatar Studios so unexpected, yet so welcoming. Many thought that the Netflix adaptation would be the only thing Avatar related we would be getting. Now though, there’s a slew of content coming our way with the original creators and other members of the original production crew attached. The announcement of Avatar Studio itself revealed its first project an animated theatrical film though the press release also heavily suggests a new series is also on its way. At this point in time, that’s all we know. That they intend to come with much more Avatar related content, with a movie set as the Studio’s first project and the only one we know for certain is in the pipeline. I can, however, make some educated guesses on what they might do with the movie and what a new series could be about.

The way I see it, there are two paths new projects can take. Continuing the story of either Aang or Korra or focus on a brand new Avatar. The mythology Avatar lends itself perfectly for the introduction of a new Avatar with his or her own journey set either before or after what we’ve already seen. The latter is the more likely option if you ask me. I don’t have a single interview or article to point to hear but what I’ve come to understand is that DiMartino and Konietzko consider Aang’s and Korra’s journeys to be done. Yes, the graphic novels tell stories set after the ending of both series, but they’re content with letting these stories be told in that form. It this reason why I don’t think we’ll see Aang’s or Korra’s journey continue on the screen and that these graphic novels will be adapted.

Well, almost. I do feel that the theatrical movie could be an exception. Why? Well because the original series still is the most popular part of the Avatar franchise which makes it the most marketable one. A sequel movie with Aang and the gang would make sense marketing-wise. It’s this set of characters and imagery that has found its way into general pop culture the most, so it would be recognizable to a more general audience. It would also ensure that fans would go to the movie with the promise that they get to see these characters one more time. A win-win, you could say.

Not only that, but there is still a story from the original run that this movie can dive into. The fate of Zuko’s mother is a plot point that was left unresolved when the original series ended. Sure the original set of graphic novels ‘the Search’ was all about the search for Zuko’s mom and while a good comics, it was rather underwhelming. I don’t think that many tears will be shed if the creative team decides to re-tell the story. Either that or they can create a new narrative based on that team Avatar all grown up poster they released for a comic con many years ago. People really liked that one. Heck, they could even combine the two. That could work!

For the rest, I don’t have much to say. I’m very sure that we will get a new animated series in the not so distant future, which will most likely centre around a new Avatar. If that Avatar is from before Aang or after Korra is yet to be seen. The short-form content will most likely be similar to the Avatar chibi-shorts from back in the day. No words on any videogames though, but I guess that's not really a priority at the moment.

That’s everything we currently know about Avatar Studios and my thoughts about it. I’m, for one, very excited to see what the Avatar team will do. The world of Avatar is a rich one. One that perfectly lends itself to multiple projects, different types of stories and different kinds of story-telling. We don’t know much about the studio’s project yet, other than a movie is in the works and a new series is very likely and that the Netflix adaptation is completely separate from this deal. With a little bit of luck, we can look forward to a lot of new, quality Avatar content in the coming years.