From Miitomo to the upcoming Pikming AR game. 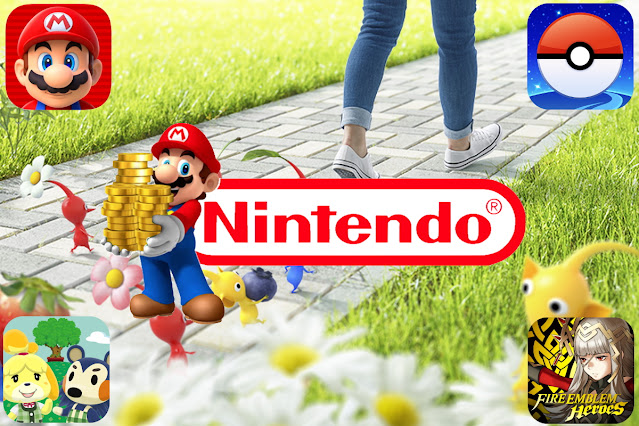 Last month, Nintendo announced that it was partnering with Pokémon GO creator Niantic for multiple new mobile games based on Nintendo properties. A Pikmin game is the first of these projects, currently referred to as ‘Pikmin GO’ by fans, and is slated for release later this year. I want to take this opportunity of Nintendo revealing its intention to invest more heavily in the mobile gaming market to talk about the past, present and future of Nintendo mobile games. From a hesitant beginning to a somewhat successful yet at the same time troubling present.

The story of Nintendo and Mobile gaming starts around 2015. Prior to that year, Nintendo had seen great success with both the Wii and the DS. The Wii was (and still is) the best-selling home gaming console of its generation. Its focus on the then-revolutionary motion controls brought in the ‘casual crowd’ like never before. Nintendo’s handheld console was also doing spectacularly well with the DS becoming the highest-selling handheld system of all time. These sales numbers, combined with equally impressive software sales, resulted in Nintendo’s profits skyrocketing. Nintendo was at the top of the (gaming) world, you could say.

By the end of 2014 however, the company’s fortunes had changed dramatically. Both Wii’s and DS’s successors, the Wii U and the 3DS respectively were not as successful as the company had hoped. You see, Nintendo’s success in the casual market for both these consoles came at a price.

When the Wii U rolled around Nintendo, having grown quite a hubris due to its earlier success, failed to see how the market had changed. They failed to see the alienation of many core-gamers with Nintendo due to their focus on the casual crowd over them as well as the strength of the mobile market. This lead to a console that was too expensive for the casual gamer. Sure, the core Nintendo gamers were still here but almost all the gamers who didn’t have a very strong connection the company and its IP’s were not. They saw the Wii U’s very casual focused marketing and the lack of ‘more adult’ software and went to the competition.

The Wii U became a failure, only managing to sell around 13 million units in its lifetime and become the company’s second-worst console after 1995’s Virtual Boy. It’s a failure and one that would define Nintendo’s course moving forward to this day though that’s a story for another time, perhaps. If it wasn’t for the 3DS (whose fortunate had turned around by this point) Nintendo would have very liked not been around anymore. Well, in the form we know it today at least.

It’s the failure of the Wii U that lead to Nintendo entering the mobile market even though the company had been heavily opposed to doing so before. Before 2015, the then CEO of Nintendo Sato Iwata stated that “Nintendo would cease to be Nintendo” if they started developing mobile games. Those are big words that sum up the companies dislike for mobile pretty well. Aside from this dislike they also feared that creating mobile games would hurt their age-old release strategy. Releasing these IP’s outside of a Nintendo Platform could mean that these players don’t have to buy a Nintendo console and their profits could dwindle as a result.

Stepping into the ring

But the pressure of Nintendo’s investors was too great and by 2015, Nintendo announced a partnership with Mobile game developer DeNA. The first game came in 2016 with Miitomo, with Super Mario Run, Fire Emblem Heroes and Animal Crossing Pocket Camp following suit in 2017. These early mobile titles varied greatly in quality. Miitomo got shut down after only two years due to low player numbers. Super Mario Run and Animal Crossing Pocket Camp were fine, but both had problems in drawing in players. Fire Emblem Heroes was the only one that became a real success. It managed to draw people in, keep them playing and evolve itself.

With this one exception, all of these games failed to become successful. But it was enough to keep the investors happy and hold them over until the release of Nintendo’s next console. Said console is the Nintendo Switch and as you’re probably well aware by now, the home/handheld hybrid console has been quite a success for the company. This success lowered Nintendo’s need for successful mobile games and this lead to them decreasing and de-prioritizing their mobile efforts. They were never that happy with going into the mobile business so I got to imagine that this wasn’t a difficult decision for them to make at all.

Why then, I can hear you ask, is Nintendo going back to the mobile market? The Switch is still selling very well after all. I think that there are two reasons for this. Technically three but monetary gain is always a motivator for companies so that one doesn’t count. Nintendo is re-focusing on the mobile market as a marketing tool for its IP’s and to replace the handheld console revenue stream.

Let's start with the former. By making a mobile game of an IP it introduces this property to a large group of people. Just look at Pokémon GO. Pokémon was already a large franchise before GO came around but the release of it caused a second Pokémania to occur. Many people who had fallen out of the franchise were brought back in. Pokémon Sword & Shield became the best-selling games in the franchise in well over a decade even with the many flaws these games have and the controversies they stirred up. Even if 'Pikmin GO' gets only a fraction of the same fame and success as Pokémon GO, that will still be a success for the small franchise.

On to the latter. Up until the Switch, Nintendo's gaming business was always divided between the home console and handheld markets. When Nintendo wasn’t doing so hot in one market, it had the other one to fall back on. Like I said earlier, if it weren’t for the healthy sales of the 3DS when the Wii U was tanking the company would’ve been in quite a lot of trouble. With the Switch merging these two, it means that they’ve lost this safety net. Nintendo is well aware of this fact and I do think it’s a big factor in some of the company’s decisions lately. From the new theme park to the upcoming Mario movie and the uptick in Nintendo merchandising. All extra revenue streams that can support the company for a while should be necessary. More mobile games is yet another one you can add to the list.

The darker side of Niantic

While this could very well be the end of the article, there is still one more thing that I want to discuss. Nintendo’s partnership with Niantic does worry me. Sure, I understand why Nintendo went with Niantic over DeNA for these new games. Pokémon GO is wildly successful and profitable while most DeNA games (except Fire Emblem Heroes) are none of those things. There have even been DeNA developers speaking out their frustrations with their Nintendo partnership. Per the contract, they can’t monetize the Nintendo games the same way they can their other games which makes them less profitable for DeNA.

And with that, we are truly finished. From Nintendo’s rather forced entry into the mobile gaming market in 2015 to the more willing expansion they’ve announced only a few weeks ago. How these new Niantic developed mobile games will turn out is still up in the air and there is a reason for some concern, mainly the monetization, but these new mobile games will hopefully allow Nintendo IP’s to become more well known. And that, my dear readers, could lead to much better high-end console games for us to play. Let’s hope this is what it’ll all lead to!