On April 29th, 2016 Yo-Kai Watch (which I reviewed, by the by) made its European debut with the release of Yo-Kai Watch 1 on the Nintendo 3DS. With this, Yo-Kai Watch was now a global franchise. A ‘monster collecting’ JRPG like Pokémon, Digimon and Fossil Fighters, the expectations of the series was high. The series was doing quite well in its native Japan were its popularity exploded around the same time as Yo-Kai Watch 2 hit shelves. Its popularity rivalled, and at points even exceeded, that of Pokémon which resulted in headlines such as ‘Yokai Watch Could be the Next Pokémon’. Fast forward to the present and the franchise is in hibernation. Its merchandise is in dollar-stores, the anime didn’t even finish its run in the west and Yo-Kai Watch 4 localization is in limbo, by all indications at least. How could this franchise that looked so promising is barely limping along over 5 years later?

A franchise made for greatness

Yo-Kai Watch is the brainchild of Level-5 top man Akihiro Hino. Hino wanted to make a Doraemon (a Japanese manga series) for the current generation. He researched what would give something appeal and longevity. He pondered what would be relatable to people and developed the open-world RPG that children could play. What he landed on was Yo-Kai Watch.

While it’s difficult to not compare Yo-Kai Watch with Pokémon, the similarities don’t run deep at all. The concept is the same, sure, but that’s really about it. Where Pokémon zigs, Yo-Kai Watch zags. Where Pokémon takes place in a fantasy world that’s inspired by the real world but is distinctively not the real world. Pokémon has the player set off on a grand adventure with often worldwide consequences to become the best there ever was and to catch them all. Yo-Kai Watch is set in one single town and focuses on daily problems and annoyances that are simply caused or enhanced by the spirit-like creatures that are Yo-Kai. Where Pokémon goes big and fantastical, Yo-Kai Watch keeps it small but whimsical.

These changes were all made intentionally by Hino, a part of his grand plan. To make the franchise more relatable by approaching it in this fashion. And that’s just one of many aspects of Yo-Kai Watch that are ‘engineered’ you could say. Hino was well aware that you can’t catch lightning in a bottle and was counting on the Anime to give the franchise the needed boost. It’s free marketing after all and if you make it relatable and entertaining enough you can get many kids on board.

While you could view this heavy engineering of the franchise in a very cynical light (as I, admittedly, do to a certain degree), to Hino’s credit, this grand plan did work. The first Yo-Kai Watch did well critically when released in 2013, but only performed so-so initially just as Level-5 expected. It was the one-two punch of the anime and Yo-Kai Watch 2 (split into two versions no less) that put the franchise on the map in Japan. What also helped is that the games, the anime and the manga were genuinely good products. They were well made, fun and imaginative. Yo-Kai Watch has a genuine spark.

At this point in time (2014-2015 that is) Yo-Kai Watch dominated its native Japan. The franchise was everywhere and the amount of merchandise was something to behold. Yo-Kai Watch characters appeared in commercial to promote such things as cereals and cars. Heck, there was even Yo-Kai Watch toilet paper and specialized Yo-Kai Watch stores. How could it be then, that Yo-Kai Watch popularity started to fade away? For that, we need to jump over to the West as its performance there really is the start of its downfall.

The jump to the West

Hino and Level-5 always intended for Yo-Kai Watch to become a global franchise and with the success, it saw in Japan, companies from overseas were lining up to be part of ‘the next Pokémon’. After quite a big marketing push, Yo-Kai Watch launched in late 2015 in the US. The initial sales figures of Yo-Kai Watch were decent, though nothing groundbreaking. This wasn’t too concerning for the companies involved though. The strategy was the same overseas as it was in Japan. Introduce the first game and then the 1-2 punch of the anime and the follow-ups are what truly launches the series into popularity.

This, however, never happened. Well, the anime did air in the west and all three(!) versions of Yo-Kai Watch were releases as well but not to the desired effect. Yo-Kai watch did not get any increase in sales or popularity. It actually went down. There are many, many reasons for this. To many for me to write about while keeping this article relatively small, but here are some of the critical ones.

The first is pretty straightforward: Yo-Kai Watch is a very Japanese. It’s oozing Japanese culture, jokes, imagery, folklore etc. That was always going to be difficult to translate over. There were always things that would be lost in localization. That this would make it harder for Yo-Kai Watch to appeal to a Western audience. I do think that Level-5, Nintendo and everyone involved underestimated this. Didn’t properly prepare and adjust for this.

The second? A combination of a bad dub for the anime and some mismanagement. The anime adaptation Disney provided for Yo-Kai Watch wasn’t good. The localization wasn’t done well. The dubbing inconsistent, the plotlines were (poorly) altered etc. Lots of its original charm was lost. That the show was on Disney XD, a network that not even half of American households had access to really hindered it as a free marketing tool. This all prevented it from being the massive marketing tool, the introduction and ‘hook’ for kids, it was in Japan. Other miss-marketed aspects include the different models of Yo-Kai Watch, well, watches being incompatible with older series of medals, basically the Pokéballs of Yo-Kai Watch. It made collecting the medals and playing with them a much more expensive affair and didn't do the series any favours.

Another big reason why Yo-Kai Watch failed to really get any ground in the West was due to, you guessed it, Pokémon. As stated before, Yo-Kai Watch and Pokémon are set in the same genre and that invited comparison. Negative comparison, as is often the case. That Yo-Kai Watch was just a rip-off, for example. This was all worsened by a little thing that released in the summer of 2016; Pokémon Go. It became a phenomenon, led directly into the brand new generation of Pokémon games Sun & Moon later that same year and unleashed Pokémania 2.0 on the world.

And What series of the same genre had its sequels, the game’s that were meant to truly launch the franchise, smack-dab in the middle of these two? Yeah.

Let’s go back to Japan one more time. Pokémania 2.0 also affected the series here. The big Pokémon boom overshadowed Yo-Kai Watch 3. They underperformed and the franchise started to wane. The anime ended its original run, replaced with a sequel series that didn’t manage to grab people in the same way the original did. The downward trend of the franchise rattled Level-5 and the companies involved and they started to make mistake after mistake. Going against their own initial plans and slapping stuff together to try and save the series but to no avail. Yo-Kai Watch faded away.

Yo-Kai Watch is a cautionary tale. A tale about a heavily engineered franchise that had a heart nonetheless that flew too close to the sun and got burned. It did very well for itself, was a massive hit in its native Japan for a while and showed promise outside of it but failed to remain relevant. Level-5 underestimated the different tastes of the West and how much would get lost in localization. With Pokémon finding another strong wind at a time that was critical for Yo-Kai Watch, its fate was sealed.

Pretty sad really, Yo-Kai Watch still a good and very enjoyable series of games that I do recommend you check out. I didn’t do a review on it and this article for nothing after all!

Liked what your read? Want to join the discussion? Why not leave a comment! If you do, keep it civil and respectful. Also don't include any links in the comment. For safety reasons, those comments won't make it through moderation. 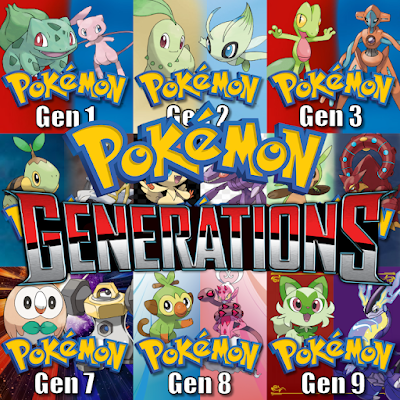 Gotta rank them all. Small icons courtesy of Serebii.net. 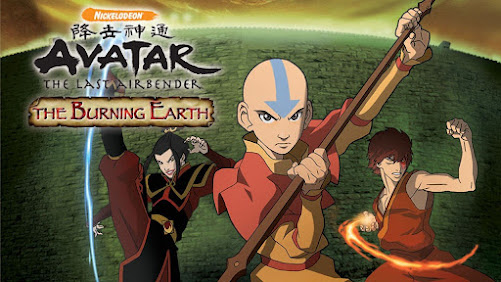