Let's Talk About that September 2021 Direct

The much anticipated, much predicted Direct finally happened. Did it meet expectations? 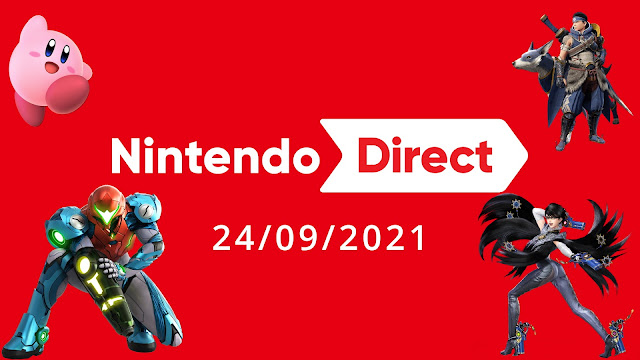 People expected Nintendo to drop a Direct in September based on precedent and low and behold: it has. It did so much later in the month and at a different timeslot than expected but still. It happened. What were some of the games shown? What were the big reveals? What interested me the most? Do I think it was a 'good' Direct? Well, that's what I'm about to answer!
Let's dive in!

Kirby and the Forgotten Land 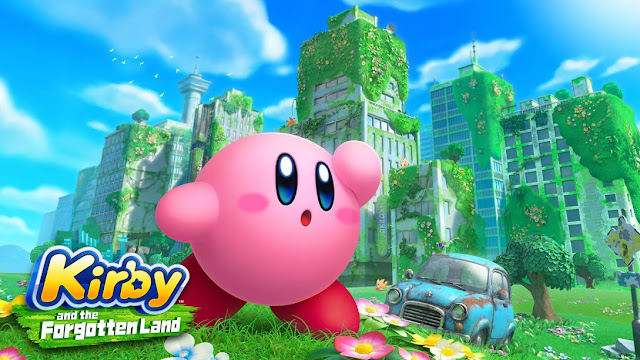 The first noteworthy announcement to me was that of a new Kirby game. I know that this game leaked a few hours before the Direct but I didn't read any of the details. I thus knew that a new Kirby game was coming but that was it. I have never really dug deep into a Kirby game before, at most I played 2 hours of a Kirby game on NSO yet seeing what appears to be Kirby, at long last, getting its Super Mario 64 moment next year is nonetheless exciting to me. Kirby dives into 3D proper with Forgotten Land giving us a platforming sandbox (if I'm not mistaken). It looks like a lot of fun, the Forgotten Land itself looks like an interesting place to explore with its own little mystery to uncover. I've only gotten into platforming relatively recently so I haven't experienced many of them yet which makes this game all the more exciting to me. 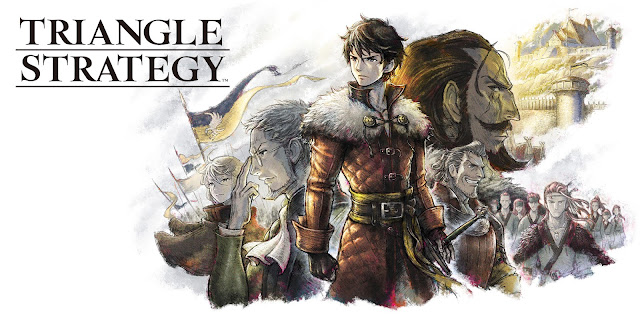 Square Enix’s Project: Triangle Strategy is now officially Triangle Strategy, which makes me happy. Unlike the vast majority of people who just keep bashing on the name I always liked it, it makes sense, so I'm happy. I'm also happy to see the improvements to the game based on the Demo's survey. There are better camera controls, you can read back dialogue in a log, the colour problem seems to have been fixed and more. It still looks really good, I really dig Square Enix' 2D-HD graphics. I'm interested in picking up a 'Fire Emblem' style game that isn't a Fire Emblem even they do tend to burn me out by the end. I do hope another Demo hits before its launch in March 2020 just so I can get a feel of how the game plays with the improvements. 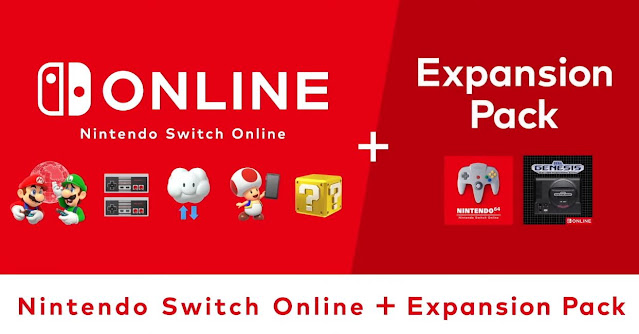 The heavily speculated expansion of Nintendo Switch Online and it's exactly what I thought it would be. Nintendo 64 games are indeed coming to the service in a new, more expensive tier. The 'Nintendo Switch Online + Expansion Pack' it's called. The only real surprise here is that N64 but also Sega Genesis that´s included in the expansion pack. That was quite unexpected and gives It even gets its own retro-controller for you to buy if that's cake. How expensive hasn't been revealed yet though I feel that any higher than 30,- will go too far. Not that I'm planning on getting the Expansion Pack when it launches in late October. I barely use NSO to play NES and SNES as it is and I don't really see anything here that compels me to get it.

Hands down the biggest surprise of the entire Direct was more information on the Illumination (you know, from the Minions) Super Mario Movie. It's coming out during the 2022 Holiday season and we now know the voice cast. And oh boy is it a doozy! Just like I expected the cast is star focused. It's not that element that upsets me, I expected it, but more that I feel that the actors are just don't fit their roles. I don't see Chris Pratt and Charlie Day in the roles of Mario and Luigi at all. I am happy that, at the very least, longtime Mario, Luigi, Wario & Waluigi voice actor Charles Martinet has some role in the movie even if we don't know what it is at the moment. I've seen people speculate he could perhaps play Mario and Luigi's father which I would approve of. The movie could still be good, don't get me wrong, but this weird cast is not giving me a lot of hope. It's not a good start in my eyes.

Last but not least is the game that ended the Direct. Bayonetta 3. After 4 years we finally get a good look and release date, 2022, for this game and it's looking devilishly good. I played both Bayonetta's, got the Switch 2-pack (of sorts) and very much enjoyed my experience with them. One of the 'gripes' I had with them though is that both games were very much alike. That Bayonetta 2 was very much just perfecting everything of Bayonetta 1 and not really doing anything different from the first game. This looks like an actual step forward for the series. A different perspective, seemingly the ability to control to monsters you summon and just a slightly different vibe entirely and I'm digging it. The only thing I'm not 100% on is Bayo's new look but I'm going to give it time. It might grow on me.

Time for the Rapid Fire Round. You know, the small stuff and the stuff I like enough to mention but don´t have much to say about. Both Super Smash Brosh. Ultimate and Animal Crossing: New Horizons got the 'more later treatment'. The final Smash fighter will be announced during a Sakurai Presents on October 5th while Animal Crossing will get an entire Direct of its own in the same month. Bit of a cop-out I must say. My guess is that both aren't quite yet done to be shown but Nintendo knew they couldn't remain silent on both for much longer. We did get the confirmation that Brewster is finally coming and that the game is getting its own Direct points toward the next update being something substantial. 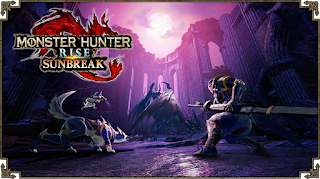 Monster Hunter Rise is getting a 'massive update' in the form of Monster Hunter Rise Sunbreak next Summer. Not a lot was shown about it but I did spot that Dragon from Monster Hunter Stories so that's neat. I gave the game a try with the demo earlier but had some trouble getting into it. The gameplay was a bit too difficult to understand for me. Seeing how many people enjoy this game though and with this expansion expanding the breadth of the multiplayer segment I might just give the Demo a second chance.

That rumoured Castlevania Advance Collection got announced. Not a Castlevania fan but it does look like a good collection. Got 4 games in there with all regional versions available alongside an art gallery and some other neat updates such as save slots.

Splatoon 3, Metroid Dread and Hyrule Warriors: Age of Calamity all got check-ins. Splatoon 3 got a lot of details revealed. From a good look at the gameplay to new story details. The campaign will focus on the return of Mammals which I guess is a big deal to people. Hyrule Warriors: Age of Calamity second wave of DLC got a not so great trailer that tells us little about it all except that Purah and Robbie are playable. Will see how it turns out when it drops in late October. And Metroid Dread? It got yet another trailer. One that was much longer and had more bells & whistles than I thought. Nintendo, uncharacteristically I might add, is not letting the fan-generated momentum of this game go to waste and I'm all for it.

So those are my thoughts on the Nintendo Direct. I'd say that the Direct was overall good. I felt that it was missing that big 'oh my lord!' surprise for me and many others to really make us scream at the screen. It didn't have the Xenoblade Chronicles 3 reveal (or even X port) that was really the one thing I wanted to see but that's more a case expectation meets reality. I'd say that it's the perfect Direct to point towards and say 'that's what a pleasant Direct' is. Nothing spectacular but by no means bad.