Some fun goodies from DC Fandome 2021

The 2nd outing of DC's online event was certainly... interesting. 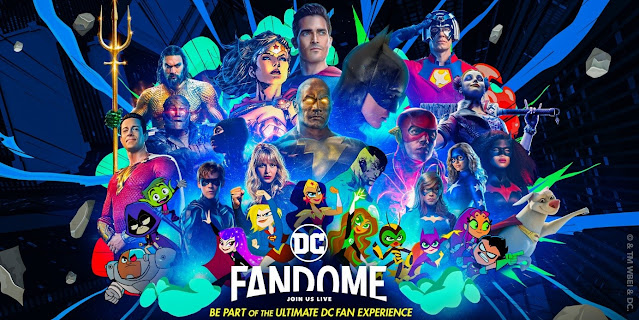 Last weekend was the 2nd DC Fandome. An online event all things DC Comics. From the comics at the core of its business to the Warner Bros. produced movies, the Arrowverse television shows and videogames with DC characters. Unlike its first event, this year DC Fandome only ran for one day instead of two days sprinkled out over two weekends which made keeping up with it easier. You´re done with the whole show in about 4 hours and you could watch the whole thing on YouTube as well.

But I digress. What was spoken about this year that caught my interest? What were the brave and what were the bold announcements?

Without further ado, let's dive in!

I think it's best if I build this post up the same way I do Nintendo Directs. The stuff I want to really dive in to get their own paragraph and at the end, there's a rapid-fire round with the small stuff. 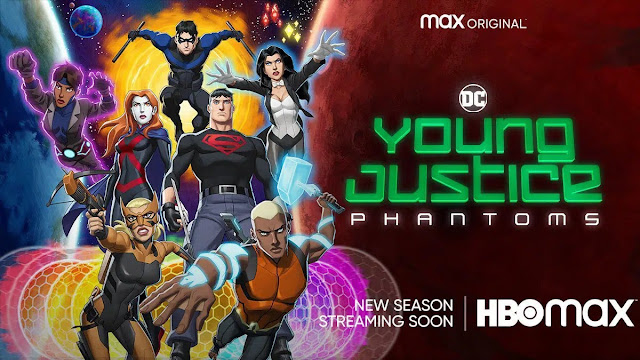 Allow me to start by indulging myself. Young Justice was renewed for season 4 in July 2019 but aside from the subtitle reveal and a special script reading at last year's DC Fandome we hadn't heard anything about the show. Until now. Young Justice Phantoms got its first trailer and, big surprise, shadow dropped its first two episodes at HBO Max during the event. As a big Young Justice fan, I'm both excited and worried. Exited the season has started airing, worried about its future.

Showrunner Greg Weismann confirmed that Young Justice has not been renewed for a 5th season. Said renewal hinges on the show's performance on HBO Max. As HBO Max is an expensive service that is currently unavailable in most non-American territories, however, a large portion of its dedicated fan base is cut off from actually watching it (legally). The show needs good numbers to continue. It also needs to attract people outside of its current fan base and you won't be able to do that without a marketing campaign. Something Phantoms hasn't gotten. At all. That is what worries me. 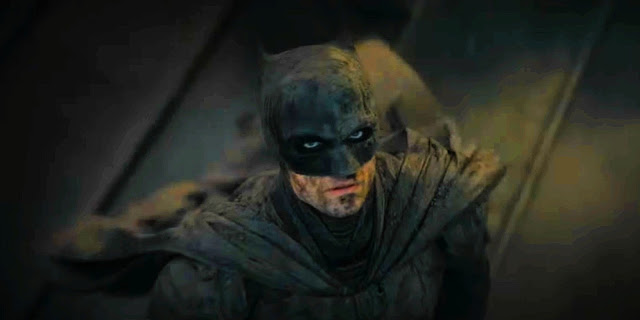 Let´s move on to what was this year's big finisher. The Batman. We got to see a little panel where director Matt Reeves and stars Robert Pattisson (Batman) and Zoë Kravitz (Catwoman) as well as a new trailer. I don't care for it much. I don't care for this movie much. I think my disinterest in The Batman can be explained by two simple reasons. Batman oversaturation and a, in my eyes, a tone that's too sombre.

DC has been focusing a lot, and I mean a LOT, on Batman in the last 5 years or so. Batman is very popular, the most popular IP they have. DC Comics has been sailing in some very stormy sea so I understand why they are playing it safe with so much Batman stuff. They know it will sell. However, doesn´t really make the oversaturation of Batman any less grading. That also makes me picky when it comes to Batman and since I´m not in the mood for something so sombre, it´s a skip for me. 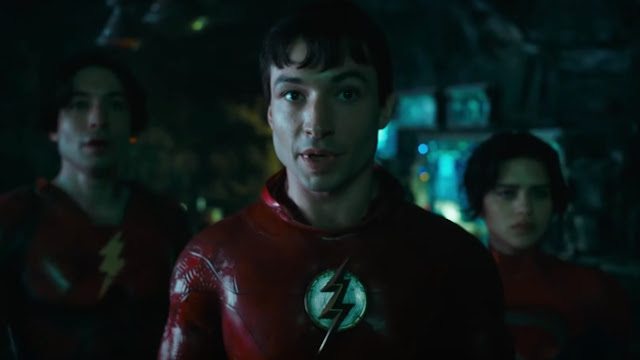 The Batman did nothing to impress me, but The Flash movie did. This movie hasn´t really been on my radar. I´m not a fan of Ezra Miller´s version of The Flash while Michael Keaton returning as Batman does nothing for me since I never watched any of his Batman movies. The turbulent development of this movie (different directors, multiple scrip rewrites, the Cyborg situation) hasn't helped much either.

The opening narration 'why stay here if you could go to a world that's better?' and the two Barry's is what interests me. I think it's an interesting aspect to explore and the two Barry's give me a lot speculate about. Is that the Barry Allen from Michael Keaton's world perhaps?

We all thought this would focus on the SnyderVerse Flash but perhaps this is, very sneaky, MC's Barry's origin story? Is that the way WB will reboot the DC Movies? Something to ponder over. 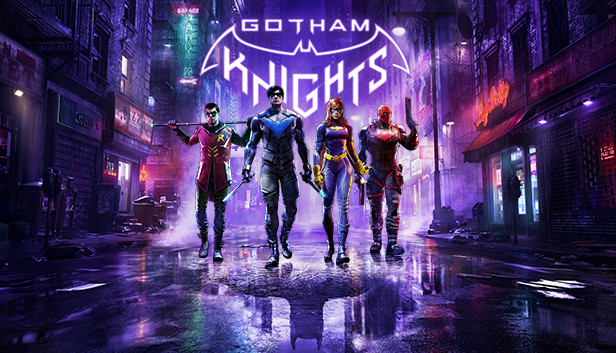 I don´t own a PS5 but I would very much like one. As such, I keep an eye on promising upcoming games for it. Gotham Knights are one of them. I've always wanted to play a Batman game and I think Gotham Knights idea of controlling four members of the Bat-Family is a neat one. The gameplay I saw at last year’s DC Fandome looked good and the story details we got this year are intriguing. I've never been a big fan of the Court of Owls, I find the premise of this shadowy cabal that existed in Gotham for centuries just a bit to... dumb. Gotham Knights seems to have found an angle I like. They are leaning into the horror angle of the undead Talon enforcers. It's pretty chilling. The good kind of chilling! 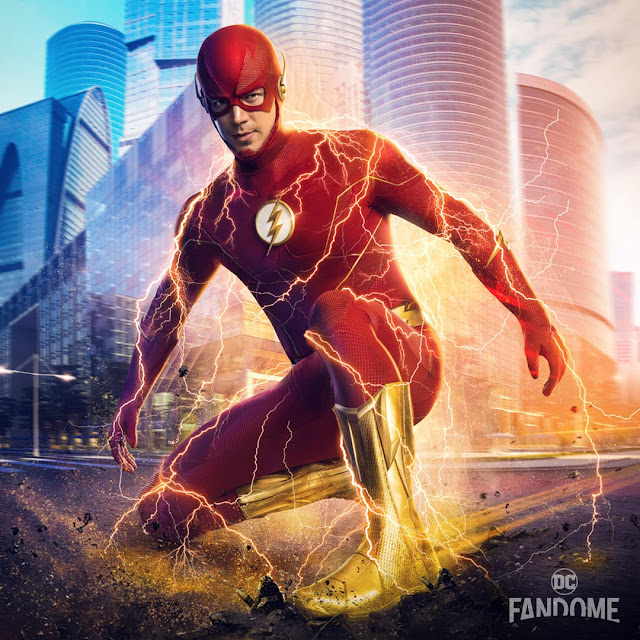 I'd like to talk about the Arrowverse not for what was shown, but for what wasn't. We didn't get much this year. It was some trailers with nothing too exciting, gold Flash boots and the first look at Naomi. I've enjoyed The Arrowverse for years now but I don't think it's a secret when I say that my interest has started to wane. And I'm not the only one. Critical response and ratings have been going down for well over 2 years now. I've noticed that a lot of American network TV shows, the longer they go on, they seem to get crushed by their own weight. The quality goes down. It has happened to The Flash, Supergirl and Legends are starting to suffer as well. They need to evolve, be more like Superman & Lois and Stargirl, to compete with the streaming shows. And they're not really doing that sadly.

The small role these shows played at DC Fandome this year, especially compared to what it was last year and the rest of DC's TV outings, feels very much like another nail in its coffin.

The comic books didn't get much here. They are teasing some Crisis on Infinite Earths which does have my intention. Oh, and Wonder Woman will get a crossover for her 80th anniversary. Neat.

The other live-action movies, the Aquaman sequel, Shazam sequel and Black Adam, look nice. On the animated front, there are 4 films planned for 2022 with a Catwoman one kicking the year off and a singular version of Batman: the Long Halloween will end the year.

Titans & Doom Patrol got season 4 orders (nay and yay respectively), Harley Quinn Season 3 looks great (though still not something for me) while the 'more adult' aspect of Batman: Caped Crusader worries me. Looking at you, Killing Joke and Batman & Harley animated movies!

I think that the singular, 4-hour nature of this year's Fandome made it a much more manageable event to watch. No missing panels, drawn-out sections etc. However, I feel that this year had a lot less to show. There weren't as many goodies and the in-between elements, such as the fan art, felt out of place in this format.

My recommendation? Watch it on YouTube at 1.75x speed but slow down when something interesting for you comes up. It saves time while still letting you see everything the event had to offer.