A dive into the entire run of my favourite Batgirl, Stephanie Brown! 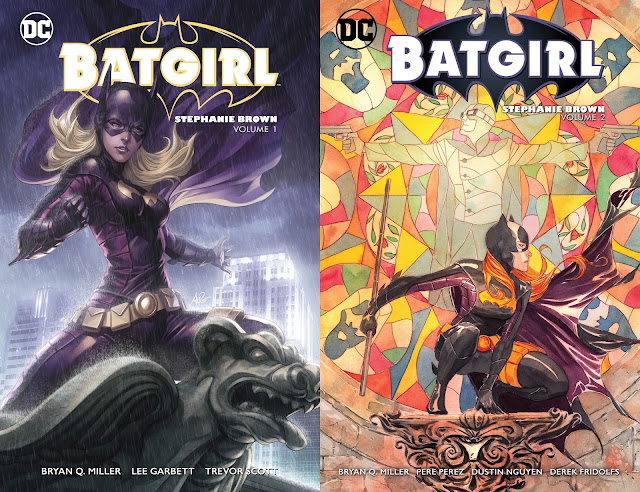 With the release of the first issue of Batgirls, a book that teams up the three most famous Batgirls. With the release of this issue (which is lovely by the way even if I dislke the art) I got myself in a Batgirl mood. I've always had a soft spot for the most prominent female member of the Bat-Family, which you may have noticed. A review of an issue of the then-recent Batgirl run was one of my first posts, I gave my thoughts on the Batgirl/Oracle debate and tried to shine a light on the two-post Barbara Gordon Batgirls.

Lately, I´ve been re-reading the entire run of one of those Batgirls: Stephanie Brown. She's the least well known of the three but she's my personal favourite. Let's take a look at Stephanie's run as Batgirl and see if it is worth giving it a read a decade later.

After the (apparent) death of Batman, Cassandra Cain, decides to pass the Batgirl cowl on to her best friend: Stephanie Brown AKA Spoiler. Cassandra might see Steph as worthy of the mantle but many others, including Steph herself, are less sure because of her tumultous history and lack of dedication. She has grown since then, has become more mature and selfless, but she still has a long way to go. After some convincing, Barabara Gordon AKA Oracle decides to give her a chance. Together, they become 'Team Batgirl', to keep Gotham safe.

The story, the writing, is strong for almost the entire run. It's small in scope, which favours character work. Stephanie herself is, of course, at the heart of the story. It's her development that, I find, is the best part of this run. Stephanie has a bit of a rocky history, before and after her time as Batgirl. From a teen-pregnancy storyline that nobody mentions anymore to the 'becoming Robin and then dying (before retcons)' thing. She also has some character flaws that can easily get on a reader's nerves. She always meant well but she tended to see it as a game and could be a rather annoying character. Instead of sweeping these flaws under the rug, Miller uses them to enrich Stephanie's character.

It is these character flaws, her history, that feeds the first year of the run. It shows very well how Stephanie has already matured, takes her role more seriously while also showing that she is still growing. She makes plenty of mistakes along the way but she always learns from them. A clever little thing that happens in the 2nd half is that Stephanie encounters a new version of 'the Gray Ghost'. Essentially, he's who Stephanie was when she first started out. His presence is a good way to remind both the reader and Stephanie of the person she once was leading to more insight.

Her character remains true to her core as well. Where Cassandra, fits the 'dark and broody' tone of Batman, Steph goes back to the upbeat characterization of Barbara's Batgirl. She´s hopeful, still a bit of a disaster person, quippy as all hell and very self-aware. She knows about her own bad luck and how her fighting skills, compared to the rest of the Bat-Family, is lacking. She makes up for this with her quick thinking and improvisation skills. Another aspect that I find refreshing to see in a Batbook.

Yep, Stephanie Brown's character and journey here is a good one. Respectful and true to what was established while moving the character forward.

Three paragraphs on Steph herself, as you'd expect from the lead, but she's far from the only great character here. Barbara Gordon AKA Oracle and Wendy White, jumping from Teen Titans, fill out the main cast. Barbara appears in quite a few books during this time but the book still has an interesting angle for her: the mentor role. There's also this sort-off love triangle forming between Barbara, Batgirl and this new detective but it's one of the aspects that don't work. Not the least because I find pushing a love triangle in which one character isn't legal, even in a self-aware way, a bit tasteless.

Where Stephanie is the new Batgirl, Barbara mentors Wendy to be a new Oracle. Wendy lost her brother and the use of her legs after events in the Teen Titans book of the era and is struggling with all of that baggage. She's talented but very, very angry. After some pushing, Barbara takes her under her wing. To help her accept her disability and to see all the amazing things she's capable of. It's a strong B-plot and the character grows on you, especially after she starts interacting with Stephanie.

And then she leaves. For reasons I can't fathom, Wendy is suddenly written out of the book near the end without any real indication why.

In terms of the larger narrative, there isn't too much to say. The first 12 issues focus on Stephanie establishing herself as Batgirl. Proving herself worthy to rest of the Bat-Family is the focus of the first volume. For the 2nd volume, the focus is shifted to Stephanie becoming more independent. To stop relying on Oracle and Proxy for support and rely on her own skills. Both are well done but volume 2 is the lesser one, for two reasons.

The first is the pacing. The first volume is (nearly) devoid of any tie-in issues while volume 2 is littered with them. These issues are good, it's fun to see Steph in some different situations and surroundings, but they break up the pacing which affects the overall quality.

The second problem is the New 52. Yes, this is the time when DC did their latest big reboot and it cut this run short. Due to this, the end of the story is rushed. Lots of stuff happens in rapid succession without any real explanation, build-up or fealing earned. Even if it didn't hit like it was supposed to, it was still nice to read. Still nice that there was at least an ending to the story.

Before I conclude everything, a few words on the art. With over 20 issues and half a dozen different artists, I don't have the time to get into all of them. What I will say though: they are all good. No stinker among the lot. Aside from the tie-in issues, the style of each artist has more than enough commonalities that you won't really notice the switch in artists which makes these trades feel nice and consistent.

Should you give Batgirl: Stephanie Brown a shot? Yes, you should! Both volumes are a bit pricey but I think it's worth it. These issues are well written and a lot of fun to read. Stephanie herself is a blast of a character with some very nice growth to her and with a solid supporting cast. Not everything hits, it forgot to really tackle the villains in the main piece but that already tells you enough. Quality does go down near the end but it's all forgivable in my mind.

Go and give it a read! 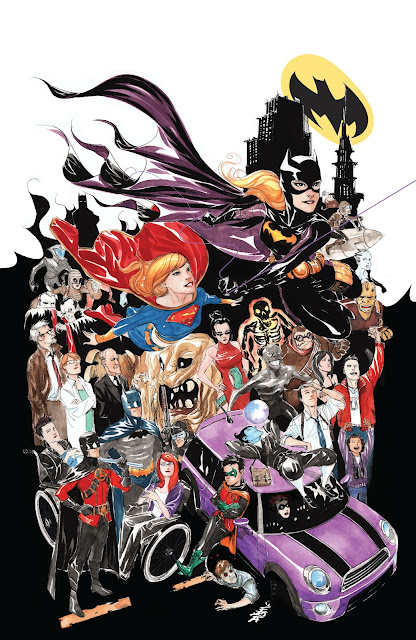