The future of The Witcher videogames 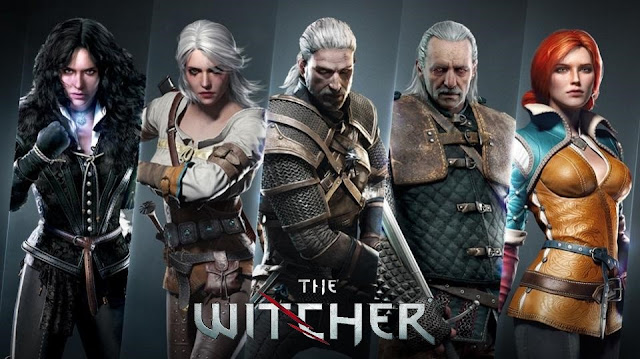 CD Projekt Red has had a turbulent last couple of months, hasn’t it? The company hasn’t even partially recovered from the fallout of Cyberpunk 2077 (my thoughts on that entire situation can be read right here) and then it gets hit by a hack. Said hack came to end with a whimper. CD Projekt Red refused to pay the hackers to keep the information they (claimed to) have stolen. At the time of me writing this, only snippets of the source codes of Gwent and the like have made their way online. Combined with the questionable auction of the information, experts have concluded that it is very likely that the hackers highly overstated the amount of information they manage to acquire from the hack. It’s not going so well for the company. Still, I want to write something more optimistic that CD Projekt Red is involved in. The future of the Witcher videogame series.

Recently I finished The Witcher 3: Wild Hunt on the Nintendo Switch and I’m now completely in love with the game series. We know CD Projekt Red not only pushed back the development of the Cyberpunk DLC to focus on fixing the base-game but that they’ve also pushed back the development of their next game. A new entry in, you guessed it, The Witcher series. And that’s what I want to discuss with you all today: the new Witcher game and what form it might take. A sequel? A prequel? A game with Ciri as its protagonist? A game with a brand new character at its core?

The way I see it, the next Witcher game can fall into one of four categories: a sequel, a prequel, a remaster or a spin-off. Let’s start with the latter, the spin-off option, as that’s the one I don’t have much to say about. We could get something like a Gwent 2 (or 3, depending on how you count Thronebreaker) or something even more different. A beat-em-up game featuring Zoltan in the streets of Novigrad? A Roach horse riding game? I kid, but you never know with spin-offs. Let’s be honest though a spin-off title will be the most boring option. They could be good and serve as a fun distraction but what we really want is a proper new Witcher game in the style that CD Projekt Red pioneered with Assassins of Kings and perfected with Wild Hunt.

What most fans think the next Witcher game will be is a Ciri focused sequel. This is mostly because Ciri herself was sparingly playable during the Witcher 3. Her moveset and abilities were limited but that’ll certainly by broadened if she gets her very own game. Ciri is also one of the most popular and well-known Witcher characters so giving her the main spot will definitely bring people into the game. Her unique abilities to traverse time & space can also provide the game with a story that is different from the once Geralt has had. They can place Ciri in completely different and unique places and circumstances then they could do with “boring” old Geralt. Give the game a different, possibly larger, scope than the first three Witcher games. For example, the story could take inspiration from the Elves leaving the world of the Witcher for a new realm with Ciri jumping back and forth between the two worlds.

A Ciri centred game is definitely one of the more likely options when it comes to new entries in the (main) series, though I do see a few things that could cause some problems. One of them is how CD Projekt Red would go about it, story-wise. I think that most people would like to see Ciri’s story continue after where it left off at the end of The Witcher 3. It’s there were most gamers became so connected to the character after all and where she, as I said, is already sparingly playable. However, this would cause problems with the ending(s) of the Witcher 3. Depending on your choices Ciri can either end up as, and these are SPOILERS so you are warned, as a Witcher, the Empress of Nilfgaard or dead. Simply put: writing a story that could serve as a sequel to each and every ending is impossible. The best way to fix this problem is for the developers to pick one ending for Ciri, crown it as the ‘canon-ending’ and write the story from that point on. This will definitely cause people to complain if the ending they chose is not the one they had and/or liked but it’s a necessary sacrifice to get a Ciri sequel game off the ground.

I also wonder about the scale of this potential Ciri sequel. As I said, Ciri’s abilities give the game the change to dive really deep into concepts like different realms and time travel. While very cool to see, it is quite ambitious. And ambitious means a long and expensive development. With Cyberpunk’s performance, I don’t think CD Projekt Red can afford such a development. They could, of course, give the game a smaller scope but that would be a bit of a waste of potential, now wouldn't it?

Another path they could take for the next Witcher game is that of the prequel. By the time of Geralt of Rivia the golden age of the Witcher’s has long passed. The amount of monsters and active Witchers that live in the world has dwindled considerably. Where distrust and hate between humans, non-humans and Witchers is rampant. Setting the story during this Golden Age, with a plethora of monster Contracts for the player to take on, will be quite interesting. My personal favourite idea is to make such a prequel set around a young Vesemir. Players are already familiar with him and there are enough references, enough lore, in both the books and the games about Vesemir’s past that could very well be explored. Unlike a Ciri focused game, this Vesemir prequel game(series) would also be closer in style to that of The Witcher 3. You know, giving people more of what they like.

On the one hand, making the new series of games feel distinct from what came before also has its positives. In that sense, they could always opt to make this the Ciri lead game. Set it in the time between the ending of the books and her appearing back in the world of The Witcher, for example. They could tell the story of Ciri freeing Geralt from the Wild Hunt, for example, directly leading into the events of the first game. Once again, I feel that this would be a waste of potential. It would very much be a one-off title, I don’t see them stretch the story out between multiple entries while Ciri can definitely support her own trilogy of games.

Getting a brand new game in the Witcher series is, of course, what fans are hoping for the most. With the state CD Projekt Red is in at the moment, thanks to Cyberpunk, it might not be the best step forward. With investors mad and gamers will also be much more warry of the company moving forward. The company needs to win back the trust of both its investors and fans. They don’t have the funds nor the time to start another 5-year long project. If I were CD Projekt Red, I would (aside from fixing Cyberpunk 2077 of course) start work on a project that is both a crowd-pleaser and can be finished relatively fast. Remasters of the first two Witcher games would fit this to a T.

A remaster/remake or any variation on the concept is not as expensive or time consuming to make. The groundwork has already been done after all. CD Projekt Red could even outsource the work to another company, like many other studios have done with their remakes/remasters, so they themselves can keep working on Cyberpunk. And, and, it’s something that fans have been excited about. I can vividly remember when a modder managed to put the opening of the original Witcher game into the engine of the Witcher 3. It looked stellar and fans were really excited about that first Witcher game with upgraded graphics and the much better gameplay from the Witcher 3.

In case you didn’t know (and I don’t blame you if you don’t) but the gameplay of the first Witcher game was very different especially the combat. Instead of the light and heavy attacks, Geralt auto attacked its enemies. By choosing the combat style Geralt used and timed button presses, you defeated both humans and monsters. Changing this system was the biggest change from the Witcher 1 to Assassins of Kings, though not the only one. Changing the combat alongside the other small changes to match which I do recommend, would take some more effort but it is possible. Just imagine it. Having all three Witcher games made in the same style with the same core gameplay. You already have a system that caries over the decisions you made in the earlier games to influence the story of the next game.

Giving all three games the same style as the Witcher 3 would make the connection even stronger. You’d have three games that would make up on giant saga, one that would almost seemingly transition from one game to the next to tell one epic story. The Ballad of the White Wolf is what I call this idea.

A sequel starring Ciri, focusing on her ability to traverse time and space. A prequel that focuses on a young Vesemir during the Golden Era of the Witchers. Remasters of the older Witcher games to introduce them to a new audience, making them match the Witcher 3. A spin-off title starring side characters. Does are just some of the ideas that I have of where the Witcher series could go from here. There are, of course, many more paths the future of the series could take but these are the ones that I think are the most likely. Will I be right? Will I be wrong? Only time can tell.