A Loki here, a Loki there. Loki's everywere! 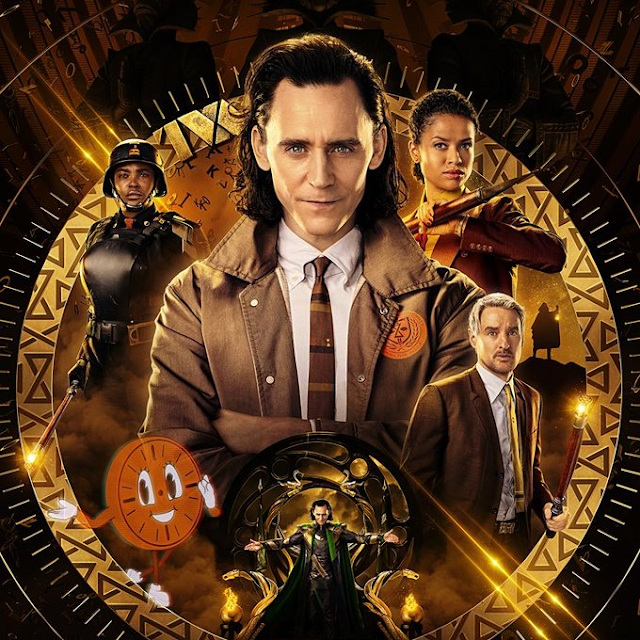 Disney's been rolling out one Marvel show after the other. After WandaVision came The Falcon and The Winter Soldier. After that came the subject of today's review: Loki. A trend with these Disney+ shows is that they explore concepts and tackle subject matter that they keep out of the movies as to not hurt their mass-market appeal. Loki is no different in this regard. It is a very well crafted, intelligent show that is a character study of its protagonist amongst time-travel and multiversal shenanigans that, unfortunately, is bogged down by an exhaustive amount of exposition and setup at its start.

Loki follows the titular God of Mischief after he escaped captivity after the battle of New York when the Avengers travelled back in time to get all 6 Infinity Stones. Loki barely has any time to get his bearings before he's confronted and arrested by the TVA, the Time Variance Authority for 'crimes against the sacred timeline'. After being declared guilty by Judge Renslayer, he's about to be 'reset' when a high-ranking member of the TVA, Mobius M. Mobius, steps in. He strikes a deal with Loki that if he helps him find a time-travelling criminal that has been evading capture he sees what he can do about keeping Loki from getting 'reset'. Loki being Loki of course, has much bigger plans but quickly finds out that he's not the only one playing a game of secrets and lies.

To jump the gun here a bit, the production values of Loki is high and the show is entertaining but I find the story is lacking. It's not bad, not by any means, but it drops the ball in what I feel is a very important aspect. Keeping its audience properly entertained and engaged.

The show heavily relies on the charisma of Tom Hiddleston as Loki and a slew of mysteries to do both. More on the first later, but the latter leaves something to be desired due to an exhausting amount of setup.

WandaVision had a similar approach, yes, but that show was more approachable I feel. Both the gimmick of the sitcoms and the underlying themes and concepts are easier to grasp for a general audience. The pacing of the first half of the season is also detrimental for the show.

It moves too slow and doesn't have much and awe in terms of scale and plot reveals in those early episodes. The 'hook' takes a while to rear its head. Again, WandaVision had a similar problem but its episodes were only 20 minutes or so long so that there they had to put more breathing room between setup moments.

But that´s not to say the story is all bad. Far from it, the story vastly improves starting at episode 4. That episode is a turning point for the season. The pacing gets ramped up, the Even before that point there are some very good and enjoyable scenes but I feel the real meat of the season is in that second half. We get to see those different versions of Loki the trailers teased, see Loki´s character really develop and much more.

The season even managed to escape the ´final episode is lacklustre´ curse from WandaVision and The Falcon and The Winter Soldier. It does do this by cheating a little, as the season ends on a cliffhanger that sets up season 2 as revealed by the post-credit scene.

Enough with the story. Not that it, alongside my big critique, is out of the way we can dive into the other aspects of the season. Let´s start with the acting. While the show is named after its titular character, it´s more of an ensemble. The biggest name, aside from Tom Hiddleston, is Owen Wilson as Mobius M. Mobius. It´s a role that not only gives him a different look than we´re used to but also acts differently than I ever see him while still having some of those trademark Owen Wilson quirks. There´s no ´wow´ in the season though, so that is a bit of a missed opportunity.


Together, the two are what carry most of the show. They knock it out of the park in virtually every way. From their emotional and facial game to their body language and chemistry. The performances of the rest of the cast are good as well, but I don´t feel they ever reach the same level as Hiddleston and Wilson. Sophia Di Martino takes a little while to find her footing in her performance as the new character ´Sylvie´ but once she did, I actually quite liked her. Even those who never appear in person, such as Tara Strong as the A.I. (sort off) Ms Minutes do a fine job and that´s not even mentioning some of the special guest actors that appear in the show as other versions of Loki, one of whom I can see getting an Emmy nomination for sure.

The show's production value is top-notch as well. From the set design to the costumes. From the filming to the editing. It's all expertly done and on a movie level. There aren't nearly as many changes of scenery as you might expect from a time-travel show but what's here is convincing. To a fault even. The TVA gets well established as both an organization and location but it does its job of being a true monotonous, soul-sucking environment so well that it became a bit stiffening. I was happy when episode 3 was set almost entirely outside of the TVA, even if that particular episode is the 'worst' of the season.

The action sequences are good as well. There aren't that many of them, pretty sure you can count them on your fingers for the entirety of the season, but they're worth the wait. The more up close and personal, hand to hand, fights are well choreographed while the big sequences are epic with good special effects. And then there's the music. Oh, the music! If I had to pick an MVP for this show, it has to be the music. Not to devalue the rest, but the music is absolutely beautiful. It helps set the tone of the series extremely well and sound like nothing I've ever heard in a movie or series. The first half of the score is already out and I do recommend you give it a listen.

While I think that WandaVision and The Falcon and The Winter Soldier are, overall, stronger and more enjoyable shows this doesn't mean that Loki is bad by any means. Yes, the first half of the season struggles on the wait of extensive and exhaustive setup and not every character has come into their own yet. Once this rocky start is over, however, there's much to enjoy. From the story itself to the acting, the action and the intrigue. It might have started on the weak side of things, but it thankfully didn't stay that way. Loki is well worth the watch. On to Season 2! 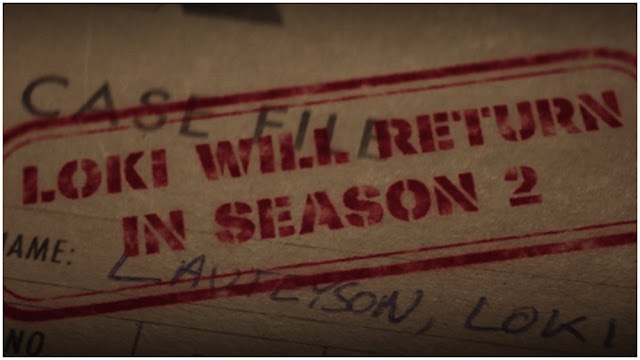