The Nintendo Switch VS The Steam Deck; a pre-release matchup

Only a week after Nintendo announced its updated Switch model, the Switch OLED, a new competitor when it comes to handheld gaming has entered the ring. Valve has announced the Steam Deck, a $399 gaming portable designed to take PC games on the go. With its higher specs, the ability to play basically every digital PC game and 'only' 50,- more expensive than the Switch OLED it has already been called the 'Switch Killer'. I don't agree with this sentiment. Yes, the Steam Deck has its appeal and has potential but things aren't as cut and dry as I've seen people suggest. So, instead of just going over the Steam Deck itself like a thousand others, I'm spicing it up a bit by comparing it more directly to its handheld competitor.
Let's dive in.

An introduction to the Steam Deck.

First, though, we got to introduce the Steam Deck. The Steam Deck is a handheld gaming device that focuses on power. It's marketed as a 'handheld PC' capable of playing any digital PC game on the go. It's powered by tech similar, but somewhat less powerful, take to that of the PS5 and Xbox Series X. The specific specs can be found in this table here (as I just can't seem to get it placed in here). Its screen is a 1200-by-800 pixel display that has two touchpads to emulate mouse controls and can be connected to the TV with either the official dock to be released later or 3rd party options. 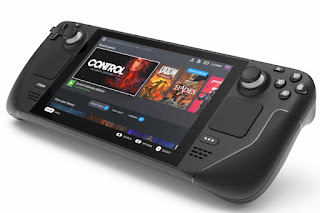 In terms of software, the system runs on a combination of Linux and the Steam OS and thus comes fully integrated with Steam right out of the box. Your entire Steam library is immediately playable on the Steam Deck, supports cloud saves and other Steam features as well. If the Steam OS doesn't tickle your fancy, you can install any other OS on it or even use the Epic Games store. The console is optimized for SteamOS though, so doing so is at your own risk.

The Steam Deck will launch at three price points. The base tier, which offers 64GB of internal storage, goes for $400. The second tier goes for $530 on comes with 256GB of storage and a faster solid-state drive. The most expensive tier costs $650 and features a 512GB SSD as well as anti-glare-etched glass. All tiers come with a carrying case.

Appealing at first glance, but the deeper you go...

It's not difficult to see the appeal and potential of the Steam Deck. To why the internet went wild over its announcement. Many gamers are very, very focused on power and performance and even many Nintendo Switch players have been hunkering for a more powerful handheld, leading to the entire 'Switch Pro' craze. It was always going to attract attention because of this. The Steam Deck not only offers more power and thus bigger, and better games but also comes with an insane library of them from day one: Steam itself.

The further you look into the console's promises, however, the more it comes apart. On the hardware side, it won't be able to leverage a gaming PC's biggest assets. The ability to continually upgrade the hardware. To, for example, replace the PC's graphics card to keep having the best performance possible. It's still a console after all, despite what Valve has put in his press announcement. Even if the console can update some components, it doesn't seem to be a good idea. You're stuck with the hardware until the next generation comes out so while it might play all* games at the moment, but that won't last for long. 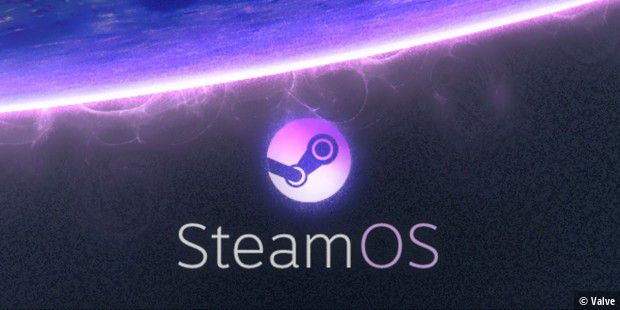 And that asterisk is there for a reason. The Steam Deck might not even be able to play all games that are out on Steam right now. Linux is not really a game friendly operating system. At the time of writing, fewer than 15% of all Steam games officially support the SteamOS. Only 15% has been optimized for it. So essentially, only 15% of the Steam library can really be played on the Steam Deck without running into serious problems. Four of Steam’s ten most popular games—Destiny 2, Apex Legends, Rainbow Six Siege, and PlayerUnknown’s Battlegrounds—fall into this category.

Now, there does exist a workaround: Proton. To alleviate compatibility issues rising from the inadequate Linux, Valve has built a feature called Proton. It's an amalgam of tools that people would normally need to seek out themselves if they wanted to play a wider range of games on Linux. Proton saves developers the trouble of porting their games to Linux, and it saves players the effort of figuring out how to make games work. The problem is, Proton is far from flawless. Valve is working on improving Proton, to be fair, but it's a statistical impossibility that Proton will be able to make every game playable on the SteamOS and thus the Steam Deck.

While comparing the Deck with the Switch is understandable, they are both handheld hybrid consoles with a similar look, this comparison isn´t really a fair or complete one. The two consoles appeal to different types of games, have different core demographics. The Nintendo Switch never tried to appeal to the same ´hardcore´ and ´mature´ gamer demographic of the competition. They have, ever since the Wii really, had their focus on the kids, families and the Nintendo loyalist. The older gamers who want to play the new Mario, Zelda and Pokémon and the like.

The Steam Deck's demographic isn't too clear to me at the moment. It's, however, clear that it is targeting the older, more serious gamer. The gamer that likes power, wants a handheld but find the Switch unappealing for a variety of reasons. And the emulation community. You just know that they're going to have a field day with the Steam Deck. I have some doubts if they're not aiming for a demographic that's too niche but I digress. That comes later.

The direct comparison many make, the Switch OLED vs Steam Deck (it's only 50,- more for so much more power!) irks me as well. With the Switch OLED, you don't just get the console itself for that 350,- price tag. You also get the dock and the components for a more traditional controller. With the Steam Deck, you just get the unit yourself. Want to 'dock' it? You gotta pay extra. Want a more traditional controller? You gotta pay extra. And for the record, not every buyer will already have the necessary cables and/or components lying around for this. It also doesn't change the fact the Steam Deck doesn't come with these components right out of the box while the Switch OLED does. A better comparison would be the Switch Lite but 'it's only 150,- doesn't really work there, now does it?

A lot like the original Xbox, come to think of it

The more I look into the Steam Deck, the more I start to see parallels between it and the original Xbox. It was the fourth console to enter the gaming ring, was more powerful than the competition and used this tidbit heavily in the marketing. Valve have more going for it than Microsoft at the time of its launching the Xbox, it already has a presence within the gaming industry has its own franchises and the Steam Deck isn´t even its first console. If it wants to succeed though, it still needs to play it as the Xbox did.

Microsoft knew that something like the PlayStation 1 becoming an instant smash-hit was unlikely to happen with the Xbox. For a newcomer, it did as well as expected. The original Xbox barely made a profit, if it all, but Microsoft had the deep pockets to keep supporting it It established itself as a worthwhile brand. A good alternative to the PS2 with most third-party games, better performance and multiplayer options and even its own flagship must-have game series - Halo. It even managed to outsell Nintendo's GameCube which I'm totally not bitter about, no sir-ee!

Valve's focus with the Steam Deck shouldn't be on 'killing' the competition but on building up the Steam Deck's brand. Establish it as a worthwhile machine over sheer sales numbers as Microsoft did with the original Xbox. Valve not only has Steam but a decent library of classic franchises that they can leverage. Half-Life, Portals, Team Fortress and Left 4 Dead. I mean, Valve launched Steam itself with Half-Life 2 which helped Steam immensely.
Get Half-Life 3 or Portals 3 as an exclusive early on the Steam Deck's lifespan will help its sales and give the console some worthwhile titles outside of the Steam library. With the strength of the Indie scene, Valve and bring a strong library of exclusives to the table.

The Steam Deck is shaping up to be an interesting device. Even if it's not as appealing as advertised (big whoop there) and won't be able to 'beat' the Nintendo Switch but it's still a device with a lot of potential. The high price will certainly be a hindrance to it but focusing on a different demographic than the Switch, coming out with a handheld device that's more powerful in a time Switch owners are hungry for more power, has its upsides. Its software is highly customizable and Steam is the biggest store for digital games there is. Plus: Valve has both the cash and the in-house IP's to support the console, the latter of which it really should be doing considering the power of must-have console exclusives.
We shall see how the Steam Deck ends up performing when it launches this December.