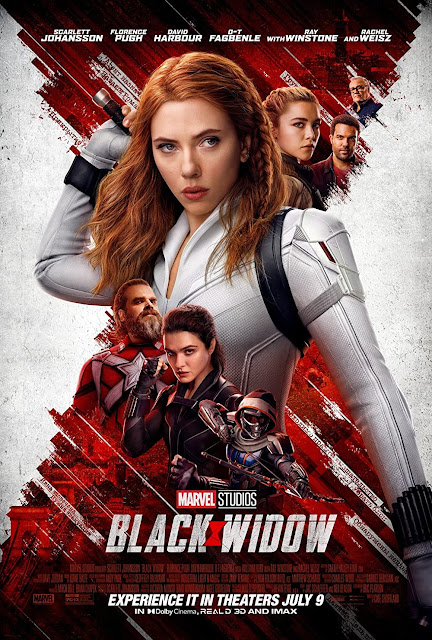 More than a year after it was initially meant to hit theatres, Black Widow can now finally be watched in theatres or on Disney+ through premiere access. Fans have been dying for Scarlett Johanson's Natasha Romanoff AKA the, Black Widow, to get her own solo movie ever since Captain America: The Winter Soldier came out. Her first appearance in Iron Man 2 was nothing special but she showed a lot of depth in the Avengers, which Winter Soldier elaborated on even more. Who knows why it took so long for the movie to been greenlit, but my guess is that the good folks over at Marvel Studios didn't expect the character to become this popular. After all, some of the drafts of The Avengers movie had Janet van Dyne AKA The Wasp in Black Widow's place. But we finally have that Black Widow solo movie now. So, how is the character's swan song? Is it worth the wait?

Set in-between the events of Captain America: Civil War and Avengers Infinity War, Natascha Romanoff AKA Black Widow is on the run from the government after she broke the Sokovia Accords, the Superhero registration act. Hiding out in Norway thanks to the paid help of an old acquaintance. She can't enjoy the simple life for long though as she's quickly attacked by a masked assailant later identified as 'Taskmaster' who, surprisingly, is after Nat herself. Taskmaster is instead after the contest of a briefcase that came from her old safe-house in Budapest. Nat travels to Budapest, where she meets up with her little 'sister' Yelena, a fellow Black Widow from the notorious Russian Red Room. Learning that the Red Room is still active, they team up to bring it down once and for all.

Black Widow is a very good and enjoyable movie, but not the movie that I think fans wanted or expected. Not only isn't it the big spy movie like you'd think it would be (still plenty of spy elements in it though, don't get me wrong) but it also doesn't provide the answers many fans have been looking for. We've heard about Budapest, the first time Natasha met Clint Barton AKA Hawkeye and that he convinced her to come work for the good guys but it's never really shown to us. Disappointing and a waste of potential.

In terms of comic book accuracy and big revelations, the movie also disappoints. It takes considerable liberties with the source material especially when it comes to the portrayal of characters and backstories. For example, the movie takes quite a bit of liberty with Taskmaster. So, if you're a stickler for such things then this movie will annoy you. However, unlike something like the Iron Man 3 Mandarin twist, they aren't nearly as 'bad' and still make sense within the movie's narrative. The smaller and standalone nature of the film also means that it also doesn't have the same rewachtability most other MCU movies do. You don't have to rewatch this movie to find every easter-egg or reference and such. If you look past these things though, you'll find yourself with a very entertaining and well-crafted movie about family and redemption. One with stellar performances, cinematography, music and action sequences.

The story, the narrative, of this movie, is good even with those alterations to the source material. They still make sense within the narrative and the MCU as a whole so it doesn't cause any problems that way. And the narrative itself is very good. It's of a 'smaller scale' and is more character-driven in nature. It focuses more on the humans behind the superheroes then the superhero personas themselves. Combine this with a plot that actually takes a few, small but appreciated, twists and toys with expectations and you have a story that's (ever so slightly) different from its MCU brethren and is well worth it in my opinion. The movie does has some underlying themes that, either intentional or not, are a bit weird and get somewhat buried by the rest of the movie but the mileage on if this is a good or bad thing really depends on the viewer.

The performances of the cast are stellar and help smooth out some of the movie's more stilted dialogue and weirder to unrealistic elements. Scarlett brings the same awkward shyness yet confidence and physicality to Natasha Romanoff as she has for the last few Marvel movies. Florence's Pugh Yelena serves as the near-perfect counter to Natasha with her cynicism yet lively personality though she does tend to overshadow Natasha at times simply because she is so lively she tends to draw attention towards herself.

The supporting cast does a good job as well. It's the acting chops and chemistry between Scarlett Johansson, Florence Pugh, Rachel Weisz and David Harbour that makes the family dynamic the movie is going for work and surprisingly endearing. Ray Winston did a good job as the flick's big-bad and the performance behind Taskmaster (no spoilers here!) did a fine job as well especially considering their face was covered for 90% of their screen time. The only character whose performance I didn't particularly enjoy was O. T. Fagbenle's, which I felt was rather bland. He isn't in the movie for long, only three scenes really, so it wasn't a big deal.

Black Widow is, at the end of the day, a superhero blockbuster and action sequences are very important for them. Luckily, this movie offers up some great action. It's a mix of the more over the top sequences you can expect from superhero films mixed in with more grounded and dirty fights that take a cue or two from John Wick and Mission Impossible. It´s not quite on that level, but it gets pretty close. The stunt choreographers and the stuntmen do a very fine job and the action work is a big drawing point of the movie.

Some of the big set pieces are definitely breaking the laws and physics, which can clash with the more realistic sequences but it´s not enough the break the suspense of disbelief the movie built up. There also aren´t too many of those in the movie, it´s really the only one that goes crazy, and it´s quite an exhilarating one to boot so I think the movie can get away with it.

Good CGI is also a must and once again, Black Widow delivers. Due to the lack of any big CGI characters or flying people or anything like so the CGI is mostly used for smaller and less noticeable things. To enhance backgrounds, fill out action sequences and the like and it works very well. I´m certain that people who don´t know what to look for won´t even notice the majority of the special effects. The production values are also very good. From the cinematography to the set design, to the costumes to the soundtrack. It´s all top-notch, nothing to complain about.

Black Widow is a very good and entertaining movie, even if it isn´t exactly what audiences might have wanted from it. If you look past the movie´s lack of a lot of strong spy stuff and the liberties it takes with the source material, you´ll find that it´s a very strong character driven narrative about family, the past and redemption. It´s smaller in scale than the other MCU movies, less bold and somewhat less impactful or rewatchable, but it´s braver and somewhat different than them.

It might not satisfy every super fan, but Black Widow is worth the watch and a worthy addition to the MCU.