BDSP has some actual new features and Legends has new Pokémon! 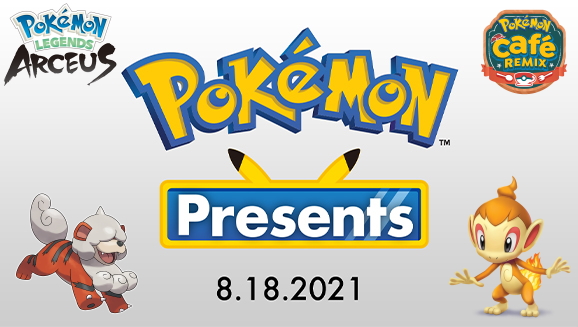 Earlier this week, Pokémon held another Presents presentation all about Brilliant Diamond & Shining Pearl, Legends: Arceus and some other Pokémon goodies like GO and Unite. I watched it, as usual, but didn't plan on writing something about it. For the last few Pokémon presentations, I did my best to write and publish articles as fast as possible only for those articles to underperform. Demoralizing, to say the least.
Because of this, and due to I'm very busy in real life and already behind on schedule, I didn't plan on writing an article this time around. However, it's Pokémon. I have the stuff to say and I do want to say them. So yeah, here's a post regardless.
With that out of the way let's dive in!

The presentation started with some info on many of Pokémon's mobile/non-core series games which I'm not really into so I'm going to blast through this section as fast as possible.

Pokémon Unite's mobile version is coming out on September 22nd. New Pokémon Mamoswine and Sylveon will come to the game sometime later this year.

Pokémon Café Mix big revamp is coming as Pokémon Café Remix. Will include new features and expanded, deeper gameplay and come out in the fall.

Pokémon GO is 5 years old and for that celebration, Galar Pokémon are introduced to the game.

All right, on to the actual interesting stuff with Brilliant Diamond & Shining Pearl and Legends: Arceus!

The big takeaway for the Diamond & Pearl remakes is that, thankfully, they're not a 1:1 recreation. There are some actual new features in here! The first 2 new features are more expansions of features that were in the originals. Following Pokémon once again return to these games, a feature that is in high regard with the fanbase. In the originals, a selection of Pokémon could follow you around in Amity Square but now any Pokémon can follow you across the entire Sinnoh region. Neat.

The last new feature is trainer customization. A clear sign of Pokémon listening to its fanbase. The Veilsonte Game Corner, which had to be removed due to regulations in regards to gambling in kids games, is now a boutique where you can buy and dress up in new clothes. Again, neat. Will it also play a part in the returning Super Contests? We'll see.

The graphics have also been improved, thankfully. The textures have been improved, some adjustments have been made to models and the colour saturation has been tweaked. It all makes for a game that looks better than its reveal. I like that these games do something different with the art style even if I'm still not really 100% on it. But, as I've said so many times before, I felt the same about Link's Awakening and I ended up liking that one so I'm not judging it on this just yet. I do hope the UI improves because it just doesn't look great. Very similar to the originals which I feel makes it feel archaic.

Lastly, will we have the Platinum Pokédex? The short, unbalanced and lacking Regional Dex is the thing I want these games to improve upon. I mean, there were only 2 fire type lines, one of which was one of the starters, and new Pokémon like Gallade and Magmortar weren't even in the Sinnoh Pokédex! While still unconfirmed if these games use the expanded Platinum Pokédex, Pokémon exclusive to that Pokédex are sprinkled throughout the trailer. More importantly for this discussion, when mentioning that the Grand Underground Hideaways had exclusive Pokémon, they showed the Platinum exclusive Houndoom. I've got the feeling that the 'Platinum Pokémon' are in the game but only in the Hideaways. As long as these Pokémon are available before the post-game and when they are useful it's all good.

The presentation has a lot of new info on Legends: Arceus. Too much to mention it all, to be honest, so I'll stay with the stuff that I find most interesting. First off, yes, the graphics have improved. When first revealed this February the footage looked rough, to say the least. Naturally, the game looks much better half a year of development time later. I still see that people aren´t too fond of the art direction but hey, that´s subjective now, isn´t it? I myself don't have a problem with it.

This time around, we learn a lot about how Legends: Arceus works. Set in the Hisui region, the original name of the Sinnoh region, you join the Galaxy expedition team as a researcher. You're sent on missions across the Hisui region to compile the very first Hisuian Pokédex. While out exploring the Pokémon will behave differently depending on which species they are. You can either catch them by directly throwing a Pokéball at them or by battle them by sending out one of your own Pokémon.

Before this trailer, I and many others felt it was very reminiscent of Breath of the Wild and Xenoblade. However, it seems like Monster Hunter might be an even better comparison. Having a central base, Jubilife Town in this case, after which you go onto specific missions in smaller sections of the map hunting down a Pokémon. The Pokémon, aggravated and with red eyes, even attack the player directly. Hopefully this 'only can go out on missions' is something that won't last throughout the entire game. Otherwise, it seems pretty neat. Makes the missions more interesting and intriguing now that you can prepare for them like crafting items.

Most interestingly are the new battle style which has now been confirmed. It's more of a real-time action type of deal but with the traditional Pokémon trappings such as 4 moves and type weaknesses in place. Based on your Pokémon's speed stat a turn order is determined. For example: Bidoof, Bidoof, Chimchar, Bidoof. Each turn order, you select an attack for your Pokémon to perform. There are two ways you can perform an attack, however. The strong style gives the move more power but you will appear less frequently in the turn order. Agile Style lowers the power of the move but increases your placement in the turn order. An interesting system that looks like it will open itself up to lots of strategies.

Also: New Pokémon! Yes, this trailer reveals that my personal favourite addition to the franchise, regional forms, return in this game. What I also really like is just how organic they are. It's not such a clear cut gimmick as, say, Mega Evolution but a logical, natural aspect of Pokémon. One that's easily understood because, well, it's basically real-life evolution. I'm very happy to see it return once more, reinforcing my hope that it has become a staple of the series.

Said Pokémon aren't too shabby either. For pure regional forms, we have the Fire/Rock Hisuian Growlite and the Psychic/Flying Hisuian Braviary. For regional evolutions, we have the Normal/Psychic Wyrdeer and the Water/Ghost Basculegion the evolutions of (presumably) Hisuian Stantler and Hisuian Basculin respectively. I find that all four have their charms and I'm looking forward to seeing more Hisuian Pokémon.

For my last section, some more speculation. The end of the presents confirms that Brilliant Diamond & Shining Pearl and Legends: Arceus will get Pokémon Home connectivity in 2022. I wonder if this will lead to some form of connectivity between these games or even Sword & Shield. After all BDSP and Legends only have 2 months between their releases and they are set in the same region with largely the same Pokémon. Having them connect and interact would not only deepen each individual game but also incentivize buying both games.

Connecting to Sword & Shield would tie the entire generation together. Urshifu two forms, single strike and rapid are the same as Strong style and Agile style. I wouldn't be surprised if Hisui is the region where these Pokémon originate from. The presents also confirm that Sword & Shield will remain the games for tournaments and whatnot. Making Sword & Shield compatible with the Pokémon in these new games, specifically, the new mons would rejuvenate the competitive scene.

The August 18 Pokémon Presents was a good one. While I don't care about the first chunk of mobile and such games I like what I saw from the rest. Brilliant Diamond & Shining Pearl has some actual new content to it making them a bit more appealing. Legends: Arceus looks really good. It looks a lot better and now that we know more about how the game will play, alongside the confirmation of the new Pokémon for these games, makes me very excited for this very different Pokémon game.