Pokémon has entered the MOBA space! 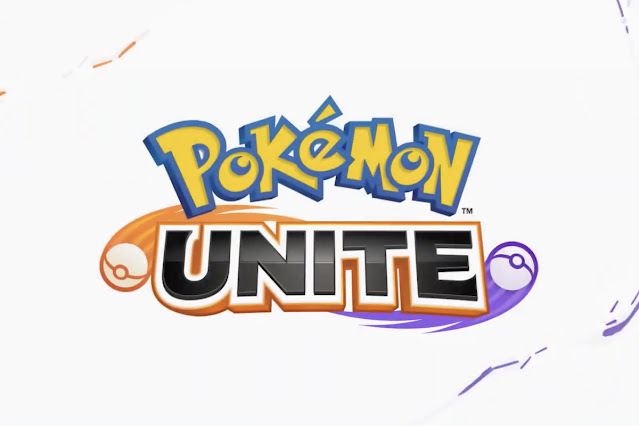 Pokémon sure has had a busy month, no? First, we get a new trailer on the Sword & Shield expansion pass, revealing its release date of June 17th, then we get a Pokémon Presents on that same day revealing tons of new games like the long-awaited Pokémon Snap sequel and we just had yet another Pokémon Presents today as well! This one was a follow-up to last week’s presentation. They ended that one by stating that they were working on a ‘big-project’ which was so big apparently that it deserved its very own, separate, presentation. What was this project? You already read it in the title: Pokémon Unite, a Team-Based online cooperative game.

The introduction to Pokémon MOBA

So the presents started off with Tsunekazu Ishihara, President and CEO of the Pokémon Company, welcoming us to the presentation. He quickly notes that Pokémon Café Mix was just released (called it), before immediately diving right into what we were all there to see: the big-project. Introduced through a trailer that shows the different facets of the franchise (the games, TCG etc.) the project is finally revealed. Quick gameplay snippets of Pokémon on both the Switch and mobile devices are shown. THE FIRST. POKÉMON. TEAM BATTLE. HERE. Pokémon Unite!

Pokémon Unite is co-developed by Tencent games, best known for League of Legends which it owns through one of its subsidiaries Riot games. So yeah, what you’re currently thinking is absolutely right. Pokémon Unite seems to be League of Legends with Pokémon. I don’t know what came first: the Pokémon Company partnering for a game with Tencent and then determining that they wanted to make a MOBA (Multiplayer Online Battle Arena), or that the Pokémon Company knew they wanted to make a MOBA and brought Tencent on board because of their experience and success with League of Legend. Whichever way it is, I don’t think we’ll have to worry about the quality of the game very much. We are, of course, given more information about how the game will work.

For starters, it will be released on both the Switch and mobile devices and will be free-to-start (groan), just like with Pokémon Café Mix. While this decision initially baffled me with Café Mix, I’ve come to understand it a little better now. It’s a simple matter of install base: only a few million Nintendo Switches have been sold, but everyone owns a phone these days. The changes in it becoming a (breakout) success are much higher this way. It’s also where the big money is at. Ever seen the player spending on Pokémon GO? Yowzah! It fits the play-style they’re going for as well. Ishihara stated that they want Pokémon Unite to be t a cooperative game that anyone could pick up and play immediately, yet one that also has enough of depth that it can be played over and over again. If that doesn’t sound like the concept behind basically every mobile game I don’t know what does.

Personally, I’ve never played a MOBA before. I’m not that into multiplayer games and I’ve never been really interested in what I saw. The only reason I know about MOBA and League of Legends is through pop-culture osmosis and because I came across some of their original songs (Pop/Stars, Legends Never Die etc. They rock). If you’re like me on this front, allow me to give you a quick description of a MOBA so you can get a better idea of it all. In a MOBA game, you and your team-mates are dropped inside of an arena alongside another team. You win the game by working together with your team to achieve a certain goal utilizing a combination of real-time combat, strategy and teamwork. This translates to Pokémon Unite thusly: you work in teams of five with each member controlling a different Pokémon. You’re dropped in a map in which the left side belongs to your team and the right side belongs to your opponent.

To win the game your team needs to score the most points before the timer runs out. You do this by defeating and catching wild Pokémon, interrupting them when they try to score the points in one of the scoring posts or knocking the opponent out. In the latter case, the player is thrown out of the game and will have to wait a while before respawning. Traditional Pokémon elements like evolution are incorporated into the gameplay by letting your Pokémon level up during the match. If you gain enough levels you will evolve and become stronger, giving you an edge. Type advantages aren’t incorporated though, to my initial surprise. I do understand why this decision was made:, to level the playing field. As the rock-paper-scissor style gameplay from Pokémon types has been so integral to the Pokémon formula it was certainly surprising to me, but I get it.

A new element that Unite brings to the table in combat is unite-moves. These personally remind me of Z-moves. They’re very powerful moves your Pokémon can perform after a certain stipulation is met. The moves your Pokémon possess also brings in some more strategy. Not only are they different for each Pokémon and can have different, secondary, effects but you can choose which moves your Pokémon to learn and take with you into battle, giving you a level of customization.

So, now we’ve arrived at what we in the Netherlands call ‘the Ham-question’: what do I think of Pokémon Unite? Again, I’m not that interested in MOBA games and the free-to-start model the game has is a major turn off for me already, but they’re things here I like regardless. Enough for me to keep an eye on how this game will develop. For starters, I don’t have anything against the concept. Sure, it wasn’t what I was expecting or hoping for, my predictions for the Present were way-of, but I don’t mind because I think it brings something new and unique to the Pokémon table. One of the things I really like about Sword & Shield is the Pokémon Company doing their best to incorporate more of a cooperative aspect to their games. The recent Shiny Zeraora max-raid event (the goal of beating it over a million times has, as of today been reached by the way!) is a perfect example of this. I’m not that into multiplayer experiences, but I appreciate their attempts to make Pokémon a much more social experience. It’s always more fun to play with a friend after all. Pokémon Unite will hopefully bring such an experience to the fans in a big way and might attract new players to the franchise as well.

It’s also going to be interesting to see how much Pokémon Unite will be supported, how high the push for it will be. This game is ideal to become an Esports title like its big cousin League of Legends. Pokémon have held tournaments of the different facets of the franchise for years, with the Competitive Videogame League and the TCG tournaments, but these events have always stood on its own, not really a part of the larger Esports scene. With Pokémon Unite, we might see Pokémon make their entrance to this larger Esports scene and how that will affect the franchise would be very interesting to see indeed.

So in short: Pokémon Unite is a brand new cross-platform (play) MOBA game. It being positioned as the next big thing for Pokémon, a cooperative team-based experience that the core series can’t/won’t provide. Will not very excited, I’m open to the game. While I’ve never been interested in MOBA games and I’ve got problems with it being a free-to-start game I think it can bring a lot to the table. A true cooperative Pokémon experience, entrance to the larger Esports scene, new people discovering or coming back the franchise and most important of all: having a lot of fun with your friends. The game is on my radar now, let’s see if it manage to stay that way.