Could this be the end for the JLA? 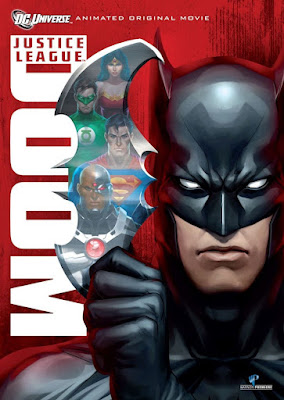 So Justice League: Crisis on two Earths, which I reviewed last month, performed well enough for DC to green-light a "sequel", released two years later in 2012. The word sequel is in quotations here because while the movie was advertised as such, it really isn't one in the conventional sense. The movie has the same line-up for the Justice League and has many of the same people behind it, but the animation is different and the story of the two movies don't really line up with each other. If you can call the movie a sequel or not is trivial though, what matters is the quality of the movie itself, which I can tell you right now is quite good. The story is a loose adaptation of the comic book story-line JLA: Tower of Babel, taking the basic concept of the story and adjusting it for the members of the league involved.

I do feel the need to mention one more thing before I get this review started proper. The movie is dedicated to Dwayne McDuffie, a writer and producer who died from complications during open-heart surgery. McDuffie was this movie's writer and had also been involved with Crisis on Two Earths and as the movie is dedicated to his memory, I feel uncomfortable not at the very least mentioning this. Well then, let's start off with the traditional movie set-up/summary.

After the Justice League foils a robbery attempt by the Royal Flush Gang, an injured Batman returns to the Bat-cave. Unbeknownst to him, however, Mirror Master has hidden himself inside the Bat-mobile's rear-view mirror and steals certain files from the Bat-cave for his employer, Vandal Savage. Savage subsequently invites members of the League's rogue gallery and offers them a deal: use the stolen plans to kill each member of the Justice League and be rewarded with an insane amount of riches and a potential place in his bigger goal. The villains set out and successfully incapacitate each and every member of the League, but will this be enough? What is Savage planning and how does Cyborg fit into all of it? You'll have to watch the movie to find all of that out.

Justice League: Doom is, to me, superior to its predecessor in virtually every way. The one, big, thing that the movie really does so much better is that the story is better paced and puts the focus more on the members of the League themselves. Crisis on Two Earths second act was a string of fight sequences that, while fun, broke up the pace and not every character really got the amount of attention or screen-time they deserved. This movie fixes both of these issues. The threat that the Justice League face is more personal, there's more emphasis put on them as characters and with fewer characters for the movie to deal with, there is more time for them to shine. The story of the movie is also much more streamlined, resulting in better pacing.

Lastly, the movie features a different voice cast with many of the iconic voice actors returning to voice the heroes, villains and even some side-characters. Kevin Conroy is back as Batman, Tim Daly is Superman and I find it all very ironic that many of the DC Animated Universe (DCAU) voice actors are back for this movie but not for the movie that started out as a part of the DCAU in the first place. Aside from that, the animation, fight sequences and soundtrack are all excellent. Any fans of Young Justice will no doubt recognize many of the character models here as, fun fact, the two share the same character designer. At a quick glance, you could confuse the movie for being part of that universe and I wouldn't blame you if you did.

The movie has a lot of improvements, but it's far from perfect. Story-wise, the third act is the movie's weakest part. Vandal Savage, as a character, is good in the movie but his final plan isn't all that interesting. It basically boils down to: I want to rule the world by destroying the world and that's just not very interesting, especially compared to the very personalized almost Saw-like live or die scenario the Leaguers find themselves in at the middle of the film. The final battle also lacks the "wow" factor I feel and the ending of the movie could have used a few more minutes to tie everything up in a much more satisfying fashion.

The movie clocks in at 77 minutes and that feels a little short. Like I just said, the ending could have used a little more time but there are also some smaller moments, potential plot points that are introduced but never really followed up on which is a bit frustrating as I'm very interested in seeing those plots develop more and actually getting resolved.

As it stands though, Justice League: Doom is a great movie. It's an improvement over its predecessor, as you would expect from a film that is (if you squint your eyes) a sequel. It's better paced, puts more emphasis on its characters and is still well-animated, well voice acted and just plain fun. If you liked Crisis on Two Earths, or are just in the running for a good DC movie, I can highly recommend you watch Justice League: Doom. It might be a bit hard to find it these days (I think it currently streams on DC Universe but don't quote me on that) but it's well worth the effort. 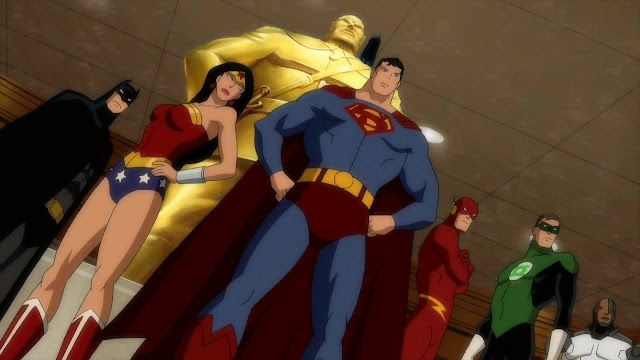