The Arrowverse: which show(s) might come to an end?

Or a bit more accurately: how many more seasons will there be? 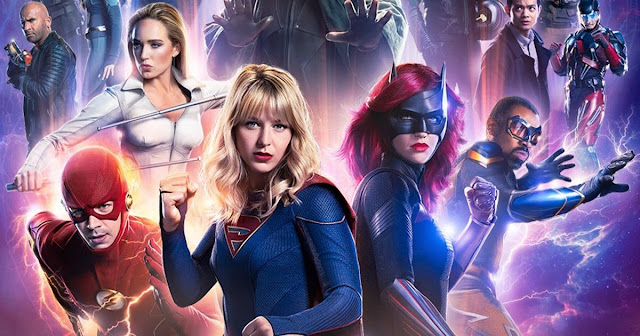 The CW has seen great success with DC comics shows so far, but while the critical reception is still good for most of its shows, the ratings have been going down.

Nothing lasts forever and these shows will end someday and while all of the current shows are confirmed to return in 2021, joined by the brand-new Superman & Lois Lane show, how long will all of the current shows remain on the air for? I've compiled a bunch of data, from the ratings to what critics have said about the series and how the fandom regards them, to answer this question by trying to determine one thing: how many seasons do each of these shows still has left in the tank?

Before we begin, I'd first like to list the sources that I've used here for transparency sake. I've based my conclusions on the shows Nielsen Ratings, Rotten-Tomato score, general fan opinion which I've come across online through multiple sources like twitter and my own personal views. Yes, I know that Rotten-Tomatoes isn't the most reliable of sources, but it is that was the most complete and I limited myself to the certified critics score only. While I've done my best to cement this list in data at the end of the day these are going to be my personal views and opinion on the matter. A very well educated opinion, but an opinion nonetheless.

From all of the shows in the Arrowverse, The Flash is the easiest for me to predict its future. It is the highest-rated Arrowverse show with season 6 having 2.25 million average watchers and the only show to even get more than 2 million viewers. The Flash is also the most popular and recognizable character from each of the leads and the show is relatively easy for new viewers to get into. I can list more reasons why The Flash is the least likely show to end right now but thanks to statements made by actor Grant Gustin, who portrays the Flash, I don't have to.

Before the Corona Virus forced the production of all of the Arrowverse shows to shutdown he was in the middle of contract negotiations for an 8th and 9th season and I just don't see him mentioning this and then backing out and not returning. Even with his statement that doing the Flash has costs him some very high-profile roles, he's also stated that he still enjoys doing the show regardless and there are ways for him to do both The Flash and take on other projects as well. I've discussed such options in an earlier post I did, which you can check out here if you're interested, but to quickly give the relevant point: shortening the season might be an option. Even if these 2 extra seasons get a shorter episode order, I'm pretty confident in saying that these seasons are coming.

Ironically, while Supergirl is a character known for being able to fly, she really isn't soaring high at the moment. When it comes to the ratings and its critical reception, both are definitely good but last season saw some series low-numbers. Supergirl is a pretty recognizable character which you can attribute to her having the 'Superman' branding and it has other very popular characters on the show, Lex Luthor and Martian Manhunter, but this downward trend is troubling. Yes, every show's viewership shrinks the longer it's on the air, a natural phenomenon in the TV industry, but the deck is slowly starting to stack against it. Season 6 is going to move to the mid-season next year due to Mellissa Benoist's pregnancy and such a change is always tricky.

The upcoming Superman & Lois Lane series might end also end up overshadowing it It features Superman himself after all and you just know that Lex Luthor will make the jump to that show, it would be a crime if he didn't. Lastly, I would say the show has become rather political. The writers have never shied away from including storylines ripped from the headlines, but it has doubled down on this approach in the last two seasons and while that's not bad on its own but landing such stories is tricky and might turn people off from the show. Supergirl isn't bad at all, but because of all these factors, I don't see the show lasting that much longer. I think the season 6 could very well be it's last, but I do see a final, 7th season to give the show a proper ending.

Conclusion: maybe one more season, at most.

The CW has announced that Supergirl will wrap up with its upcoming 6th season, slated for a mid-2021 release. The production troubles related to the Covid-19 pandemic and the decline in viewership over the course of season 5 are stated to be the reasons for the network to let the show end after a final batch of 20 episodes.

With that, the first show on this list & the second Arrowverse show overall will be coming to an end.

Next up on the list is by far the weirdest show in the Arrowverse, and quite frankly the entire CW, Legends of Tomorrow. One thing I learned during this research is that a long-held belief I had about the show turns out to be wrong. For the longest time, I thought it was the lowest-rated, but highest critically received show in the Arrowverse but that turns not to be the case. It's actually second in both categories, which doesn't have too much of an impact on my conclusion here but is just a fun little anecdote for you. The ratings might not be the greatest, but it scores above 1 million consistently and the strong critical reception certainly works in its favour here. Legends is very different from the other shows, being weird, wacky and definitely an acquired taste. This is both its bane and boon. It might be a bit difficult for the show to attract a new audience, but having such a unique show your network can be a drawing point as well.

You can only get such a unique show in one place after all. Aside from that, I feel Legends has a high chance of sticking around for how the show is built. It was originally marketed as a team show, one that brought together characters from all over the Arrowverse and while this aspect has been a bit lost in later seasons they could always bring it back. Even if a show comes to an end they could still keep popular characters on TV by bringing them over to Legends. The show is also known for reinventing itself. It has undergone a big change from its rather lacklustre received 1st season, which I've talked about in the past and you can also check out through a link here if you're interested, and even to this day it regularly changes up its formula. Legends might not be the best-watched show, but its high critical reception combined with the show ability to changes its wheels give it a lot of potential.

Conclusion: I'd say the show could definitely run at least the same amount of season Arrow did at 8 seasons, meaning 2 more seasons added to its life-span.

So, if Legends isn't the lowest-rated of the Arrowverse shows and I thought it was, who is? Well, that's Black Lightning. Black Lightning is the only show that doesn't manage to attract more than a million viewers on average, with season 3 only getting an average 0.97 million viewers per episode. It is the highest critically received series though, so it's got that in its corner. Still, I don't see it going that much longer. While the show is undeniably good, it clearly has trouble finding and keeping an audience. I think that, in part, that's due to how the show is treated by the network.

Just like with Supergirl, Black Lighting was set in a different universe than the other shows and remained very separate because of that. It only entered the Arrowverse during the Crisis on Infinite Earths crossover, but even then it didn't feel quite right. I don't watch the series personally, though I do to check it out soon, Black Lightning was really only in the crossover for a couple of scenes and from what I've heard from fans he didn't really feel like himself. Not much else to say really. Its low ratings combined with it not really feeling apart of the larger whole and having trouble in finding an audience: it all points to the shows days being numbered.

Conclusion: maybe one more season to give the series a healthy 5 seasons, but I really don't see any more seasons happening.

Update (21-11-2020)
And another one bites the dust. The CW has announced that Black Lightning will come to en and after their, now in development, fourth season. That the third Arrowverse show to come to an end.

Lastly, there is Batwoman. From all of the shows, it's clear to me that its future can go either one of two ways. It will rise or die depending on how its 2nd season performs. It's no secret that Batwoman hasn't been performing as well as DC and the CW had hoped. Its 1st season averaged around 1.66 million viewers and critically it hasn't really performed well. The season wasn't what it could have been and the situation isn't helped by Ruby Rose unexpectedly stepping away from the titular role. This was certainly unexpected and put the future of the show and the character of Kate Kane in jeopardy but it might also be a blessing in disguise.

While unconfirmed at the moment, a leaked casting call from a reliable source revealed that The CW isn't going to recast the role of Kate Kane as expected but is instead going to bring in a completely new character to be Batwoman. Ruby Rose's exit marks the unique opportunity to reinvent the show and final turn it into the success everyone has wanted it to be. Depending on how this 2nd season turns out, Batwoman might have both rather long or rather short future ahead of it.

Conclusion: depending on how it sophomore outing goes, it might have many more seasons under its belt, presumably up the 7, which is the number the CW seems to contract its actors for, or it might not get any more seasons at all.

So, that's my assessment of the future of all of the Arrowverse shows. In the end, all of these conclusions are just my opinion but I've done my best for each and every one of them to have some basis in facts and did my research. Do you agree with these assessments or do you think that I'm way off on some, if not all, of them? Leave a comment below if so, but please, do keep it classy.