Fitting the game to a (Sinis)tea.

The month of June was a very special month for Pokémon fans: it saw the release of the very first bit of DLC the franchise has ever had. The first part of the Sword & Shield expansion pass: The Isle of Armor. Originally revealed at the beginning of the year, the Isle of Armor was advertised as being about growth and featuring an island that was one big Wild-Area, camera control and all. How does this expansion stack up? Is it worth your time and money? The Isle of Armor is a good and enjoyable experience and if you're already a fan of Pokémon Sword & Shield, it definitely is. If you weren't impressed by the base-game, I'm not certain if it is for you.

The Isle of Armor is an island, based on the Isle of Man, located east of Galar. You arrive there by train and Corviknight and once there, you immediately have a run-in with your new rival. The Poison-type user Klara in Sword and the Psychic-type specialist Avery in Shield, who are training at the Islands Master Dojo to become gym-leaders. After a miscommunication, you end up training in the same Dojo under the master and former Galar Champion: Mustard. Mustad's training at the Dojo consists of three trials. If you complete them all, you'll receive the 'Armor of the Dojo', the legendary Pokémon Kubfu. Brought to either the Tower of Darkness or the Tower of Waters, Kubfu will evolve in either Single-Strike Urshifu or Rapid-Strike Urshifu.

The story is where I have my first criticism: it's (too) short. It will take you around 4-5 hours to finish the expansion which is exactly what I figured it would be, yet the story feels too short because these 4-5 hours are padded. A lot of time, you're simply getting from A to B and/or navigating the island. An upside to the story though is that, just like with the base-game, the characters all a lot of fun. They're well designed, have a lot of personality and makes the short story much more memorable. Don't get me wrong: I had fun with the story and I found it enjoyable, but it lacks substance.

What I found a bit weird during playing is the ratio between fighting and exploring. Don't get me wrong, exploring the island is a lot of fun but as this part of the expansion was promoted as being about 'Growth', I figured it would focus primarily on battling, which was not the case. There are zero trainer battles while exploring the island and even if the story presents an opportunity for a fight, it doesn't take it. It's not a bad thing necessarily and there are actual trainer battles in other places but I figured there would be more.

Speaking of exploration, the Isle is amazing. The graphics are the same as the base game but it's designed so much better and it still has the same awesome soundtrack as the including a few brand-new tracks.

The Isle is what the Wild Area should have been. In my Re;View on Sword & Shield, I said that the Wild Area itself was lacking in design and variety while in the rest of the game, as the routes and cities, the design was very good and even stunning at times. The Isle is a combination of the two. You've got more varied areas like forests and caves alongside more verticality and a ton of hidden passages and areas. It's also less linear, I found myself getting lost in the forest quite a few times in the beginning due to the different routes you could take, which makes the Ilse a lot more interesting. GameFreak themselves said that the Isle was as big as the normal Wild Area, but I don't know. With the added verticality I got the feeling it's quite a bit larger.

One of the big selling points for the Expansion, for old fans at least, was that more Pokémon would be added to the game. 'Dexit' was the big controversy surrounding Sword & Shield and the biggest one the franchise ever had to deal with for that matter. It's still haunting the community to this very day! Before you ask: No, the Expansion pass isn't an excuse to sell you back to your favourite Pokémon. Even if you haven't bought the expansion, the Pokémon are still available to you through a free software patch. You just have to get them through trading or transferring them over from older games, as it has always been. In total, 110 Pokémon are added back in and there's some good variety here.

There are some popular Pokémon here like Zoroark and Alakazam, but also some less popular ones like Dedenne and Lickilliky. They didn't just pick the most marketable ones is what I'm trying to say and together with the 100 Pokémon returning from the base game, it makes for a good and balanced roster. They're also some new Pokémon added to the mix here; Galarian Slowbro and the earlier mentioned legendary Pokémon Kubfu and Urshifu. New Gigantamax Pokémon are also added for the Galar starters, Venusaur, Blastoise and two for newcomer Urshifu. You can get these by making Max Soup, which also offers you the ability to get Gigantamax Pokémon outside of raids. Not a bad selection or number but I was disappointed that there wasn't at least one new Pokémon here to surprise players.

While there are no real surprises when it comes to the story nor the Pokémon, that doesn't mean that the Isle of Armor has no surprises in-store at all! Following Pokémon, level scaling and side-quests, features fans have been asking to see (return) for ages are all here. In true Pokémon fashion though, and in-line with Sword & Shield itself, the execution of these features aren't the best: they're unnecessarily limiting. You're Pokémon can only follow you on the Isle of Armor itself for starters, and the level scaling only has two settings: lv.10 or lv.60 meaning that if you start it anywhere but at the very beginning or at the very end of the game you won't find any challenge here. Don't get me wrong though, while I wish that these weren't so limited, what is here is still good and enjoyable.

The one big side-quest, the hunt for the 150 Alolan Diglett is a lot of fun. It's basically the Koroks from Breath of the Wild and there's nothing wrong with that. It makes exploring worth your while, you'll always find a Diglett of the tow while doing so, making said exploration feel very rewarding and the actual rewards are pretty neat as well.

So, what's my verdict? The Ise of Armor is a good and fun experience and anyone who enjoyed Sword & Shield will find this expansion worth the investment, no doubt. If you didn't like the base game, this won't win you over as the expansion is like the base-game just with a slew of improvements. You got a very enjoyable story with a very well designed new location and a slew of returning and even some completely new Pokémon and some nice new and returning features to boot. The story is also way too short, the new features are unnecessarily limiting and things like the graphics are still the same as the base game and if you found that a problem there, you'll find it a problem here.

But if you're still uncertain, if you're thinking about getting it but haven't decided yet, I think you should give it a go. Even with its problems, it's a very enjoyable and fun experience and while I was playing I could feel the developers put a lot of effort into it too, at the very least, justify its 30 bucks price-tag. And hé, this is only the first part of the expansion pass. The Crown Tundra, advertised as the bigger one of the two, is still to come! 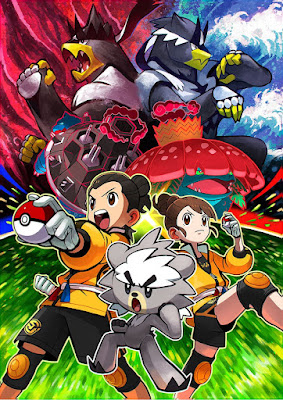