Let's Talk About that Pokémon Presents (June 17th) and speculate on what's still to come!

Game Freak dropped a Pokémon Presents on us last week, let's discuss it! 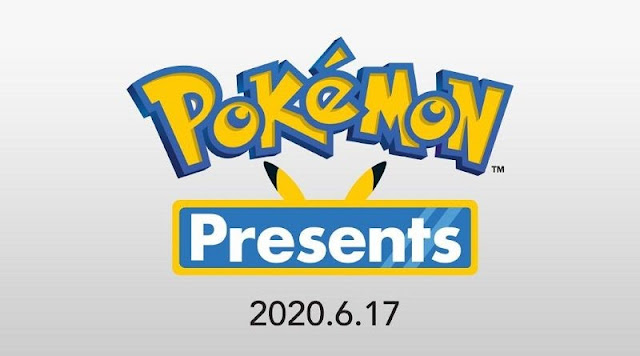 Last week not only saw the release of the Isle of Armor, the 1st part of the Pokémon Sword & Shield expansion pass, but also a Pokémon presents online presentation. While I wanted to drop this post on you as fast as possible, maybe even the same day like I managed to do with the 2nd expansion pass trailer, real-life got into the way of that plan. Thankfully the One-Shot on Action Comics #1022 had already been completed way in advance so I at least wouldn’t miss a day but most of the momentum of the presentation would have been long gone after Friday. Still, I wanted to share my thoughts on the announcements and I think I’ve been able to come up with a way to do it.

I’m going to combine my thoughts on the new games with all of the speculations I have on what Wednesdays Pokémon Presents might be about and tie them up into one neat little package for you all! This way, I get to talk about both and hopefully grab at least a little bit of early momentum for Wednesday. So buckle up folks! Here are my thoughts and speculations on all of the Pokémon news! 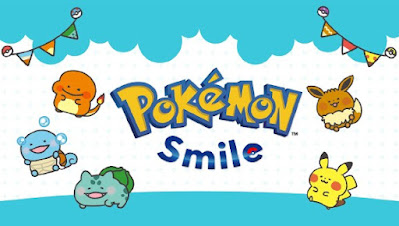 Not much to say about this one. I like the art style they’re going for here. The Pokémon are simplified, much rounder with nice big heads, reminding me of Nijntje a little bunny featured prominently here in the Netherlands on all sorts of toddler and young education-related things. I think it’s a neat idea and it fits into something Nintendo as a company has slowly been building towards. Nintendo has always flirted with applications that promote good health, stuff like Wii fit, the more recently Ring Fit Adventure and they also recently patented an application that projects image on walls and ceilings to help people fall asleep. The company has said not that long ago that they are working on increasing their focus on such projects. With Pokémon Sleep, which we’ve heard nothing of since its announcement last year, the Pokémon company had already shown its support for this direction so in retrospective, I can’t say I’m surprised with Smile at all. 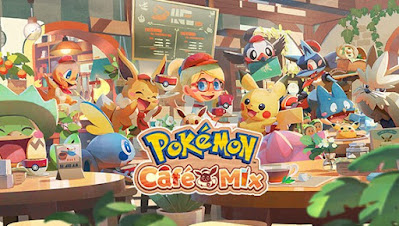 Pokémon Smile was followed up with Pokémon Café Mix, a puzzle game to be released on both the Nintendo Switch and Smart devices. In this game, quoted from the official Pokémon website, “you link together Pokémon icons to solve puzzles. As you play, you also create a bustling café full of Pokémon customers”. It will be a free-to-start game, meaning that they’ll be microtransactions and/or loot boxes in it which I find very disappointing.

I’m against such business models, but oh well, not like I can do anything about that. The game does look interesting though. I like Pokémon continuing its small addition of bringing out puzzle games like Pokémon Trozei! and Pokémon Puzzle League and the visuals look stunning. Still, I’m not going to play because of the microtransactions/loot boxes that will be in there, I don’t want to support such games. Also: why release on both Switch and Mobile? Why not just Mobile as that’s clearly the most convenient option for this type of game? It baffles me. They’ve got the release date of Pokémon Café Mix set as ‘soon’ and I honestly wouldn’t be surprised if that meant ‘we’ll shadow-drop it right when Wednesdays Pokémon Presents starts. If not, I still think that it’ll only be a few short months before release, somewhere in August I’d say. 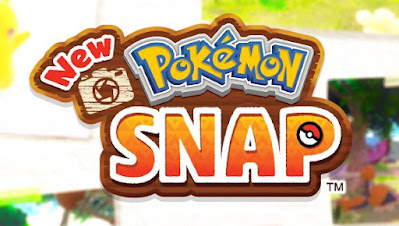 Announcement nr. 3 is definitely the big one of this presentation. After 20 long years, Pokémon Snap is finally getting a sequel: New Pokémon Snap (really imaginative there guys, I can see you’ve thought long and hard about that one). Pokémon Snap was released way back when on the Nintendo 64 and is best described as an on-rails shooter, but instead of guns, it has you take pictures. You’re led through a course on a cart and you’re tasked with snapping (get it) pictures of wild Pokémon. The point of the game is to rack up a high score by making the best photo’s.

The game is very different than the usual Pokémon fare but its adored by fans and demand for a sequel has been strong ever since the Wii days. I personally never played Pokémon Snap and don’t really have the intention to do so either, but I can see why others love it so much. It’s all about the presentation. You get to see highly detailed and expressive models (for the time) of all your favourite Pokémon interacting with each other in this little world. Seeing two Pikachu’s playing with each other, A Pidgey soaring above your head and the fun in seeing how the Pokémon react to your own actions and how to open up new pathways to get to hidden areas and Pokémon, that’s what I think makes Snap so beloved. And from what I can tell, New Pokémon Snap seems to be quite the experience on this front as well.

The games are developed by Bandai Namco and judging from the trailer they’ve done one hell of a job in the visual department. The Pokémon are beautiful, detailed and react with each other in unique ways while the world its self looks stunning. I don’t think I’ll be playing the game myself but there’s no denying that Pokémon will finally give something many fans have been waiting on for years and that’s OK in my book.

New Pokémon Snap also seems ripe for a slew of updates after its release. The announcement trailer stated that instead of just one island, this game will feature multiple ones and my mind immediately went to: ‘oh, so that means they can add in new islands later’. The original Pokémon Snap was well received, but it did get criticized for its relatively short length and only featuring 63 of the then 151 known Pokémon. Giving New Pokémon Snap more content in the form of updates wouldn’t only address and fix these ‘faults’ of the original but also give people a reason to keep coming back to the game which I do think it’ll need to do if it wants to succeed beyond the already existing Snap fans. There’s no telling if the game will see any updates after its release, but I think it would be a wasted opportunity, a mistake if it didn’t. 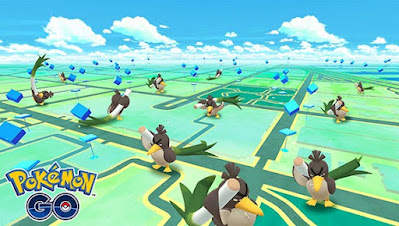 Following up on the crowd-pleaser we have a few short Pokémon Go announcements. The Pokémon GO fest is held digitally and globally this year instead of a set location (take a guess why), that Victini will be the star of the event and that Galarian Farfetch’d has been added to the game as well.

What was the most intriguing to me, and the biggest of the Pokémon Go related announcements, is that Mega Evolution will be brought to the game this year. No word on when exactly or how they’re going to adjust the mechanic to work within the confines of Go, but I’m rather pleased with it. I still really like Mega Evolution (though not as much as I once did) so seeing it getting more exposure by getting added to Go is appreciated. It shows that Game Freak hasn’t forgotten about it completely and gives me hope that we might see it return to the core series someday. 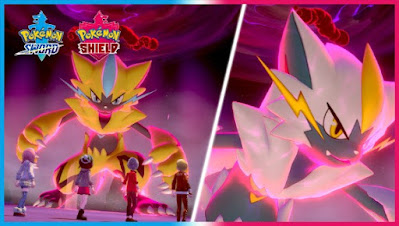 Lastly, a little attention was given to Sword & Shield. The Isle of Armor, its first expansion, launched the same day and as many suspected they announced that we’d be able to play it right after the end of the presentation. A new Max-raid event was also revealed. Starting June 17th and running until June 28th, the mythical Pokémon Zeraora will appear in Raid Dens. You won’t be able to catch it, but that’s not the point of this event.

If during that time, the community manages to defeat Zeraora more than 1 Million times, everyone will be rewarded with a Shiny Zeraora! I’m all up for this event. With Pokémon Sword & Shield, Game Freak has started to focus on giving players a reason to keep playing and make the experience more social and this fits neatly into that. Letting the entire player-base team-up for a mythical Pokémon, which is very difficult to get your hands on, is great and it being shiny will seal the deal for many players. And one upside on having been so busy: as of last Friday there have already been a quarter of a million Zeraora who bit the dust, so I’m confident that we’ll all welcome that shiny one to our teams soon!

With all of that out of the way, let’s move on to speculation about the upcoming Pokémon Presents as I promised. At the very end of the presents Tsunekazu Ishihara, President and CEO of the Pokémon Company, announced that Game Freak was currently working on a big project which will get its very own presents this coming Wednesday, June 24th. Fans have been speculating like crazy what this big project could be and the two most prominent suggestions that I’ve seen pop-up are a new set of Let’s Go games, set in Johto, or that the Diamond & Pearl games will (finally) get a remake.

My money is on the Let’s Go games. Not just because of the many, many Johto Pokémon that sat on the shelf behind Ishihara (though they do reinforce the idea), but because I think it makes the most sense out of the two options. Sure I think a Diamond & Pearl remake will happen and I want it to happen, I talked about that in last weeks Let’s Talk About even, but I think it’s too early. Pokémon has had, for better or for worse, a rather consistent release schedule the last few years. One core series game every year, somewhere in November right before the holiday season. It’s only logical to conclude that whatever they’re going to announce Wednesday will be this year’s holiday seasons title.

However, the 2nd part of the expansion pass, the Crown Tundra, it’s slated to drop in that very same period and I doubt that they would release those two so close to each other. The remakes would overshadow the expansion I feel, plus, I really don’t want them to rush these games. It was the reasons, I think, for many of the problems that plague Sword & Shield and I don’t want Game Freak repeating those issues. Releasing Let’s Go games instead will give them more time to work on the remakes while they focus on a less taxing project. They’ll still keep themselves to their yearly release schedule, again for better or for worse, and still give a game many people have been asking for. Pokémon Let’s Go! Espeon version & Pokémon Let’s Go! Umbreon version, I’m calling it now!

So those were my thoughts on the stuff announced, and what I think might be announced. Do you agree with me? Do you think that Wednesday will see the announcement of Johto Let’s Go games? We’ll find that out soon, won’t we? See you then!